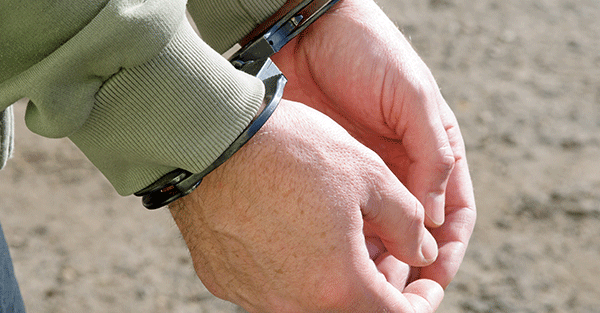 Curry house owner jailed for six years after customer dies from nut allergy … Paul Wilson’s parents Margaret and Keith said he loved curry but was always clear with staff about his allergy, asking for his meals not to contain any peanuts … Businesses have been warned to take allergies seriously after a restaurateur was imprisoned for six years for killing a customer by selling him a curry containing peanuts. -Sydney Morning Herald

This is a very sad story about a young man who died after eating peanuts in an Indian dish.

He tried to make sure that the dish he ordered didn’t have peanuts, but it did.

Now the owner of the restaurant, Mohammed Zaman, 53, has been convicted of manslaughter because of Paul Wilson’s death.

Under a new law, he is responsible for Wilson’s death.

Mr Wilson, who was meticulous about his condition, had asked for a chicken tikka masala with “no nuts” but his takeaway curry from the Indian Garden in Easingwold, North Yorkshire, was cooked with a groundnut mix containing peanuts.

Police and prosecutors said the case sent a very clear message to the catering industry.  Martin Goldman, chief crown prosecutor for Yorkshire and Humberside, said: “If you ignore your responsibilities and regulations and put lives at real risk then we will not hesitate to prosecute.”

A jury at Teesside Crown Court heard how Zaman, who had run up £294,000 ($589,000) debts in his six restaurants in North Yorkshire, was cutting costs by using cheaper ingredients and employing untrained, illegal workers. The prosecution said the owner had “put profit before safety”.

We can see the British government is very serious about this new law. But unfortunately such laws seem to work after-the-fact, if they work at all.

In fact, there’s no real evidence that we know of regarding the effect punishments have on people. We’ve read for instance that the death penalty doesn’t discourage people who want to commit murder.

Many believe that putting people in prison may make them less likely to commit a crime in the future, but statistical evidence shows just the opposite.

Even several hundred years ago, penal systems were quite modest. It is the explosion of modern central banking, and all the currency it produces, that has allowed modern penal systems to grow to grotesque sizes.

Importantly, state mandated punishments tend to remove the private sector from the business of surveillance.

For instance, less than a month before Mr Wilson’s death a young woman had an allergic reaction after eating a chicken korma from a Zaman-owned restaurant.  She was saved with an injection of adrenaline.

But Wilson apparently didn’t know about her.

A “trading standards officer” visited the restaurant just a week prior to Wilson’s death and found peanuts in a peanut-free dish.

The staff was warned that they needed to tell all customers they used peanuts.

We can see that neither supervision of the restaurant nor a new law that says all businesses must provide specific details of allergenic ingredients helped save Wilson.

Meanwhile, putting Zaman in jail has probably doomed his restaurants and hurt his family.

It hasn’t brought Wilson back to life.

Conclusion: If there were fewer laws and less prosecution, the private sector might be more aggressive about deterring bad practices.  At the very least, people would not feel a false sense of protection and presumably would adjust their behaviors accordingly.