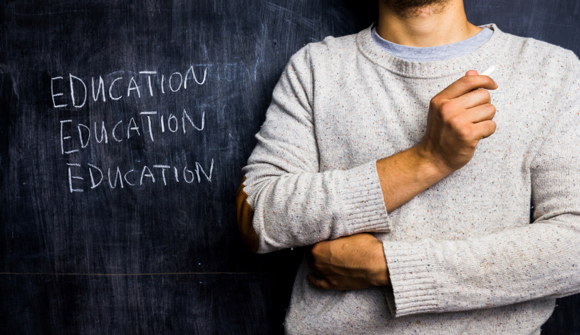 Happy Friday everyone. Here’s our weekly roll-up of some of the most bizarre (and occasionally happy) stories from around the world that we’re following:

The New York Post recently published remarks from one training session, in which the instructor defined ‘racial equality’ as favoring non-white students over white students, regardless of any other circumstances.

In another session among NYC school superintendents, attendees were asked to discuss various life experiences that inspired them to fight for social justice.

One high-ranking school official– a white, Jewish man, described his family’s experience in the Holocaust and Nazi concentration camps.

He was publicly chastised by his own colleagues, with one woman saying “This is not about being Jewish! This is about black and brown boys of color only. You better check yourself.”

According to a middle school teacher interviewed by the Post, the training teaches ‘replacement thinking’ and encourages educators to become ‘liberated’ from their ‘whiteness’.

Australian man fined for giving money to a homeless man

A motorist from Perth, Western Australia named Luke Bresland was fined A$50 earlier this year when he gave A$1.50 (that’s a little more than 1 US dollar) to an apparent homeless man who washed his windshield while stopped at a traffic light.

When the light turned green, Mr. Bresland continued on his journey, only to be pulled over by a local policeman.

The policeman asked him if he had given money to the homeless man, and then cited him for violating a local ordinance.

Under local law, it is illegal for anyone in a vehicle to buy or offer to buy an article or service from a person who is on the road.

Citations under this law are so rare that one prominent local lawyer in Perth claimed he had never heard of it, and congratulated the police for finding a law that even lawyers were unfamiliar with.

Mr. Bresland entered a NOT GUILTY plea and prepared to fight against this absurdity in court, prompting local police to withdraw the charges and rip up the citation.

One small victory for common sense this week.

It’s official: You can record the police in public places

You’d think it would be obvious that you can record anything in a public place– people, plants, pets, even police.

But there have been countless arrests of people who were charged (and subsequently manhandled) for recording police, even in public spaces.

The arrests finally subsided last December after a federal judge in Boston ruled that it is unconstitutional to arrest anyone for recording public officials, even if they are doing so (or attempting to do so) in secret.

Since 2011, in Boston alone, at least eleven felony cases were filed in court against people who were recording the police in public; they were all charged with violating an obscure state wiretapping law.

Last week the same judge reinforced that decision and ordered the Boston police department to inform all of its officers that people have the right to record the police anywhere in public during the performance of their duties.

CPS agent strip searched young children in their own home

In 2017, a Kentucky mother named Holly Curry popped into a local cafe to buy some muffins. She left her children in the car– it was a cloudy, 67 degrees (about 19C).

Within 10 minutes, the cops were already on site, telling Curry that they were calling in Child Protective Services.

The next day, a CPS official arrived to Curry’s home and demanded entry, claiming that any refusal would result in the forfeit of her children.

The official was allowed inside and began to ask questions of Curry. Then, without asking for Curry’s permission, the investigator took the three children and undressed them all, down to their genitals, to check for bruises and signs of abuse.

Curry was eventually found not guilty of child neglect. But she filed a federal lawsuit to protest this gross perversion and invasion of privacy on the part of government officials.

We’re particularly interested in the outcome of this as it may be an important precedent in either reining in this sort of disgusting abuse of power… or additional license to let it continue unchecked.