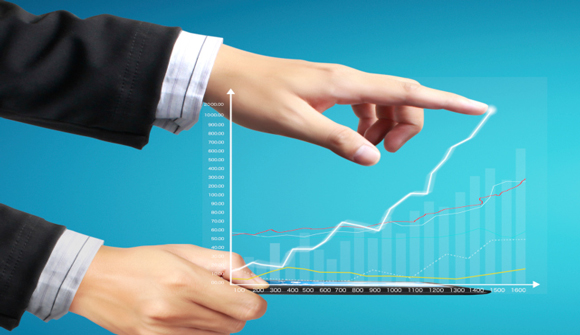 Stock market rigging is no longer a 'conspiracy theory' … The stock market is rigged. When I started making that claim years ago — and provided solid evidence — people scoffed. Some called it a conspiracy theory, tinfoil hats and that sort of stuff. Most people just ignored me. But that's not happening anymore. The dirty secret is out. – Justohn Crudele/New York Post

Dominant Social Theme: The good times are back. Just look at the stock market.

Free- Market Analysis: The stock market has moved down hard these past few days and perhaps there is more to come. The moves allowed the New York Post's John Crudele to readdress a favorite topic of his, which is market-rigging in the US and abroad.

His most recent article seems to have made a stir, puncturing a favorite elite market meme: The market is going up because the economy is recovering.

Ed Yardeni, a longtime Wall Street guru who isn't one of the clowns of the bunch, said flat out last week that the market was being propped up. "These markets are all rigged, and I don't say that critically. I just say that factually," he asserted on CNBC.

Yardeni's claim is the most basic one: that the Federal Reserve won't do anything that will upset Wall Street and, in fact, is doing all it can to help the stock market.

But there are other recent claims that come closer to the bull's-eye, even if the archers don't quite see what they are hitting. The Wall Street Journal carried an intriguing story on March 11 about how the Bank of Japan was "aggressively purchasing stock funds." (The Journal is owned by News Corp., the parent of The Post.)

"By directly underpinning the market, [Bank of Japan] officials have tried to encourage private investors to follow suit and put more money in stocks in the hope of stimulating the economy and increasing inflation," read the report with a Tokyo dateline.

The reasons given for the Bank of Japan's interference, as we can see, are altruistic in some sense. Forcing averages up is going to give the average Japanese investor a sense of excitement that may encourage him or her to invest as well. The economy will improve. Prosperity will expand.

Crudele uses the Japanese market rigging to generate other speculations on how market manipulation works in the biggest sense. It's his theory that the Bank of Japan and perhaps other central banks around the world are dipping into US stock markets.

The idea is that the Fed might be reluctant to take such actions for fear of discovery, but that other collegial parties might be involved.

Perhaps this sounds far-fetched, but more than a year ago, Crudele points out, it became known that the Chicago exchange that trades options and commodities had created an incentive program encouraging foreign banks, including central banks, to buy discounted equity derivatives contracts.

Such contracts (think S&P futures) are an easy way to move markets up and down – usually up. Crudele counsels that market losses these days are usually followed by S&P futures buying. "It almost always occurs," he writes.

US stock markets are not immune to direct manipulation, however. Crudele claims that during 2008 when the entire economy was unraveling at a rapid clip, phone logs he received show regular contact between then Treasury Secretary Hank Paulson and Wall Street banks such as Goldman Sachs. The phone calls and stock market rallies seem to have a relationship, he indicates.

Crudele points out that companies may be able to force equities higher when they embark on stock buybacks that take shares out of the market. However, there are other kinds of possible manipulations that Crudele doesn't get into. Computerized trading is one of them.

But the biggest manipulation of all is simply the endless stimulation that central banks have embarked upon.

Japan, the EU, the US and China are all rapidly printing money despite various denials and equivocations. Is this coincidence or a globally coordinated buying effort that may be orchestrated by top bankers and the Bank for International Settlements itself?

Our point for well over a year now is that this latest Wall Street Party has been orchestrated via money printing and regulatory adjustments that have had the effect of forcing averages up.

We've been consistent, pointing out that these manipulations provided investors with a significant window of opportunity, provided they were properly hedged and practiced appropriate asset allocation.

Is the current market downturn the end of this manipulative effort – if that is what it is? Such time related speculations are difficult to predict, indeed. But even a deep retrenchment would not necessarily end this faux bull market.

However, when the market finally does move down definitively, we have a feeling it will be a resounding crash. In the meantime, profits have been gathered – and maybe, just maybe, there are more to come.