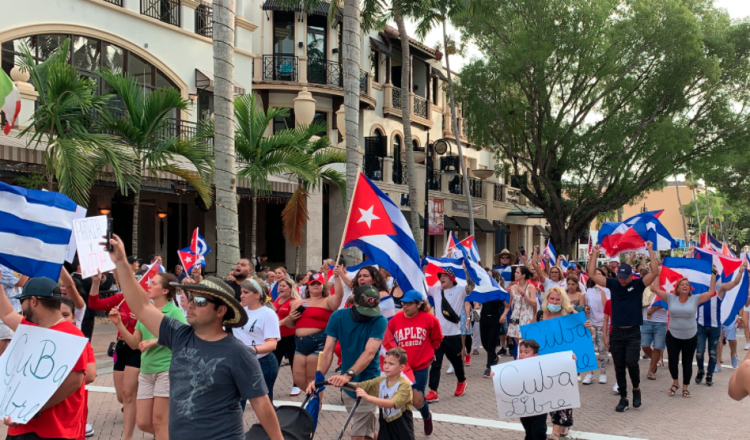 A New York Times article about the protests in Cuba starts:

“Shouting ‘Freedom’ and other anti-government slogans, hundreds of Cubans took to the streets in cities around the country on Sunday to protest food and medicine shortages, in a remarkable eruption of discontent not seen in nearly 30 years.”

The New York Times headline says Cubans are protesting “misery” in a country that “limits dissent.”

But about 30 paragraphs into the story, the New York Times finally admits what Cubans are truly protesting: a brutal communist dictatorship. The extra-repressive Covid lockdowns causing further economic hardship are just the straw that broke the camel’s back.

Meanwhile, the Associated Press reported that: