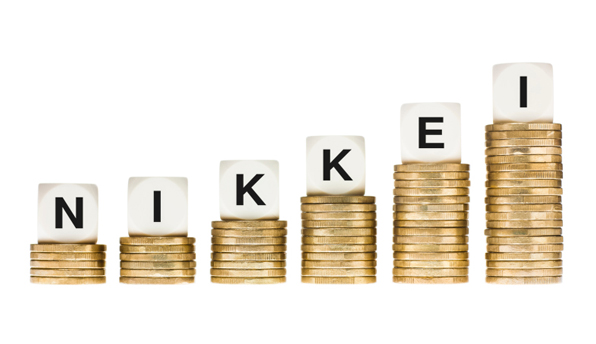 Japan to keep printing money for years to come, so learn to enjoy it … The Bank of Japan will have to mop up the entire issuance of public debt for years to come, covering the budget deficit with printed money … The Bank of Japan is still showering the economy with money, buying $75bn of bonds each month … There are no one-way bets in global finance, but Japan's stock market comes close. – UK Telegraph

Dominant Social Theme: Abenomics is being employed to boost Japanese stocks. This is a wise and historical decision.

Free-Market Analysis: From a UK Telegraph article we learn that, "Authorities are about to funnel large sums into Japanese stocks openly and deliberately under the next phase of Abenomics, both by regulatory fiat and by purchasing the Nikkei index directly with printed money."

Does this sound familiar? This is directly analogous to the Wall Street Party we've been analyzing for months.

We've explained that nothing makes sense about Western stock markets, especially the US stock market, unless one accepts that powerful monetary forces are boosting equities hard via a variety of monetary and regulatory techniques.

And now Japan is set to do the same thing, according to this article:

Prime minister Shinzo Abe is unshackling the world's biggest stash of savings, the $1.3 trillion Government Pension Investment Fund (GPIF). Officials say the ceiling on equity holdings will rise from 12pc to around 20pc as soon as August, opening the way for a $100bn buying blitz.

Fund managers are suddenly in a race to get there first. Japan Post Bank – where Mrs Watanabe dutifully places the family money, confiscated from her Salaryman each month before he can spend it – is itching to rotate more of its $2 trillion holdings into equities before inflation pummels the bond market.

So is Japan Post Insurance, no minnow either at $850bn. Mr Abe's move comes sooner than expected and amounts to a market shock, though nobody should be shocked anymore as he keeps doubling down on the world's most radical economic experiment.

The Nikkei index stalled in December after rising almost 100pc since September 2012, even though the Bank of Japan (BoJ) is still showering the economy with money, buying $75bn of bonds each month. The BoJ's balance sheet will reach 70pc of GDP by March 2015, three times the US Federal Reserve's.

The index is down 7pc this year to 15,000, chiefly because foreigners have taken profits and pulled out $140bn, causing some to write off Abenomics as a flop. Japan's trust banks are picking up the baton. They added a record $2.5bn last week, some of it on behalf of the GPIF itself as it adapts to the new order.

"We think the Nikkei will get to 18,000 by October," said Genzo Kimura, from SuMi Trust Fund. The Bank of Japan is helping it along, buying exchange traded funds based on the Nikkei and Topix indices. "They purchase whenever the market falls, usually by about $200m each time," he said.

The bank is well on its way to defeating deflation under Haruhiko Kuroda, the first governor to launch QE with enough force to break the vicious circle. It is not yet a done deal. Three board members remain sceptical, and one (Takahide Kiuchi) thinks the undertaking is doomed to failure. Yet core inflation has turned positive for the first time since 1997.

… Mr Abe must now deliver the "Third Arrow" of his national revival plan, a Thatcherite blitz intended to drag Japan's pre-modern service sector into the 21st century, break the feudal grip of the rice farmers, reverse the falling birth rate with three-child families and make the workforce a place fit for women.

Please reread the last paragraph of this excerpt above. Abe is not just after reversing Japan's disastrous industrial trends; his brief includes imposing government authority on farmers, boosting the birth rate and dragging the workplace into the modern era so that women can fully participate in it. This is the same recipe that is being imposed elsewhere in the world, especially in the Middle East and Afghanistan where NATO forces are making-over various regimes in the Western image.

We'd argue, of course, that this is no coincidence. Central bank money power is being employed to homogenize world cultures and monetary regimes as never before. If we are correct, the idea is to create an ever more unified global financial system with one central bank, one currency and one regulatory structure.

The way it is to be achieved, however, may not be pretty. First equity markets are going to be driven sky high and then, as the inevitable collapse occurs, globalist "solutions" will be trotted out and implemented. It's a kind of "directed history," in our view.

In the meantime, leaders like Abe face considerable difficulties in implementing such bold policies. The article points out that if he does reflate the economy, he will face the "terrifying consequences" of price inflation.

What's the answer? Apparently, the BOJ will have to keep printing and printing for years to come, ensuring that the budget deficit is whittled away and that Japan becomes solvent again – though this solvency will be built on the backs of long-suffering savers and retiree-creditors who will bear the brunt of the inflationary push.

The article points out that the US did something similar in the 1940s, building a post-war recovery by "stoking inflation" that expanded US industrial might while decimating US bond holders, mostly retirees.

The article also sees Abe as making the best of a bad choice. And it is true that Japan is a dying country right now, where young men and young women don't want to get married or have children because of economic uncertainties. Japanese workers – the lucky ones – are employed by the big industrial firms, but the workload is often brutal, leading to stress and dysfunction.

The article closes with an astounding statement, predicting that the Bank of Japan could become technically insolvent as a result of Abenomics within the next five years. But not to worry:

Optimists answer that nothing will happen. The BoJ's liabilities are an electronic accounting fiction. The debt can be switched into zero-coupon bonds in perpetuity, or the certificates can be burned on a ritual pyre beneath the cherry blossoms. Japan will have slashed its debt to manageable levels by legerdemain. Too good believe? We will find out.

While it is true that modern monetary debt is a kind of fiction, there are surely consequences to the vast floods of currency being printed around the world. Chief among them are asset bubbles (to begin with anyway) and the biggest asset bubble of all may well be equities.

What the article doesn't say is that inflated stock markets will inevitably collapse – and the higher they have gone, the more catastrophic the crash will be. With Abe aiming at inflating the Japanese stock market, we would propose that the "Wall Street Party" is soon to be a global phenomenon.

This will make the inevitable results even harsher and more painful. But first, we may see a significant, global stock mania …