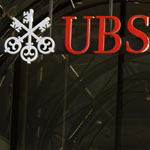 STAFF NEWS & ANALYSIS
No Answer at Davos Forum to Global Meltdown
By - February 02, 2009

Mired in indecision and uncertainty, the world's foremost gathering of the best and brightest in government and business failed to come up with any new plan to stem, much less reverse, the global financial meltdown. The five-day World Economic Forum in this Swiss alpine resort wrapped up Sunday in the same atmosphere of doom and gloom that it began, with a realization that the depth of the crisis is still unknown and the solution remains elusive. "Everybody's lost in Davos," said Kishore Mahbubani, dean of the Lee Kuan Yew School of Public Policy in Singapore. "No one seems to have a clear understanding of how big this crisis is and what we need to do to get out of it," he told AP. "My own view is that you really need to do a fundamental reexamination of the whole global system to see what went wrong, and nobody here is yet ready to ask these kinds of fundamental questions in Davos." – Washington Post

Dominant Social Theme: Even the greatest minds cannot figure it out. So it must be nearly insoluble.

Free-Market Analysis: For regular readers of the Bell, such difficulty is hard to fathom. Here is what even such great minds as those that blessed Davos ought to consider: Cut taxes drastically; cut government spending drastically; reduce central banking activities as much as possible, including monetization; reduce regulation and all industry subsidies and "bailouts."

Just as the solutions are fairly obvious, so the problem seems fairly obvious to us. Central banks in this day and age can print fairly unlimited amounts of money and have been doing so. By now, Western economies are probably badly distorted, with all the excess paper money (printed by central banks) having inflated a variety of industries.

When too much money floods an economy, then people feel rich and both consumers and producers make bad decisions. The only way to get the larger economy back on track is to let the bubbles deflate. Regulations, monetization, bailouts, higher taxes – all of these are self defeating, in that they sustain and even promote the economic distortion that has already taken place.

Free-market thinkers have observed, for instance, that America's efforts to sustain three car companies have not ultimately salvaged the industry. In fact, bailing out Chrysler years ago, may have only promoted excess capacity and thus destabilized Ford and General Motors, today. Of course, saddling American car-companies with enormous worker pension deficits doesn't help either. In any event, it is the money monopoly of central banking that causes economic distortions and creates bubbles that ultimately deflate into economic chaos.

We find it pretty incredible that the many great minds at Davos cannot bring themselves to explain what is going on. We find it equally incomprehensible that those in charge of the monetary system should not "get" the downside of a money monopoly. When an economy has been distorted by the printing of too much money over decades, it must be allowed to find its real level. There is no way around it. You can't keep prices up artificially because then people don't have extra money to spend on other goods and services – thus retarding recovery. You can't bailout companies because if a big bubble is deflating, they will fail anyway. You can't stimulate an economy with government spending, because the government can't decide what to rebuild – only the market can do that.

All the above is pretty simple stuff. People have understood markets probably since the beginning of humankind. And you know in all honesty, we believe the monetary elite actually does know what is going on. Why? Because the system is cleverly designed to mimic the free market while preserving the lucrative money monopoly of central banking. Coincidence?