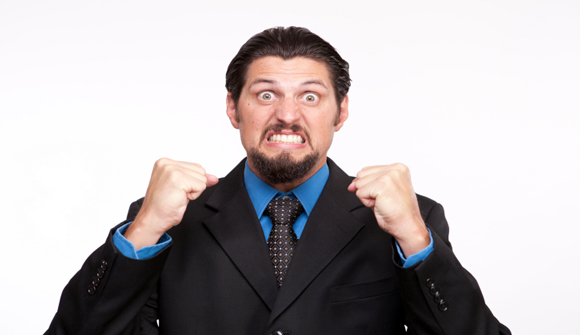 STAFF NEWS & ANALYSIS
No, Wall Street Is Not Paid for 'Aggravation' … But for Intermediation!
By Staff News & Analysis - October 03, 2014

Wall Street Pays Its Workers to Suffer … Why do people on Wall Street get paid so much? It could be because Wall Streeters have generally high skills. Finance people tend to be good at using computers and working with numbers, but also at networking and forming business relationships. But a new study shows that there really is something special about Wall Street — when a worker moves from another industry into finance, his or her wages jump by an average of 37 percent. Even secretaries get paid more on Wall Street. So what's going on? – Bloomberg

Dominant Social Theme: Wall Street makes money one way or another because it deserves it.

Free-Market Analysis: We're trying to lay off Mr. Noah Smith's fatuous articles, but he has perfected a bad combination: He is intelligent enough to discern media memes but he is defiantly uneducated, a lethal combination when it comes to commenting on the themes he intends to analyze.

Mr. Smith came to our attention when he published an article entitled, "Austrian Economists, 9/11 Truthers and Brain Worms …"

It's probably a good bet that an economic analysis based on a Star Trek analogy has handicapped itself to begin with. In this case, the article went from bad to worse, as Mr. Smith's articles occasionally do. He betrayed a fairly consistent lack of knowledge about free-market economics generally and Austrian analysis specifically.

Here's how it began:

In the film "Star Trek II: The Wrath of Khan," the super-genius villain puts alien worms into people's brains in order to subvert them to his demented cause. I think Khan could have been an Austrian economist. To those of you who have run afoul of the defenders of Austrianism on the Internet, the analogy will be clear.

Well, it wasn't clear. In fact, it just got muddier. We wrote about it here:

This current editorial penned by Smith is no better, in our humble view. He advances three reasons why Wall Streeters get paid so much and in each case the supposed reason reads more like parody than reality. Perhaps Mr. Smith wrote the article tongue-in-cheek. That's one explanation anyway.

There may be some other reasons why finance people get paid so much more for the same skills. Here are some hypotheses:

1. The Bad Guy Premium: Many people believe that finance doesn't really do a lot for the world – that it just sucks money ("rents") out of the real economy through sneaky tricks and legal loopholes. In addition, the culture is often identified with greed and venality.

2. The Stress Premium: Wall Street famously demands very long hours, but it also demands something few other industries require: Constant risk exposure and market sensitivity. A trader in a traditional big Wall Street bank is always an hour away from losing his or her job. I've heard stories of portfolio managers punching their underlings on the trading floor! You don't get that kind of thing very often at Google, I'll wager.

3. The Aggravation Premium: Taking constant risks and betting on your own beliefs is easier (and possibly more lucrative) if you are aggressive and self-confident. But aggressive and confident people can be a pain to be around, even if you are one yourself. Personality conflicts are bound to be frequent. Salaries could be high to make up for that. In other words, Wall Streeters might get paid more for the same reason garbage collectors, plumbers and embalmers get paid more than workers of similar skill: It's a dirty job.

Good Lord, this is what passes for sophisticated journalism in the 21st century! Well … we can be amused, but not by the naiveté and seemingly determined ignorance.

What garners Wall Street and its practitioners wealth is its positioning at the center of the largest financial stage in the world. This quality is called, in "professional" terms, intermediation.

In plain English it means that brokers have positioned themselves at the center of the richest streams of security cash with tiny teaspoons. Every few minutes they stick these teaspoons into the cash rushing past and remove a little bit. Over time it adds to millions and then to billions.

Think about the New York Stock Exchange. There's not another like it in the world. Ideally, it's not that hard to start an exchange, especially if you're in the business. But the NYSE has been built up over centuries from hundreds of mergers – not all of them entirely voluntary – and increasingly via emplacement at the heart of an impossibly complex regulatory structure.

There's not a chance in hell that someone could come along to set up a modern NYSE to compete with the original. The same goes for various "Wall Street" firms: Securities operations like Goldman Sachs are virtually monopoly arms of the US government and even the military-industrial complex.

This is one of the reasons that firms like Goldman Sachs prosper so madly – and financial banks as well. Between regulatory enshrinement and intimate relationships with those involved in central bank money production, the possibility of setting up a securities powerhouse like Goldman Sachs in this day and age is precisely zero – unless, of course, one is coming to the table with similar advantages (most unlikely).

Anyway, that's the reason for Wall Street's absurdly high salaries and compensation generally. The salaries generally represent the monopoly privileges that Wall Street has accumulated. Monopolies generally pay higher salaries than non-monopolies. It's one of the reasons government workers get paid a lot for doing relatively little.

Another reason, perhaps the most important, is that this monopoly system of finance has accumulated tremendous leverage. Since so much privilege has been concentrated into such a small space, both physically and metaphorically, those who are able to successfully manipulate the levers of high finance are guaranteed fantastical payouts.

Another reason that Wall Street salaries are high is more cynical and has to do with the way that participants want to present the industry as one where the "best and the brightest" get paid exorbitantly because they are the most deserving.

In fact, they are not. But through an accident of history and education, those who head to Wall Street and manage to "stick" are virtually guaranteed to become at least modestly wealthy – as part of a larger exercise in public impression-management.

None of this has anything to do with being paid for "aggravation," as Mr. Smith suggests. Wall Street is a vast intermediation mechanism. Its position – in concert with mercantilist government itself – allows a constant siphoning away of riches from enormous money flows barreling toward it.

Securities themselves, especially equities, also benefit from the aggregation of volume and value. Dow and NASDAQ averages are as high as they are – and perhaps going higher – precisely because there is nowhere else to trade.

Add in the central bank supermoney flowing towards various Wall Street facilities and you end up with monopolies in all areas of the industry. In simplest terms, Wall Street benefits from a monetary monopoly, a regulatory monopoly and an industry monopoly.

It should be noted that Wall Street is not alone in accruing these sorts of monopolies. In the US today and other Western countries, most industries have been centralized and regulated in such a way as to preclude significant competition.

Wall Street is perhaps the richest of all these franchises because "that's where the money is."