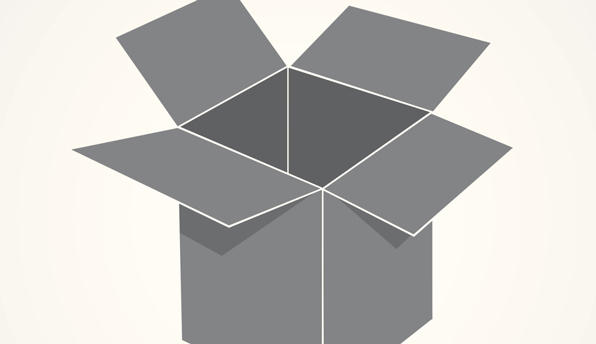 The open source revolution is coming and it will conquer the 1% – ex CIA spy …The man who trained more than 66 countries in open source methods calls for re-invention of intelligence to re-engineer Earth. Robert David Steele, former Marine, CIA case officer, and US co-founder of the US Marine Corps intelligence activity, is a man on a mission. But it's a mission that frightens the US intelligence establishment to its core … "Sharing, not secrecy, is the means by which we realise … infinite wealth. The wealth of networks, the wealth of knowledge, revolutionary wealth – all can create a nonzero win-win Earth that works for one hundred percent of humanity. – Guardian UK

Dominant Social Theme: The Internet Reformation will lead to a utopian sharing of information controlled from the top down … oops! … Sorry, the bottom up …

Free-Market Analysis: Former spymaster Robert David Steele seems like a sincere and passionate fellow. We're sorry to report, then, that it is difficult for us to fully accept his analysis.

We'd like to, as it in many ways matches our own. We, too, have maintained that the Era of the Internet is a transformative one that will create additional freedom over time.

We tend to believe that it is simply the exposure of "directed history" that is going to make such a change possible. As people increasingly see that their behavior is subject to the powerful influences of elite dominant social themes, they will want to break away to construct their own realities.

Mr. Steele has a more forceful and complex prediction, however:

With 18 years experience working across the US intelligence community, followed by 20 more years in commercial intelligence and training, Steele's exemplary career has spanned almost all areas of both the clandestine world. Steele started off as a Marine Corps infantry and intelligence officer. After four years on active duty, he joined the CIA for about a decade before co-founding the Marine Corps Intelligence Activity, where he was deputy director.

Widely recognised as the leader of the Open Source Intelligence (OSINT) paradigm, Steele went on to write the handbooks on OSINT for NATO, the US Defense Intelligence Agency and the U.S. Special Operations Forces. In passing, he personally trained 7,500 officers from over 66 countries.

In 1992, despite opposition from the CIA, he obtained Marine Corps permission to organise a landmark international conference on open source intelligence – the paradigm of deriving information to support policy decisions not through secret activities, but from open public sources available to all.

The conference was such a success it brought in over 620 attendees from the intelligence world. But the CIA wasn't happy, and ensured that Steele was prohibited from running a second conference. The clash prompted him to resign from his position as second-ranking civilian in Marine Corps intelligence, and pursue the open source paradigm elsewhere. He went on to found and head up the Open Source Solutions Network Inc. and later the non-profit Earth Intelligence Network which runs the Public Intelligence Blog.

I first came across Steele when I discovered his Amazon review of my third book, The War on Truth: 9/11, Disinformation and the Anatomy of Terrorism. A voracious reader, Steele is the number 1 Amazon reviewer for non-fiction across 98 categories. He also reviewed my latest book, A User's Guide to the Crisis of Civilization, but told me I'd overlooked an important early work – 'A More Secure World: Our Shared Responsibility, Report of the UN High-Level Panel on Threats, Challenges, and Change.'

Last month, Steele presented a startling paper at the Libtech conference in New York, sponsored by the Internet Society and Reclaim. Drawing on principles set out in his latest book, The Open-Source Everything Manifesto: Transparency, Truth and Trust, he told the audience that all the major preconditions for revolution – set out in his 1976 graduate thesis – were now present in the United States and Britain.

… But he also offers a comprehensive vision of hope that activist networks like Reclaim are implementing today. "We are at the end of a five-thousand-year-plus historical process during which human society grew in scale while it abandoned the early indigenous wisdom councils and communal decision-making," he writes in The Open Source Everything Manifesto.

"Power was centralised in the hands of increasingly specialised 'elites' and 'experts' who not only failed to achieve all they promised but used secrecy and the control of information to deceive the public into allowing them to retain power over community resources that they ultimately looted." Today's capitalism, he argues, is inherently predatory and destructive:

"Over the course of the last centuries, the commons was fenced, and everything from agriculture to water was commoditised without regard to the true cost in non-renewable resources. Human beings, who had spent centuries evolving away from slavery, were re-commoditised by the Industrial Era."

Open source everything, in this context, offers us the chance to build on what we've learned through industrialisation, to learn from our mistakes, and catalyse the re-opening of the commons, in the process breaking the grip of defunct power structures and enabling the possibility of prosperity for all.

"Sharing, not secrecy, is the means by which we realise such a lofty destiny as well as create infinite wealth. The wealth of networks, the wealth of knowledge, revolutionary wealth – all can create a nonzero win-win Earth that works for one hundred percent of humanity.

This is the 'utopia' that Buckminster Fuller foresaw, now within our reach." The goal, he concludes, is to reject: "… concentrated illicitly aggregated and largely phantom wealth in favor of community wealth defined by community knowledge, community sharing of information, and community definition of truth derived in transparency and authenticity, the latter being the ultimate arbiter of shared wealth."

The article is long; the above quote constitutes only a relatively small part of it. However, it does give a flavor of Steele's vision. It is a compelling one but nonetheless, leaves us with a number of questions.

We have nothing against open systems, of course, nor against "utopias." But for a man so interested in a freer and happier society, Mr. Steel comes across in some ways as a kind of … well, control freak.

For instance, the article goes on to reveal that open systems will probably depend in part on "open government." And to this end, Mr. Steele sent a letter to US Vice President Joe Biden, "requesting him to consider establishing an Open Source Agency that would transform the operation of the intelligence community, dramatically reduce costs, increasing oversight and accountability, while increasing access to the best possible information to support holistic policy-making."

Hmm … Apparently, the same government that has pioneered the modern world's monstrous intelligence apparatus is now going to be charged with developing its inoculation.

This doesn't make a great deal of sense, but then again, there are other oddities in Mr. Steele's platform. For instance, despite scathing criticisms of government spying, Steele, as a former spy, still believes "we need spies and secrecy … [to provide] utterly ruthless counterintelligence against corruption, or horrendous evils like paedophilia."

Maybe Steele, despite his disgust with authoritarianism, really isn't anti-government at all. "The whole point of Open Source Everything is to restore public agency," he says. In fact, Open Source is the hope to escape the "curse of overhead that proprietary corporations impose."

And then there is this: "His most intriguing premise is that the 1% are simply not as powerful as they, and we, assume them to be."

Ah, Steele is actually a proponent of the reportedly Soros-sponsored Occupy Wall Street movement. He, too, is fixated on the public as an antidote to the "private." He claims that "Public agency is emergent, and the ability of the public to literally put any bank or corporation out of business overnight is looming."

And yet, he also comes up with the following: "Those such as my colleague Parag Khanna that speak to a new era of city-states are correct in my view. Top down power has failed in a most spectacular manner, and bottom-up consensus power is emergent. 'Not in my neighborhood' is beginning to trump 'Because I say so.' "

Very good! We're all in favor of competing power centers. Unfortunately, he follows that up with this: "The opportunity to take back the commons for the benefit of humanity as a whole is open – here and now." This is discouraging. Apparently, Steele has never heard of the "tragedy of the commons."

So there you are. Steele's vision is an admixture of concepts that would include what we call the Internet Reformation along with a veneration of "public service" and the public commons. This is logical if one wanted to promote a vision that harnessed Open Source to a "public" mechanism. It is all too reminiscent of the anti-usury movement we've written so much about.

The anti-usury movement in our view is mostly a false flag designed to anticipate public disgust with monopoly central banking by creating a new meme – public versus private. If only the monopoly was administered by the "people" in a governmental setting then all would be well.

The idea is to preserve monopoly central banking in some form so its control can eventually be regained by elites. This Open Source argument is similar.

One can argue for a private-market approach to Open Source, but Steele doesn't seem to want to do that. He claims that Open Source will provide power to the people, but those same people apparently ought to harness Open Source through government activism and public service.

Yes, same strategy: Get ahead of the curve; try to anticipate the devolution of the command-and-control facilities by preaching the wonders of "public participation" and the recapture of the "commons."

Wrong track. We believe for the most part in individual human action and spontaneous order that action generates. We are not fans of elaborately organized public facilities. We agree with some of Steele's analysis, but not his solutions.