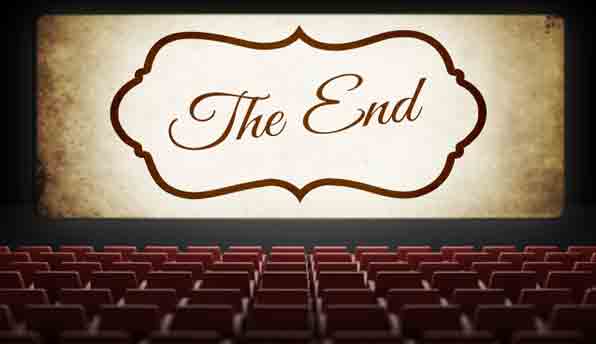 John Zogby: 'Is it all over for Obama?' … President Obama is suffering from down in the dumps approval ratings. President Obama's approval numbers are in the cellar, a new Quinnipiac University survey just dubbed him the worst president in six decades, so maybe it's no surprise that analyst and pollster John Zogby is asking: "Is it all over for him?" – Washington Examiner

Dominant Social Theme: Obama is not very effective and getting less so.

Free-Market Analysis: This is a negative article about a powerful man. President Obama has changed the way US citizens receive health care and now he is convulsing the nation's southern border by deliberately abrogating its security.

Love him or hate him, if Obama succeeds in changing US immigration policies, he should go down in history as one of the more effective and powerful presidents in US history. He is not actually "the worst president in six decades." He is doing his job effectively and efficiently.

Of course, it may not seem that way. Here's more:

Armed with new numbers that are depressing to an already deflated White House, Zogby on Wednesday found that most don't believe that Obama can lead the country and he compared the president to Bill Clinton following the Democrat's sweeping 1994 Congressional loss and when former White House Correspondent Brit Hume asked if Clinton was even relevant.

"Mr. Obama finds himself in the uncomfortable position where every age group, independents, and whites all agree that the public has given up on his ability to accomplish anything before the end of his term," said Zogby in releasing his latest numbers.

"In short, we see a president in full salvage mode. He is not only racing for his legacy but for his relevancy," Zogby added. The analyst who pens a weekly report card on the president for Secrets, however, said that there is one positive in all of his polling: As much as Americans disapprove of Obama, they like Congress even less.

… While the partisanship splits are predictable, Mr. Obama finds himself in the uncomfortable position where every age group, independents, and whites all agree that the public has given up on his ability to accomplish anything before the end of his term.

The public may have "given up" on Obama's ability to accomplish anything, but is his impotence real? Perhaps not.

Obama blurs with his predecessors. In a sense, he isn't even his own man but part of a kind of legislative machine that moves in one direction only – toward consolidating further federal power and continually more centralized authority.

If one stands back and looks at the totality of the Obama presidency, some trends become clear. President Bush's serial warmaking, economic destabilization and attempts at "immigration reform" have been efficiently expanded upon by Obama. They might almost seem to be one man, given the continuity of US domestic and foreign policy.

It is true that the US under Obama has not entered into more major wars, but to some degree this is misleading. There is ample evidence that US and British intel and diplomatic initiatives are behind the current and mounting violence in the Middle East and Africa.

The so-called "color" revolutions affecting Tunisia, Egypt and Libya were apparently in large part organized and triggered by social-media savvy youth groups trained by the West, specifically by the US. It is perfectly possible to attribute destabilizations in Syria and Iraq to the same kind of strategies.

Bush may not have been so aggressive on the health care front as Obama, but he certainly tried to open US borders. His incessant warmaking when combined with lavish outlays at home helped dump the US into a Great Recession that continues to this day.

Obama, despite his rhetoric, has done nothing to alleviate the US's precarious economic situation. He has disengaged the US from various wars but, in fact, Western-sponsored violence in the Middle East and Africa is spreading.

He has managed to expand federal control of the US health system; essentially the federal government now operates the system along with quasi-federalized insurance agencies. He seems to be moving aggressively when it comes to immigration, pushing through executive policies that make the border more and more permeable.

The US government seems in the grip of a larger unstated agenda that has to do with promoting what has been called a North American Union. Bill Clinton put policies in place to support that process but it was President Bush that pushed it ahead aggressively with CAFTA and by gathering more and more power for the executive branch.

Obama's presidency has been a seamless continuation. His tenure must surely be regarded as successful from the perspective of globalist interests that want a US that is not exceptional but part of a larger framework of an emergent international order.

In a sense it is not "over" for Obama because Obama exists as part of a larger executive effort that encompasses his predecessors and will presumably encompass his successor. He is part of a larger entity called "president" that seems to have only one policy and one goal: expanded authoritarianism and increased internationalism.