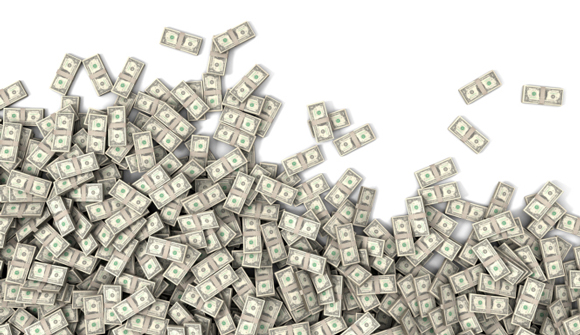 China move calms credit concerns … Chinese authorities have been trying to curb excessive lending … China's central bank has pumped $5bn (£3.1bn) into the banking system to ease concerns over a credit squeeze that has caused rising interest rates. The People's Bank of China did not explain its actions, but over the last few days there has been growing concern over the availability of credit. That has been reflected in the interest rates banks charge each other. – BBC

Dominant Social Theme: The economy is perched on a precipice. Let's stimulate. We've stimulated too much. Let's stop. Well, let's slow down anyway. The markets are doing fine.

Free-Market Analysis: Every central bank of note in the world is printing money faster and faster. We don't think this is any coincidence. The world's top bankers seem to want a huge stock market explosion that will make current averages look fairly tame.

What comes after the punch bowl is taken away is a deeply concerning question. But don't think about that now. Just let the good times roll!

This is a Wall Street Party to end all such parties. And you can watch those behind this particular sub-dominant social theme justify it any one of a number of ways.

We've mentioned these four central banks because, so far as we can tell, their managers control the better part of 75 percent of the world's money supply, along with the EU, which is also stimulating. And all of these central banks are printing. In mid-2013, the UK Guardian reported on this phenomenon as follows:

In its annual report, published on Sunday, the Bank for International Settlements based in Basle, Switzerland, warns that with unprecedented stimulus already in place, fresh action from central banks to kick-start growth may do more harm than good, by distorting financial markets and jeopardising stability.

"Unfortunately, central banks cannot do more without compounding the risks they have already created. Monetary stimulus alone cannot put economies on a path to robust, self-sustaining growth, because the roots of the problem preventing such growth are not monetary," said Stephen Cecchetti, head of the bank's monetary and economic department, presenting the report.

And yet the madness continues. Here's more from the BBC article we excerpted above:

On Monday one important benchmark rate rose to its highest level since June, the height of China's credit crunch. The seven day bond repurchase rate hit 8.93% but fell back to 6.56% after the central bank added funds to the banking system.

Analysts are blaming China's current cash crunch on a number of factors. In a process known as "window dressing" banks typically conserve cash at the end of the year to keep their balance sheets looking healthy. However this year they have been doing that in a different financial environment.

"Authorities are fearing that this is causing a scramble for cash and that is pushing up the rates and so they are being forced to inject some money into the system," he said. In June banks suffered a more serious credit squeeze and the benchmark interbank lending rate jumped to a record 13.4%.

The window dressing is actually being constructed by central bankers themselves in conjunction with the mainstream media. The idea seems to be that central bankers do not want to be too clear about their plans.

The mainstream media is constantly sounding concerns about the looseness of money, and lately, in the West the financial reporting has focused relentlessly on tapering – which simply means that the US Fed will purchase fewer government bonds.

But, in fact, the US central bank along with the other big ones referred to above is not REALLY reducing money flows a great deal.

The tightening talk we're listening to is just for public consumption. The whole system of recovery is based on equity appreciation stimulating employment (which it does ineffectively at best). But if top Western bankers seek this sort of recovery, stimulate they must.

Constantly, we hear they are not. But they are. Always, they are.

The big central banks around the world are all pumping money in unison. The media continues to write about "tightening."

What is being planned are higher market highs. We will always be told that bankers are concernedly moderating money flows. But then, at the first sign of trouble, the taps are turned back on.

In fact, they are never REALLY turned off. And there will always be a reason to push the volume of money even higher.

They are planning a big Wall Street Party. The top men always seem to find reasons to print more. Until the world is swimming in currency.

That's the plan, or so it seems.