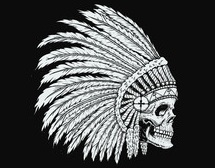 The corporate left and their legion of lobotomized NPC robots cheerlead when legacy MAGA Americans get caught in the crosshairs of the Deep State surveillance state.

That’s liberal, and loving. Because those are Our Values©. Running roughshod over the Constitutional rights of “white nationalists” (leftist code for “whoever disagrees with us”) is, of course, how Democracy© works.

Here’s an excerpt from a Signal conversation with an otherwise intelligent and empathetic SF-based friend concerning the recent advent of the Department of Homeland Security’s ‘Disinformation Governance Board’ — the Empire’s new technological terror project to subvert Constitutional protections of free speech.

(I have to supply my friend with CNN articles because Bill Gates-funded fact-checking scams have convinced him that those are the only “authoritative” sources of information. Otherwise, he won’t even read information I relay on the grounds that it’s a Russian disinformation psy-op or whatever.)

Somewhat surprisingly, my friend hadn’t even heard of the ‘Disinformation Governance Board’ – even after its creation had dominated corporate media headlines for over a week.

Despite being totally team DNC, he’s usually better informed about stuff going on, especially when it saturates social media to the extent that corporate media is forced to cover it.

Here was his reply.

“If it’s pissing off right-wingers, it must be good.”

This is now a near-universal knee-jerk reaction to abuse of government power among overeducated coastal elites.

For brevity’s sake, we’ll only mention in passing the glaring fact, which I pointed out, that the US government is the biggest misinformer in recorded history.

That’s the entire job of the State Department.

US Secretary of State Colin Powell displays to the world rock-solid evidence of Saddam’s non-existent WMD program so start a war, Feb 5, 2003

Maybe, though – just maybe — the mindless leftist NPCs might be a little more sympathetic to civil liberties proponents once they learn of the dystopian surveillance grid enacted upon the native sacred Persons of Color© in addition to MAGA.

“The Centers for Disease Control and Prevention (CDC) bought access to location data harvested from tens of millions of phones in the United States to perform analysis of compliance with curfews, track patterns of people visiting K-12 schools, and specifically monitor the effectiveness of policy in the Navajo Nation, according to CDC documents obtained by Motherboard.”

It’s a sad state of affairs — and it says a lot about far Western civilization has fallen — but the only way to convince anyone on the “left” to stand up for civil liberties anymore is to try to make a connection, however tangential, to grievance-based identity politics.

The American Civil Liberties Union, for one, isn’t riding in on a white horse. That organization is now far more interested in promoting fascistic vaccine mandates while claiming they somehow “further civil liberties” and congratulating themselves for hiring racial tokens to leadership positions than protecting Americans’ civil liberties.