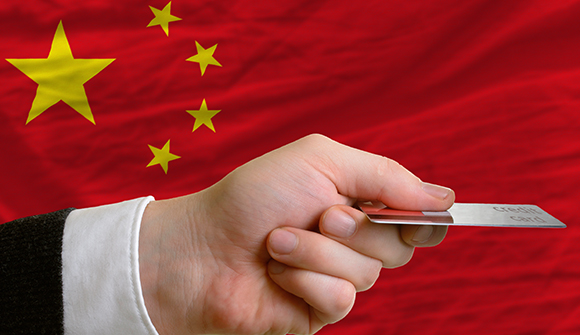 China admits local govt debt levels unknown, could be higher than estimated … A senior Chinese official said on Friday that the government did not know precisely know how much debt local governments had built up and warned that it could be more than previous estimates. Estimates of local government debt range from Standard Chartered's 15 percent of the country's GDP at end-2012 to Credit Suisse's 36 percent. Fitch put the figure at 25 percent when it downgraded China's sovereign debt rating in April. Vice Finance Minister Zhu Guangyao said China had not released official figures since a 2010 auditing report that put local government debt at 10.7 trillion yuan. – Reuters

Dominant Social Theme: It's all under control, or at least it should be …

Free-Market Analysis: We return to the ongoing saga of China because we remember only a few years ago that China was the darling of Western investment and Wall Street.

We didn't understand how any economy could generate 10 percent growth per year for literally decades, but others seemed to feel that there were so many Chinese that normal economic rules did not apply.

For us, that was like saying in 1929 that there couldn't be a Great Depression because too many people were leaving farms and going to work in the cities.

One point had nothing to do with the other. Just because workers are willing to work doesn't mean there are jobs for them. In a modern central banking economy, the primary factor is monetary policy.

Earnings don't matter; management doesn't matter. In other words, you can have the best run company in the world with the number one product, but the real determinant of success at any given time will be the economy's performance – subject to monetary policy.

China's miracle was a central banking one and monetary stimulation can cover up a host of sins.

We tended to believe that China's technocracy was a good deal more vaunted than real. We didn't believe there was much market competition in China. We didn't think the economy was being managed with some sort of excruciating calibration.

The Chinese were printing money – lots and lots of it – and this was causing "all boats to float." It was a kind of Potemkin Economy … Asian style. Now it seems the boats are sinking along with misconceptions about the realities of Chinese finance.

"Currently, [according to] nationwide surveys, I think this number will rise," Zhu said, defending the debt as mostly geared toward fuelling infrastructure projects. "A very important task for this administration is to clearly determine the level of local financing platforms," Zhu told reporters at a press briefing on high-level talks with U.S. officials in Washington next week.

Dealing with the systemic risk posed by local government debt is seen as one of the key priorities for the administration of China's new president, Xi Jinping. China's budget law forbids local governments from taking on debt directly, but localities have borrowed trillions through special-purpose vehicles known as local-government financing vehicles.

Concerns have grown that the debts incurred could sour as many infrastructure projects in China are for public use and not profitable. Many local governments have also borrowed from companies in private arrangements at high cost, with the money often used in speculative real estate projects.

Zhu said Chinese banks have reported 9.54 trillion yuan in loans to local financing platforms. "The bad debt rate for these loans is only 1 percent," he said.

Wow, Zhu is comforted by the low "bad debt rate." Spoken like a true technocrat. Look, the cycle hasn't turned for China, or not fully. But it will. And so we say to Zhu …