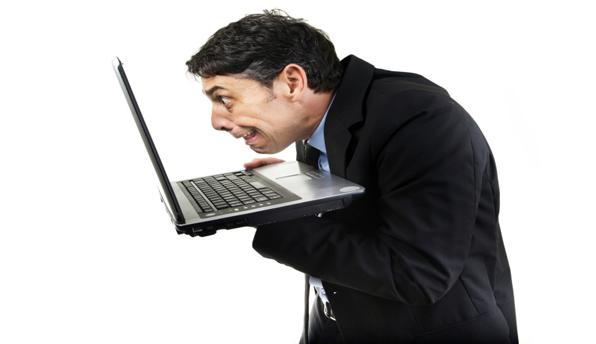 Dominant Social Theme: Buy and hold is the name of the game. The stock market offers the little guy plenty of honest opportunities.

Free-Market Analysis: The NSA's comprehensive effort to create "dragnet" software aimed at investor data could give it the power to manipulate major stock markets comprehensively.

That's the charge over at alternative media website Infowars, in an explosive article that was posted at the popular Drudge Report.

It sounds plausible, as well. If the NSA has software that can "mine" FINRA data, the possibilities for market mischief rise dramatically.

Here's how the Infowars article explained it:

Through the use of the Financial Industry Regulatory Authority (FINRA)'s latest database, which keeps investor data in the same centralized location, the NSA could easily capture private, financial data on targeted investors and even influence the stock market as a whole.

And it appears that the dragnet database, called the Comprehensive Automated Risk Data System (CARDS), was designed with such vulnerabilities in mind.

"I can't think of any other reason that someone would invest so much time and so much effort into trying to monitor every brokerage account in the United States in real time," Porter Stansberry, the founder of the Stansberry & Associates Investment Research Conference, said on the Alex Jones Show. "That is an enormous technical challenge."

He also added that even knowing something as simple as how many individual investors own certain securities could be very, very valuable to select interests. And other revelations in the past reveal that the NSA is more than willing to monitor and manipulate financial transactions.

Last December, the White House report on the activities of the NSA suggested that the spy agency was already hacking into financial institutions and altering the amounts held in bank accounts. "Governments should not use their offensive cyber capabilities to change the amounts held in financial accounts or otherwise manipulate the financial systems," the report recommended.

… Under the "Follow the Money" program, the NSA collects credit card and other financial transactions into its own financial databank, called "Tracfin," which contains nearly 200 million records if not more. "Further NSA documents from 2010 show that the NSA also targets the transactions of customers of large credit card companies like VISA for surveillance," the article continued.

The NSA is under fire for various unconstitutional activities, but negative publicity doesn't seem to have slowed the agency's programs or its zeal to implement them.

The question is why. We've often pointed out that when the actions of a society's power elite diverge too radically and obviously from citizens' expectations, then cultures can fracture.

Successful rulers create a believable narrative that people want to participate in. It is almost impossible over time to sustain a society based fundamentally on physical or psychological intimidation.

Throughout the 20th century, power elite dominant social themes were imposed on Western societies – indeed, around the globe – via patient and clever promotions.

These memes were not seamless, but when credulity was breached, elite control of the news media ensured that the disruption was short-lived.

The 21st century has changed the balance of power entirely. In this Internet Era, elite memes have been punctured and exposed as never before. The war on terror, the war on drugs, global warming, the efficacy of central banking … the list of increasingly failed elite promotions continues to swell.

In this context, the idea that the NSA would overtly continue to pursue actions that are increasingly repugnant to the citizenry that NSA is supposedly protecting is strange, indeed.

It only makes sense if one considers the larger picture. And then one arrives at the conclusion that, well … paranoia is driving these sorts of actions.

Those at the top of Western society, globalists committed to an ever-expanding internationalist agenda, must be increasingly nervous about their exposure. And that paranoia manifests itself in expanding abuses of privacy – as well as wars and increasing economic chaos.

From an elite standpoint, the tradeoff is apparently worth making. Citizens are alienated, but NSA has access to intimate, personal details about the finances of tens of millions.

And let's not forget the argument we've been making regarding the ongoing "Wall Street Party." As Infowars points out, forays into the personal financial data of so many provide the NSA with plenty of ammunition to move the stock market up or down.

Our bet would be that such a resource would be used in the near term to drive markets higher. But in the long term, the kind of reckless disregard for people's privacy that the NSA continues to show is fairly destructive to elite control.

Gone are the days when dominant social themes could circulate believably in society. These memes drove history in desired directions – and so internationalism expanded.

But today, the manipulation is increasingly evident. As the disconnect grows between elite promotions and the reality of what they actually represent, those who continue down this path do their cause no favors.

Ironically, the more they struggle for control, the more it slips away …