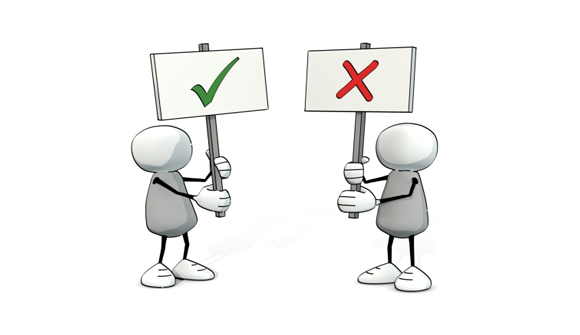 When you actually have to be responsible for doing this, you can do it, and we did it, for seven years in my office, respecting civil liberties and protecting the homeland.

And I will make no apologies, ever, for protecting the lives and the safety of the American people.

We have to give more tools to our folks to be able to do that, not fewer, and then trust those people and oversee them to do it the right way. As president, that is exactly what I'll do.

CHRIS CHRISTIE: Megyn, that's a completely ridiculous answer. I want to collect more records from terrorists but less records from other people. How are you supposed to know, Megyn?

RAND PAUL: You get a warrant. Get a judge to sign a warrant.

CHRISTIE: When you're sitting in a subcommittee blowing hot air about that you can say things like that. When you're responsible for protecting the lives of the American people, then you need to make sure that you use –

Rand Paul stood on constitutional principle, correctly citing the Fourth Amendment, but missed a chance to point out that there is no evidence NSA surveillance busted any terror plots. Several congressional committees have looked for such cases; they found informants and other low-tech tools captured as the few examples NSA defenders can cite.

Christie shamelessly played the 9/11 card as an emotional diversion. While it is sad Mr. Christie lost friends and came close to losing his wife, this has no bearing on the surveillance question. Others who lost loved ones that day have different opinions. Christie's proximity to the event does not grant him power to ignore the Bill of Rights. If anything, it should have strengthened his determination to defend those rights.

Worse, Christie made the easily disproved claim that President Bush had appointed him New Jersey's U.S. Attorney on September 10, 2001. In fact, President Bush nominated Christie for that role on Dec. 7, 2001. The Senate confirmed him on Dec. 20. In no apparent hurry to start capturing terrorists, Christie took office almost a month later on Jan. 17, 2002.

As for Rand Paul, we wish he would apply his constitutional principles to stopping the Obama administration's unauthorized foreign military excursions. He has instead said he would oppose the Iran nuclear agreement and rattled the saber about other potential conflicts.

While the debate was entertaining, it did not change our earlier conclusion that the United States will be far better off with no president at all. No one on that stage was remotely qualified for the job as the Constitution describes it. The same will be true when Democrats hold their debates.