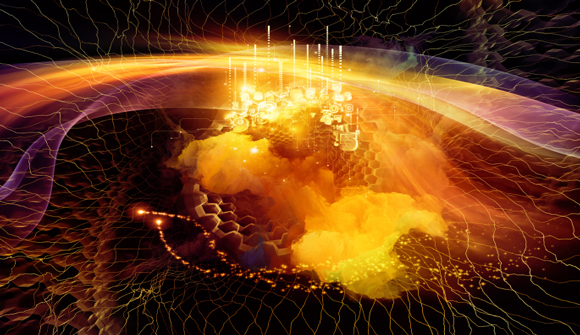 The National Security Agency, while primarily occupied by sweeping up billions of phone calls, emails, texts and social media messages each day, wants better visual information about the earth and its residents, too, Admiral Michael Rogers said Wednesday.

"Signals intelligence … ain't enough, you guys," the NSA chief told a gathering of contractors in the geospatial intelligence business. "We gotta create a much broader picture."

We need "the ability to visualize," he explained, because "man is fundamentally a visual creature."

Rogers, who also heads the Pentagon's United States Cyber Command, spent much of his keynote speech at the GEOINT 2015 conference pitching the technology, intelligence and defense companies in the audience on the importance of working together. The conference's slogan — appropriate, given the government's ever-growing demands — is "open the aperture." – The Intercept, June 24, 2015

Do you remember those "Visualize World Peace" bumper stickers? They gave the National Security Agency an idea, apparently. Now the agency that hears and reads everything wants to see everything, too.

This is interesting in several ways. For one, it shows the tendency of any bureaucracy to expand however possible. The U.S. Department of Defense already has two other entities whose mission is to "create a much broader picture" like Admiral Rogers wants. Why the National Reconnaissance Office and the National Geospatial Intelligence Agency would need the NSA's help is unclear.

Then there's the "signals intelligence ain't enough" line. Coming from the head of an agency whose self-professed goal is to "collect it all," the statement borders on megalomaniacal. What would be enough to satisfy Admiral Rogers? We probably don't want to know the answer.

What really strikes a chord, however, is that the story portrays Admiral Rogers pitching the private companies on "the importance of working together." Should it not be the other way around? The NSA doles out lucrative contracts to those who can help it. The companies should be pitching Rogers on their ideas. Instead, he is approaching the private sector with hat in hand. Why?

I can imagine two possibilities. One is that Rogers is still repairing the damage done by the Edward Snowden leaks, which greatly annoyed many in the technology sector. The agency may be finding it hard to get the technical help it needs from certain companies.

The more chilling idea is that NSA wants to combine the abundant data it already has with the also-abundant data private companies collect from us. If they can figure out how to sort and cross-reference all of it, then very little information will remain secret from Uncle Sam.

If that is the case, the only safeguard we have may be the intelligence community's own incompetence. They are not superhuman, and the ordeal of obtaining security clearances keeps them from recruiting many of the nation's best and brightest.

NSA will deal with this challenge the only way it knows how: throw money at it. We should all hope their budget gets tighter.