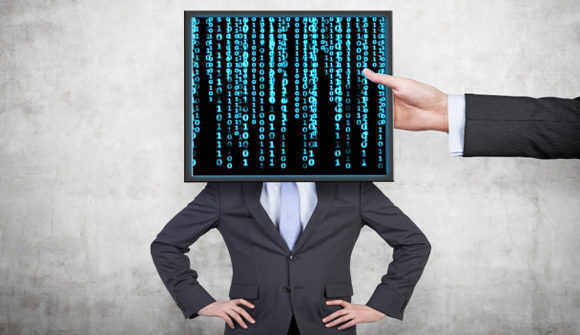 Predictive policing, an unproven and controversial data-mining method intended to anticipate the location and participants or victims in future crimes, is now an integral part of the largest police department in the United States. During a recent panel, New York City Police Commissioner William Bratton declared that predictive policing "is the wave of the future," and that "the 'Minority Report' of 2002 is the reality of today."

Bratton's remarks, which are the most candid he has been about the department's use of data mining, came during a discussion about Big Data, hosted by The New York Times, with editor Charles Duhigg and former Food and Drug Administration Commissioner Margaret Hamburg.

"There are no secrets. There are none. If two people share a piece of information, it is no longer secret," Bratton said in response to a question by Duhigg regarding the risks of data collection.

New York police are "data mining huge amounts of information and developing algorithms that will effectively mine that data in many ways the human brain cannot," said Bratton, referring to the department's trawling of social media and crime data, as well as other information gathered by city agencies, to predict where public safety threats could arise. The department's Intelligence Division and anti-gang units already monitor social media accounts of people suspected of criminal activity, as well as those considered at risk of falling victim to violent crime. – Reveal News, July 31, 2015

New York City Police Commissioner William Bratton, never a privacy zealot, now just denies the whole concept. "There are no secrets," he says. We will remember that next time one of his officers kills an unarmed citizen. If he's serious, the investigation will have no secrets.

NYPD is launching a two-year test of "predictive policing" software called Hunchlab. The goal: Analyze criminal activity patterns and deploy resources more efficiently. That would be fine if NYPD and its commissioner knew how to respect privacy. The evidence, and his words, say they do not.

Bratton led the Los Angeles Police Department to install a network of TV cameras, gunshot detectors and license plate readers plus map the city's entire Muslim population just in case it harbored an extremist. He did the same in New York, and spied on political activists during the 2004 Republican National Convention, too. NYPD has repeatedly violated a 1985 consent decree for privacy violation. So we have reason to be skeptical when the Commish calls for yet more domestic intelligence gathering.

Not to fear, says Bratton. "Citizens should trust his department to not abuse its power and to remain within the bounds of the law," he said at a recent event. Deputy Commissioner Lawrence Byrne says the public safety benefits will outweigh potential civil liberties violations.

A substantial part of the public might agree with that point. Since 2001, American citizens have been all too eager to sacrifice freedom in exchange for safety. "Whatever it takes to keep us safe!" makes sense to many people.

The problem is that risk is part of life. Perfect safety is an illusion that will never become reality but freedom, once sacrificed, rarely comes back. That road ends in a place with neither liberty nor safety.

Commissioner Bratton thinks we will all like it there. Some of us will – but not all.