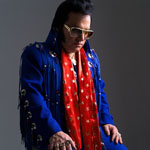 U.S. should consider drafting a second stimulus package focusing on infrastructure projects because the $787 billion approved in February was "a bit too small," said Laura Tyson (pictured left), an outside adviser to President Barack Obama. The current plan "will have a positive effect, but the real economy is a sicker patient," Tyson said in a speech in Singapore today. The package will have a more pronounced impact in the third and fourth quarters, she added, stressing that she was speaking for herself and not the administration. Tyson's comments contrast with remarks made two days ago by Vice President Joe Biden and fellow Obama adviser Austan Goolsbee, who said it was premature to discuss crafting another stimulus because the current measures have yet to fully take effect. The government is facing criticism that the first package was rolled out too slowly and failed to stop unemployment from soaring to the highest in almost 26 years. – Bloomberg

Dominant Social Theme: Even if it didn't work the first time, more is better.

Free-Market Analysis: It is verging on irresponsible for such mainstream news sources as Bloomberg to continue to report on stimulus packages without explaining in some detail why they may not be working. Yes, stimulus packages simply do not work. They appear to work because large, inefficient companies retain workers – and that's what is most evident. If workers are retained then jobs are maintained.

But one actually has to dig a little deeper to understand the conundrum of stimuli. The more money that is thrown in the economy by the public sector, the worse the underlying economy gets. Again, this is not to be seen on the surface, but, like the time-value of money itself, it is an ineluctable outcome of trying to cheat the business cycle.

It is an economic fact. Let the government pour money into the private sector and businesses will not be able to shed jobs or make news ones because the companies that would create new jobs cannot find the funding. Nor will entrepreneurs be able to break through in an industry clogged by dysfunctional companies supported by all sorts of tax breaks, additional regulatory prerequisites and government outlays.

This is just what happened in Japan and resulted in Japan's lost decade. Japan, first of all would not let its banking sector founder. Second, Japan funded numerous large, losing companies for years. This is not complicated stuff. It's clear to many who look at the current crisis in a clear-eyed way. The Internet is full of such analyses, described with greater or lesser clarity. But then again, here is the way Bloomberg describes it:

Democrats have bemoaned the pace of the package's implementation. House Majority Leader Steny Hoyer, a Maryland Democrat, said on "Fox News Sunday" June 5 that congressional Democrats are "disappointed" stimulus funds weren't distributed faster. "The money is just really starting to come out in more significant amounts now," Tyson said. "The stimulus is performing close to expectations but not in timing."

This is right out of a Keynesian playbook. The same kind surface-y analysis that would blame an economic downturn on "less spending" insists that more spending, more quickly, will create more jobs sooner. This is exactly the kind of analysis that allows politicians to claim that government "creates jobs." But in fact there is no evidence, really, that government can create a single job, except a government one. Government is not an entrepreneurial entity. When it tries to be, it fails.

Let the American government generate another stimulus. It likely will work no better than the first. What it will do, along with the trillions the Fed has dumped into the markets, is create massive price inflation over time. The net result of these stimuli will be to continually destroy the dollar, especially in relationship to precious metals. Gold and silver will be the main beneficiary of ongoing stimuli, which is, ironically not what the monetary elite likely wishes to see at all. The powers-that-be may however, as we have mentioned previously, want the dollar to erode so as to more easily replace it, at least partially, with something else.