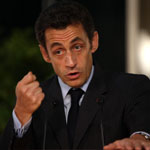 The most common allegation lawyers are having to refute is that a certificate of Mr. Obama's birth in Hawaii is false, leading accusers to conclude that he was born outside the country and is therefore disqualified to fill the highest office in the land. Other challengers have contended that his Kenyan father was British, even though that would not exclude him from occupying the White House. Both claims are untrue. Officials in Hawaii said they had viewed Mr. Obama's original certificate and confirmed it stated he was born in Honolulu on Aug 4, 1961. A certified version of the certificate released by his campaign last summer when the theory began circulating showed the same. Birth notices in Hawaii papers record a birth to his mother and father on the same day. But that has not stopped the theorists, who have been dubbed "the Birthers" and who see Mr. Obama as a fifth columnist. Their accusations are often tinged with racism and antipathy to Islam, the religion of his father. During his campaigns Mr. Obama faced an online rumour mill that he was a Muslim, though he has worshipped at a Christian church for 20 years. – UK Telegraph

Free-Market Analysis: Forget where Barack Obama was born. That the issue is still alive at all is the important part. It sure isn't alive because of the mainstream press – there's hardly been mention of it. But it's still all over the Internet. The article goes on to state that one well-known site, WorldNetDaily had collected 300,000 signatures asking for more openness on the birthplace issue. And that's just one example. The Internet has proven a game changer again and again, and there are starting to be significant events it's been responsible for. There is a thriving free-market movement in America, for instance, and the European Union is still a trading entity – not a state with its own constitution – thanks to the Internet.

We are seeing a second stage of Internet results. Another portion of the article itself, above, lists a number of theories that have been kept alive on the Internet, as follows:

The hubbub over the president's place of birth, which is aided and abetted by the internet, seems likely to last for some time, if not his entire presidency. Other presidents have been victims of wild conspiracy theories. Bill and Hillary Clinton were submitted to accusations that they were involved in the "murder" of White House counsel and old friend Vince Foster. Three investigations by different arms of authority ruled he had committed suicide. President George W Bush still faces conspiracy theorists who claim that he and Dick Cheney were responsible for the September 11 attacks, as a way of drumming support for future wars. His botched response to Hurricane Katrina was supposedly designed to take the city out of the control of the poor and the black community, some theorists allege. In the recent past there have been theories that Bill Clinton was the anti-Christ and Al Gore was a vampire. Evan Harrington, a professor of social psychology who has studied conspiracy theories at the University of Chicago, Mr. Obama's home town, said that they were essentially rumours writ large by people with a thirst for publicity. "Thinking that you are on to information that no one else has got really makes you feel important," said Prof Harrington, who has himself been accused by conspiracy theorists of being part of a campaign to hide information about mind control of the public.

What really has us surprised – and what we think is most noteworthy – is that each of these crises (and more) are being gathered together now the name of a comprehensive solution. This is an important point, we think, and thus we restate it here so our readership (the most insightful around) will take special note. At the same time, when one analyzes the rhetoric of the Western leadership at this moment, especially the UK's Gordon Brown himself, one is struck by the lack of logic surrounding the solutions that are being proposed. The other day we likened this to adding up two plus two and coming up with five. Brown in particular, but all of the West's main leadership to some extent, has signaled that upcoming solutions to the world's current crop of problems shall be doggedly global. The phrase Brown used, deliberately to be sure, in a recent speech to describe what was going on was "the difficu lt birth-pangs of a new global order."

The West's sociopolitical dialogue has been subject to considerable alarmism over the past 20-30 years, or even more. In fact, there has been a remarkable unanimity in terms of the development of crises – health, money, regulation, weather, etc. – and the ongoing rhetoric surrounding them. Now, as the Western economy itself collapses like a bad soufflé, the solutions of those such as Gordon Brown deal not with specifics of the economic collapse but with the larger rhetorical issues of the past umpteen years.

Yes, the solution to the latest monetary crisis, he and the rest want us to know, has to do with the eradication of poverty in Africa, the passage of a carbon tax, the creation of green automobiles, the eradication of tax havens (see other article, this report) and sundry panaceas that have little or nothing to do with how one might start-up economic growth. This is the pattern we observe. We note it because it exists.

The West's leaders could propose a series of aggressive tax cuts, deregulation and even an asset-backed money standard (gold or silver), and these in the opinion of many free-market thinkers would put the world on the track to recovery. Yet these are not being proposed. What is likely being proposed is an elaborate, even empyrean, system of global governance that uses the economic crisis as a convenient jumping-off point to address every one of the many crises that have been declared to be occurring over the past quarter-to-half century. It is all amazingly convenient and startlingly efficient. One can almost see the pieces of the puzzle snapping into place. Conspiracy? Like Fox, we report — you decide.