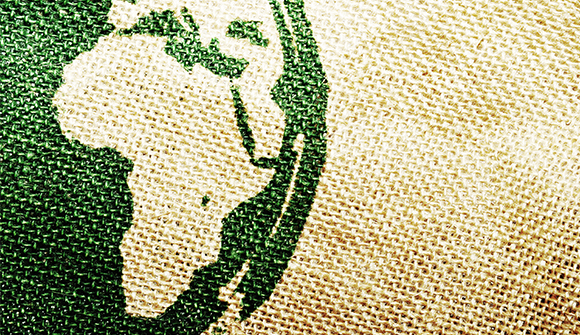 STAFF NEWS & ANALYSIS
Obama's African Boosterism Is No Surprise to Us
By Staff News & Analysis - July 02, 2013

Obama Calls for New Partnership With Africa … The streets were lined with people as President Obama's motorcade departed from the airport in Tanzania, on Monday … After receiving the most ecstatic welcome of his weeklong trip to Africa, President Obama on Monday called for a new partnership with the continent, one that would help sustain its recent run of tremendous economic growth while broadening the rewards to as many people as possible. "We are looking at a new model that's based not just on aid and assistance but trade and partnership," Mr. Obama said at a news conference with President Jakaya Kikwete of Tanzania. "Ultimately the goal here is for Africa to build Africa for Africans. Our job is to be a partner in that process." – The New York Times

Free-Market Analysis: In a series of articles, we've tried to explain that Africa is likely next on the menu when it comes to the Westernization of the global economy.

First came Japan and then China. And if you go back far enough, you will come to the Marshall Plan, which industrialized Europe along Anglo-American lines.

Europe purchased US Treasuries and later on so did Japan and China, thus funding the US deficit of payments. US officials expanded the military-industrial complex and multinationals spread around the world.

In the 1980s, Japan's central bank began to monetize aggressively. It purchases US Treasuries and, in return, US consumers were directed toward Japanese goods. The reindustrialization of Japan was underway in earnest.

Of course, central bank stimulation cannot occur indefinitely and after a decade, Japan was subject to a huge monetary bubble that virtually collapsed its economy.

Meanwhile, the same process was taking place in China, only the Western-style industrialization of China lasted for 20-30 years instead of 10. However, it would seem that this process is slowing in China, as well. Enter Africa …

President Obama acknowledged how drastically the continent had changed since his visit to Ghana four years ago. Then pictured as a desperate charity case, Africa is now seen more and more as a booming young market for the future …

Economic growth for sub-Saharan Africa was a vigorous 5.1 percent last year, according to the International Monetary Fund, which predicts growth of 5.4 percent this year and 5.7 percent next year. Trade between the United States and Africa has more than doubled over the past decade.

Speaking to some 150 business leaders from the United States and Africa in Dar es Salaam on Monday night, Mr. Obama announced that Penny Pritzker, his new commerce secretary, would lead what he called a "major trade initiative" to Africa in her first year.

Mr. Obama hoped that the trip would emphasize economic partnership between the United States and Africa, but concerns about the failing health of former President Nelson Mandela of South Africa have dominated the news media's attention. Mr. Obama sounded ready Monday to refocus on the vitally important issues affecting people here, in particular emphasizing the need to bring electricity to the two-thirds of Africans without regular access to power.

Mr. Obama has unveiled an ambitious program to double access to electricity in sub- Saharan Africa, investing $7 billion in financial support for an initiative called "Power Africa." Tanzania is one of the initial six participating countries, where the government hopes to add 10,000 megawatts of generation capacity and reach 20 million households that lack electricity right now.

In our view, it is no coincidence that Obama has traveled to Africa: It is a signal, for those who are able to appreciate it, that the program successfully applied to Japan and then China and is now about to illuminate the Dark Continent.

Of course, Africa is not culturally homogenous and thus, certain countries will have to lead the way when it comes to the planned development. Follow Obama's tour of Africa to see some of the countries that may have been selected for "special" development: Senegal, Tanzania and South Africa … We have speculated about some other countries as well, especially Nigeria, Kenya and The Ivory Coast.

There is no guarantee that what has been applied to Japan and China will be successful in Africa. Tribal communities may be more resistant to industrialization than the homogenous cultures of Japan and China. Nonetheless, a plan seems to be in place and we figure there are not many alternatives at this point. Somebody besides the US Fed is going to have to buy US Treasuries and fund the country's enormous deficit.

Africa, or certain countries within Africa, seems to have been nominated. Let us see if they accept.