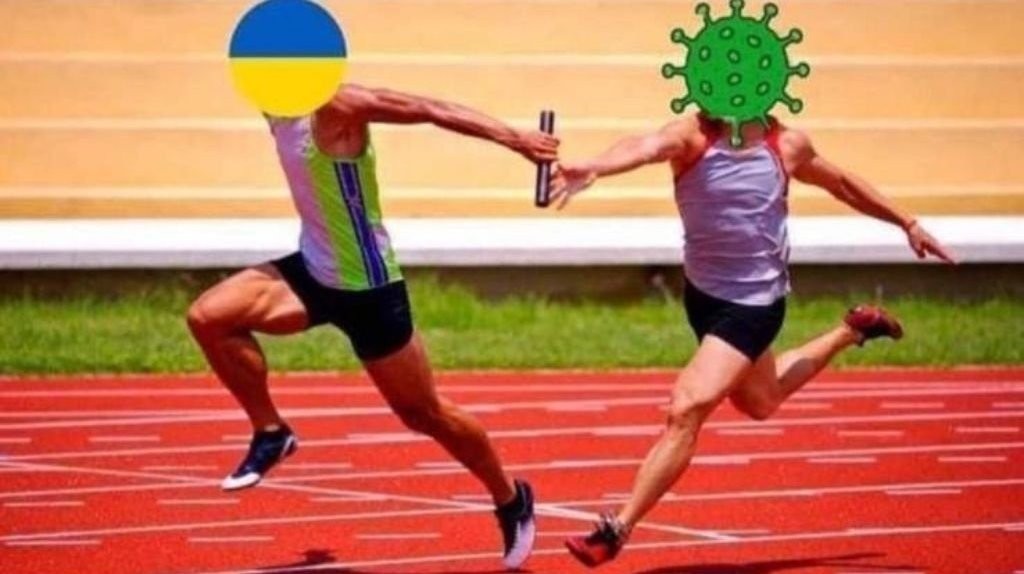 Actually, as Winston well knew, it was only four years since Oceania had been at war with Eastasia and in alliance with Eurasia. But that was merely a piece of furtive knowledge which he happened to possess because his memory was not satisfactorily under control. Officially the change of partners had never happened. 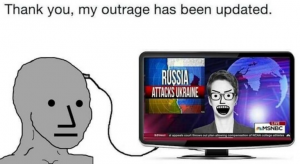 The smoothness with which the corporate media redirects its viewers’ base emotional response — emanating from the deepest reptilian caverns of the medulla oblongata, the “lizard brain” — is… uncanny, other-worldly, jaw-dropping. 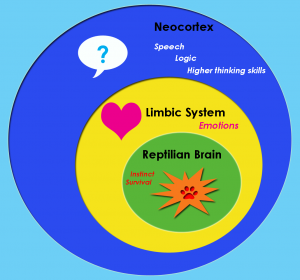 No combination of adjectives could do justice to this most marvelous of propaganda coups over the human psyche.

Almost overnight, sometime in February 2022, the corporate left’s Public Enemy #1 morphed from the much-maligned “anti-vaxxer” murdering their grandmother by COVID breath into a Russian:

“The vaccinated also say, almost unanimously (88%), that Russia is guilty of war crimes in Ukraine, while only 32% of unvaxxed respondents agree, and 42% say they don’t believe it is happening at all.” 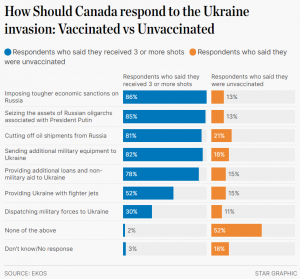 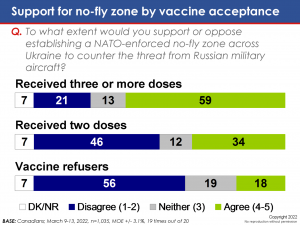 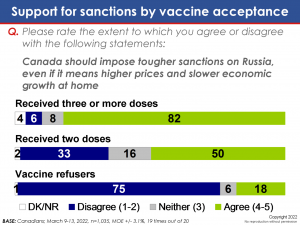 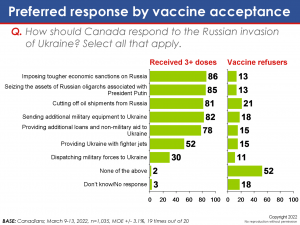 This is not an organic phenomenon. There is no natural correlation between COVID-related public opinion and Ukraine-Russia war public opinion.

Rather, this is the intentional result of incessant propaganda. 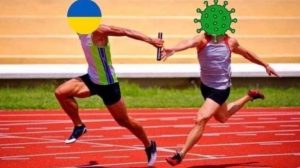 Anthony Fauci – a semi-permanent fixture on cable news – all but disappeared in the blink of an eye.

In the left’s NPC minds, “anti-vaxxers” and racist MAGA goons and Vladimir Putin and bigoted transphobes who won’t celebrate a 6″3′ man packing visible genitals crushing women competitors as a hero on par with Jackie Robinson are all one interchangeable entity.

Thus the social engineers achieve the intentional interweaving of various “far-right” identities into a single consolidated, hated enemy of the left.

The One Great Unified “Far Right” Enemy simply wears different faces, in their conception, and so adherents to leftist doctrine can easily be shepherded into a frenzy against whatever face is most convenient to push the current corporate-state agenda at any given time.

“Within thirty seconds any pretense was always unnecessary. A hideous ecstasy of fear and vindictiveness, a desire to kill, to torture, to smash faces in with a sledge hammer, seemed to flow through the whole group of people like an electric current, turning one even against one’s will into a grimacing, screaming lunatic…

The programmes of the Two Minutes Hate varied from day to day, but there was none in which Goldstein was not the principal figure. He was the primal traitor, the earliest defiler of the Party’s purity. “

The memes almost paint themselves. 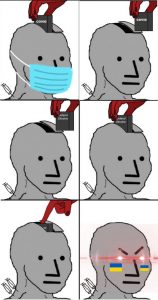 The first major rule of thumb when analyzing domestic US politics: when both major parties (which are in practice a single captured uniparty serving multinational corporate interests) operate in lockstep, whatever agenda unites them is bad for you.

Cooperation between the two wings of the corporate uniparty always means: 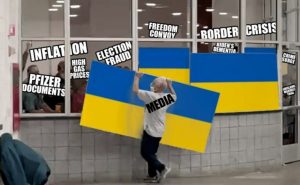 The Fake Moral Outrage Is 100% Theater

Just like the COVID social posturing had nothing to do with science (or, as Fauci frames it, The Science©), none of the moral preening over Ukraine/Russia has anything to do with humanitarianism.

None of these leftist morons, as I’ve pointed out before, knew Ukrainian flag colors two months ago. They still don’t know what those colors symbolize. The overwhelming preponderance of them couldn’t find Ukraine on a map even now.

Do they have even a basic grasp on millennia-long Ukrainian history? Yeah right.

They can’t even draw goofy depictions of the flag for self-congratulatory Instagram selfies right. 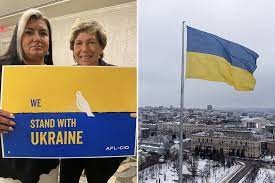 Most importantly in this human tragedy, Ukraine and Ukrainians will be left to rebuild their destroyed country once the leftist moral preeners have been herded into the next culture war virtue signal.

Every single one of these people all of the sudden pretending to have a deep abiding interest in Ukrainian national sovereignty — the teachers’ union president  Randi Weingarten picture above and chickenhawk nancy Lindsey Graham — should be shipped directly to the front lines to fight the war they cheerlead. 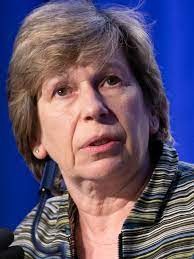 Off you go to the frontlines to defend Ukrainian democracy with an AK-47 and a prayer, American Federation of Teachers’ president Randi Weingarten

Check out this worthy ultimate montage of shameless social media virtue signaling, as the influencer vultures feast on the suffering of average Ukrainians:

A Note On ‘Left-Right’ Dichotomy and Related Terminology

A major failure, which I take personal responsibility for, has been negligent framing. I haven’t properly reframed the narrative away from left vs right to establishment vs. average people.

There is, by and large, no “right” or “left” left in America – or if there is, those battle lines are rapidly disintegrating and reordering.

And, if there is a genuine and significant “left-right” dichotomy still at play, it’s certainly an entirely different ideological animal than the 1990s “liberal vs conservative,” “elephant vs jackass,” ‘Hannity and Colmes’-style breakdown.

The only reason to continue to use the “right-left” terminology is for the sake of convenient shorthand.

What we have in 2022 are humans with human interests, and, on the other side in opposition to us — them – whoever or whatever they are.

On one side, the human one, we have a barely-treading-water, forever-imperfect vision of a pro-human, Western future with a respect for civil liberties.

On the other side, we have WEF-directed dystopian corporate collectivism that achieved remarkable gains in the COVID era, and is now leveraging that success for further gains through a variety of mechanisms, including shutting down food supplies by way of war with Russia and all the sanctions that come with it.

Those are the new battle lines.