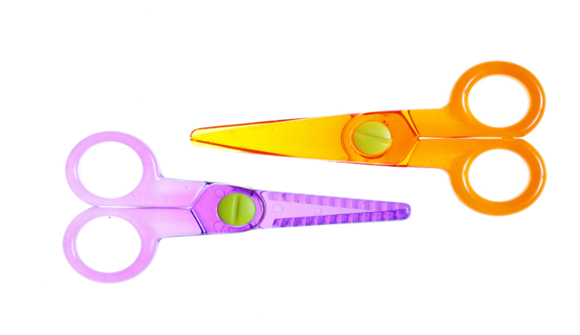 OECD cuts global growth forecasts amid 'deep concern' over slowdown .. A "deeply concerning" slowdown in trade, particularly with China, will lead to lower global economic growth this year, says the Organisation for Economic Co-operation and Development. Global GDP is now expected to grow by 2.9%, down from 3% forecast in September, but will hit 3.3% in 2016 … The OECD called for the US Federal Reserve to go ahead with its first rate hike since the financial crisis as a recovery gains steam in the United States and Europe. Expectations of a rise in US interest rates next month have soared following strong employment figures from October. – BBC

Dominant Social Theme: It's really bad … but it's okay, too. The Fed should cut.

Free-Market Analysis: There's a lot of pressure on the Federal Reserve these days to cut rates. But as we'll show in this article, the real question is a good deal more serious and complex.

For instance, the latest US jobs report seemed to show that the US economy was creating even more jobs than expected. This immediately set in motion a turgid wave of punditry regarding rate hikes: The Fed needed to raise rates to anticipate price inflation.

Just as this wave of ephemera was slightly receding, the OECD (see above excerpt) came out with its own report that advises the Fed to hike. This hike was needed, the OECD explained, to cool the US economy before substantial price inflation occurred.

Right now, because of its newness, the OECD report is getting a lot of attention in the mainstream media. The OECD is one of those bearded, old agencies developed just after World War II. It is was initiated in France and intended to work in partnership with the US to support the Marshall Plan that poured a vast stream of US dollars into Europe to "rebuild" it.

As with virtually all government-initiated facilities, the OECD did not go away once the Marshall Plan lapsed. It just turned into a larger and even vaguer organization that "promotes" cooperation among member states.

The Organization for Economic Cooperation and Development (OECD) is a unique forum where the governments of 34 democracies with market economies work with each other, as well as with more than 70 non-member economies to promote economic growth, prosperity, and sustainable development.

Phrases like "sustainable development" provide us with insights into the OECD's larger positioning – as part of a broad panorama of global facilities that are tied into various United Nations initiatives including its controversial Agenda 21.

The OECD simply by virtue of its current mission also reinforces the current system of expanding global governance within the context of central bank monopoly fiat control. Thus, the recent suggestion that the Federal Reserve hike rates seems to confirm that one of the most pressing economic issues in the world has to do with said hike.

Of course, this is not true. The problems that the world faces within an economic context are far larger and have to do with the inherent – planned? – dysfunction of the system itself. One need only recall that the current system has given rise to over one quadrillion dollars in notional derivatives to gain an inkling of its full lunacy.

One well-known individual who has been calling for reform for decades now is the famous libertarian presidential candidate and former US congressman Ron Paul. Now leading the Ron Paul institute, he publishes regular weekly columns promoting his anti-mercantilist and anti-war views. This week his column asked, provocatively, "Does the Bell Toll for the Fed?"

Regular readers of The Daily Bell will recall we raised this question years ago when it became obvious after 2008 that the Fed literally had no damage control plan in place to protect itself from the inevitability of the public's rising anger.

Those running the Fed have in the past used misdirection and misinformation to deflect blame away from central banking during the larger cyclical busts that are inevitably created by central banking monopoly fiat price-fixing.

Even before the Internet, Ron Paul was regularly making these sorts of points regarding the world's modern monetary system. The Internet, however, has enabled new generations to understand his crusade for marketplace money and as a result the Fed and central banks generally are increasingly exposed.

Why should a few men and women have the monopoly power – granted by the state – to set the price and value of "money?"

As the general public continues to contemplate this question and to accept the logical answer – they shouldn't – central banking continues to lose credibility. Riding on a wave of skepticism, Ron Paul and his son, Rand, now the junior senator from Kentucky, have continued their attacks on central banking by promoting "audit the Fed."

In his latest column, Ron Paul updates us on the progress of the bill, writing, "One positive step Congress may take this year is passing the Audit the Fed bill. Fortunately, Senator Rand Paul is using Senate rules to force the Senate to hold a roll-call vote on Audit the Fed."

Allowing a secretive central bank to control monetary policy has resulting in an ever-expanding government, growing income inequality, a series of ever-worsening economic crises, and a steady erosion of the dollar's purchasing power. Unless this system is changed, America, and the world, will soon experience a major economic crisis. It is time to finally audit, then end, the Fed.

The last sentence of the column is a notable one. We can see here that Ron Paul, bereft of congressional responsibilities, has returned to his more robust rhetoric regarding the Fed, calling not only for transparency but also for closure.

This is the REAL issue, not whether Janet Yellen decides on a 25 basis point hike based on a likely non-existent industrial expansion.

If one examines the mainstream financial press recently, one finds it almost monomaniacally focused on the question of "will she, won't she?" Again, we see the prestidigitator on display, magically shifting the debate from the Fed's historical record of ruin to a simple question regarding an additional quarter point.

But, we'd argue, increasingly the general public is aware that the debate extends far beyond central banking decisions to the legitimacy of the world's modern economic structure. This is a huge paradigm shift, and one that is both dangerous and hopeful.

In the near term it is seemingly dangerous to people's solvency and financial future. In the long term this debate is hopeful because the current system is insupportable and eventually it will self-destruct anyway. If the system is dismantled under public pressure it is possible that some of its destructiveness can be curtailed.

However, as we often point out, sociopolitical and economic systems almost never travel backwards. The vested interests surrounding central banking are hugely powerful, authoritative and above all desperate.

Over time, as we have suggested (thanks to what we call the Internet Reformation), the current economic and military command-and-control system under which the world labors will indeed tear itself apart. It is very possible that a more globalized system is not going to evolve because too many people understand and are increasingly resistant.

But even accepting the possibility of an expansion of freedom and a reduction in the internationalist impulse, one is still faced with the age-old problem of getting from "here to there."

This is of course a central brief of The Daily Bell, and we often present actionable intelligence on ways to "live free in an unfree world." There are certainly options available to those determined to live more prosperously and securely. You can explore some of them by subscribing to the newswire, below.