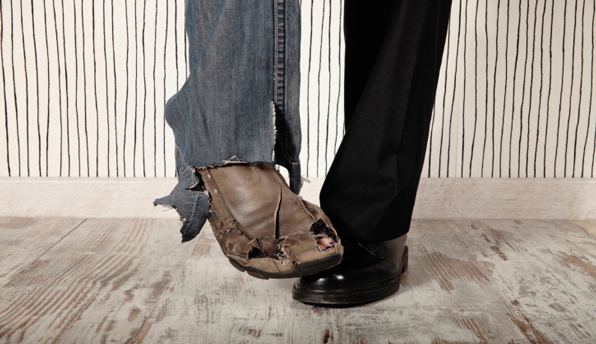 Fed Chair Unsure If Capitalism or Oligarchy Describes the U.S. … "Are we still a capitalist democracy or have we gone over into an oligarchic form of society in which incredible economic and political power now rests with the billionaire class?" Sen. Bernie Sanders, a Vermont socialist, asked that question of Federal Reserve Chair Janet Yellen at a hearing on Capitol Hill Wednesday. Yellen said she'd "prefer not to give labels," but she admitted to being very concerned about income inequality. – CNS News

Dominant Social Theme: The US is the freest country in the world and the "great exception."

Alan Greenspan no doubt would have answered in a way that allowed for multiple interpretations. But Yellen took the question with little equivocation.

"So, all of the statistics on inequality that you've cited are ones that greatly concern me, and I think for the same reason that you're concerned about them. They can shape the – determine the ability of different groups to participate equally in the democracy and have grave effects on social stability over time.

"And so I don't know what to call our system or how to – I prefer not to give labels; but there's no question that we've had a trend toward growing inequality and I personally find it very worrisome trend that deserves the attention of policy-makers.

Sanders also asked Yellen about repealing the estate tax: "Would it make sense to you to give enormous tax breaks to the families of the top one percent of people in this country?" Yellen repeated that she shares Sanders' concern with inequality – but "it's up to the Congress to decide what's appropriate."

We can see that Yellen is being cautious, even as she is granting the possibility that the US is an oligarchy. Sanders has an agenda, but Yellen is certainly not about to discount it outright.

That this question came up at all is the result of a Princeton study on the subject. A TalkingPoints post back in April reported on the study, which asks "who really rules the US." The study concludes that in the past few decades America's political system has evolved from democracy to oligarchy.

In such a system, wealthy elites wield most power. Data drawn from over 1,800 different policy initiatives from 1981 to 2002, [show] that rich, well-connected individuals on the political scene now steer the direction of the country, regardless of or even against the will of the majority of voters.

"The central point that emerges from our research is that economic elites and organized groups representing business interests have substantial independent impacts on U.S. government policy," 'the authors] write, "while mass-based interest groups and average citizens have little or no independent influence."

This is a strong conclusion, indeed, and one that The Daily Bell itself often focuses on. However, there is a difference: We believe that it is not so much "rich, well-connected individuals" that steer the country as a handful of top globalists with access to the incredible riches of central banking that they helped create and implement.

It is a very small group, in our estimation, that has created the conditions of increased internationalism that is apparently their goal. In order to steer the world in that direction, they utilize mercantilism – the conflation of private interests with the legal force of government.

The two main tools of this mercantilist system are monopoly central banking and corporate personhood. The resultant system is constantly consolidating, creating larger and larger business entities and government initiatives. As head of the Fed, Yellen is front-and-center in the continued enforcement of the system.

Beyond the mechanism itself, the system is perpetuated by certain dominant central themes put out to support increased globalism. One of the main memes involves the insistence that capitalism is subject to failure and needs constant regulation and supervision. Another is that self-interest creates conflicts of interest.

This latter point was recently rebutted over at Bloomberg by Jonathan Weil in a post entitled, "The Best Stock Research Money Can Buy."

The stereotype about Wall Street stock analysts has been well earned: They rarely say "sell," and their research reports often are compromised by investment-banking relationships or other conflicts of interest.

Now a new academic paper by three accounting professors has gone a step further. The authors studied a sample of 247 stock-research reports that were paid for by the companies being written about. They found the reports were just as reliable as comparable analyst reports issued by conventional brokerages.

… The study is in the current issue of the Accounting Review, published by the American Accounting Association. The professors noted that a lot of small public companies have trouble getting securities analysts to write about them, and that greater visibility can lead to more liquidity for their stocks and a lower cost of capital.

This is a great example of how debased the US sociopolitical conversation has gotten in the century. It is the marketplace itself that should determine the efficacy of specific competitive paradigms. Government is really not necessary to the process so long as competition is the main determiner. Using competition to police marketplaces is infinitely more sensible than using bureaucracy.

If competition was acknowledged as the main driver of industry standards and if the centralizing effects of modern monopoly central banking and corporate personhood were removed, oligarchic tendencies would be greatly diminished.

This won't easily happen, however, because those in power SEEK an oligarchy and endorse the various sociopolitical and economic platforms that support it.

A conversation about the US system has now begun. We have a suspicion that this is part of a larger dialectic intended to gradually enlighten people as to the reality of their lives and professional and personal situations. We'll see how well this sort of promotion works in the 21st century.

Solutions to be offered, of course, will feature further regulation.