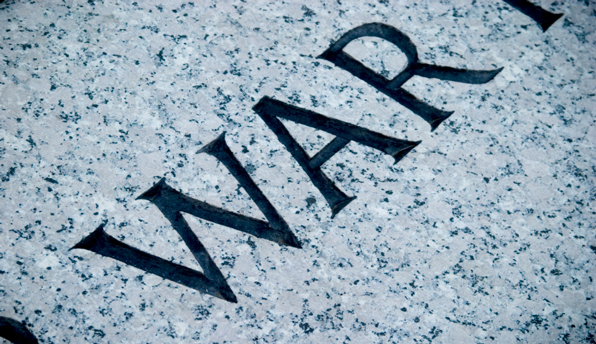 STAFF NEWS & ANALYSIS
On the Eve of Anniversary, Disinformation Swirls Around World War I
By Staff News & Analysis - February 06, 2014

Simon Jenkins … apologised to the Germans for the forthcoming "avalanche of often sickening Great War memorabilia, largely at their expense. It will be the British at their worst: sanctimonious, self-congratulatory, worshipping at the tomb of the unknown, awful German." The war was nothing more than a pointless grinder, churning millions of bright young men into fertiliser for the fields of Europe. On one side, we have neoconservatism: always ready to run to the rescue of poor little Belgium or, today, the Syrian opposition. On the other, Left-wing anti-war pessimism: always ready, if the circumstances demand it, to do nothing at all. Which is right? – UK Telegraph

Dominant Social Theme: World War I – the first "good" war. Sure it was bloody, but it stopped the Huns.

Free-Market Analysis: This Telegraph article explores the necessity of World War I. The war is beginning to receive a good deal of attention because it began on July 28, 1914 and thus, the 100-year anniversary is imminent.

We have expressed in the past that we have a good deal of trouble with the idea of the war's necessity and thus have come to consider it just more directed history.

Those who developed the delicately balanced treaties that resulted in the war took something like 40 years to develop them. When it tumbled over into bloodshed, those who created the disaster invoked the law of unintended consequences.

Even today, historians struggle to explain how a war that offered little to the nations involved ended up lasting five years, at the cost of 8 million dead and 25 million wounded or disabled.

This article is perhaps the opening salvo in an endless stream of commentary memorializing a war that should never have occurred and which served no purpose except to wipe out a generation of young men. If so, it is a good start if only for the anger it evinces at the waste and manipulation.

The wars over the First World War are a troubling abuse of history for political ends … What are we commemorating and why? We haven't even begun to celebrate/remember/regret the outbreak of the First World War and already we're debating whether or not it was a necessary/tragic/bloody awful thing.

As a historian, I ought to be thrilled that people are engaging with my subject – a bit like how the experts in dredging must feel whenever there's a flood. But actually, it confuses.

The discussion began with Michael Gove, when he wrote in the Daily Mail that WWI was "an unspeakable tragedy, which robbed this nation of our bravest and best" – but also one subject to various "left-wing" myths.

Contrary to the Blackadder spin, many participants saw it as a "noble cause" and for good reason: "The ruthless social Darwinism of the German elites, the pitiless approach they took to occupation, their aggressively expansionist war aims and their scorn for the international order all made resistance more than justified."

That provoked an angry response from the Left. Simon Jenkins, for instance, accused Gove of having "seized the moment for tub-thumping jingoism against his political foes." Neither. The reality is that WWI had nothing to do with modern ideology, yet (ironically) we constantly seek to understand it through modern ideology.

It started because the 19th-century diplomatic system broke down, undermining assumptions that various powers had no interest in fighting and would not do so when tested. Its bloodiness was due to technology: industrial warfare trumped the war of fast movement that everybody expected. And it ended because the Germans ran out of food.

This last graf is where the article begins to go off the tracks. The salient question is whether the diplomatic system broke down or certain forces were intent on pursuing war no matter what.

TrueDemocracy.net summarizes of the war's historic events and coincidences in an article entitled "World War I, An Alternative View." Here are some bullet points summarized from the article:

• The combatants at the very top were closely allied and related. With the exception of the Tsar of Russia, all the personnel advisors to the monarchs at the time were hand chosen by Queen Victoria herself.

• The assassination of the Archduke was carried out by a secret society. Leading members of the Black Hand met with French and Grand Orient Freemasons at the Hotel St Jerome in Toulouse in January 1914 to arrange the assassination of Archduke Ferdinand, the heir to the Austro-Hungarian throne.

• Ferdinand knew he was going to die. He had informed his friend, Count Czerin, that he knew an attempt on his life was imminent because he had been told about it a year before.

Basically, the war was fought between members of Queen Victoria's family and one can search high and low for a "catalyst" beyond the idea that the war was intended to take place and took place as a self-fulfilling prophecy to enhance various globalist – banking – aims.

Something else to note: The war broke out some six months after the US Federal Reserve had been passed into law. The war would bankrupt Europe and leave the US financial system as the dominant power.

While the article veers off-track, as we've mentioned above, the conclusion brings it back:

There are few words in the English language so powerful as Kipling's, when he realised that his patriotic bombast had contributed to the death of his own son. "If any question why we died," he wrote, "Tell them, because our fathers lied."