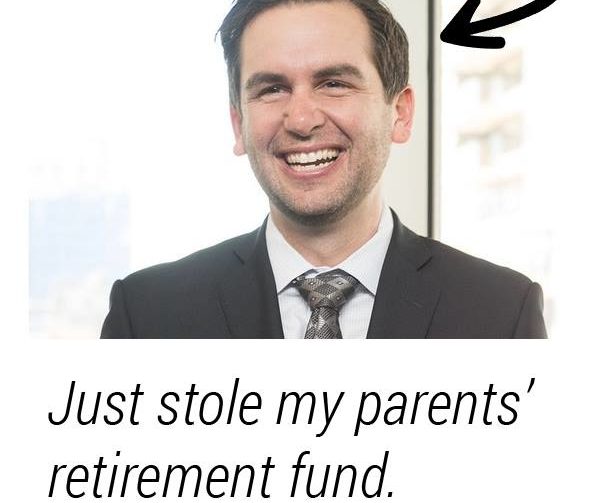 Jersey City Mayor Steven Fulop practically wiped out a couple’s retirement with the stroke of a pen.

He decided to issue an executive order banning the demolition of any homes for six months.

During those six months, Fulop wants the city council to pass new laws, “which will better protect the City’s culturally, historically and/or architecturally significant buildings and structures.”

The proposed new law would force property owners to get demolition approval from the historic preservation officer. This officer would have total discretion over granting or denying permits. If the permit is denied, the property owner can appeal to the Historic Preservation Commission.

But what this means for developers is total uncertainty. You can’t invest in a property that you might not even be able to use. And how can you tell if your demolition permit will be approved before buying the property?

Overnight the value of homes in the city was tanked by this executive order, while vacant lots are now more prized than ever by developers caught in the new regulatory net.

The order says this is “in the City’s best interest.”

But what about the best interest of the actual individual residents of the city?

Spencer Flagg’s parents have lived in Jersey City for 42 years. And this executive order screwed them out of their retirement 24 hours before they were set to close on a home sale. Spencer posted on Facebook to raise awareness of this injustice: 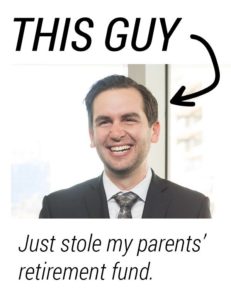 My parents have lived in Jersey City, NJ for the last 42 years and are finally retiring to the countryside of Tennessee to get away from the hustle and bustle. When they arrived in the 70s, times were tough and land was cheap. They took a risk, bet on the area, and scraped together enough money before I was born to buy and painstakingly hand-renovate two small, gorgeous, 100-year-old homes. One was the house my brother and I grew up in and one has served as a rental all these years.

The neighborhood is much wealthier now than it was when they arrived. Jersey City is in a renaissance and for the last several years developers have been clamoring to purchase land there. They pay amazing money, buy the land, raze the house, and build a larger multi-family home on the plot. Most of the block has gone this way, and my parents have been happily watching their land (and nest egg) increase in value year after year.

After almost a year of planning and moving and logistics, my parents got all their ducks in a row. They had a buyer for the old houses, they bought a new house in TN, and were just about to close on a new rental property in TN to protect their assets. Everything was good to go. All they had to do was get some final signatures, and the transactions would be complete.

A day before the final closing, Jersey City Mayor Steven Fulop issued an executive order banning all future demolition of 1-4 family homes (for historical preservation purposes). Since all potential buyers merely want the LAND and will raze the houses, this onerous act effectively devalued my parents’ property. The land is much less valuable with houses on it in the current market. There’s no getting around that. No developer is willing to pay for land he cannot develop.

Since the edict, the buyers have pulled out of the sale, and the TN rental purchase that was contingent on the NJ sale has fallen through. My parents have lost their long-nurtured nest egg to the whim of a young authoritarian politico. The path forward is uncertain. My parents are absolutely floored by this turn of events: this may entirely change how they live out the rest of their lives.

Preserving historic buildings is not a bad idea in itself. But preventing people from using private property as they see fit is unreasonable. Why does a historic building take precedence over real live people?

If the city wants to maintain historic homes, it should cough up the money to outbid the developers. If the city, and taxpayers, are not willing to pay a fair market value to preserve a historic home, then it should not be done.

But this executive order transfers that burden onto the homeowner. The Mayor basically just robbed this couple about to retire in order to preserve some old homes in the city. They will pay the price.

The mayor did not rescind the executive order after an explosion of criticism. Instead, he said:

I promised we would correct this situation quickly and have a fair/balanced approach between history and growth. It will be on the next council agenda for a 1st reading. #jerseycity https://t.co/1WrrsbvYkq

Of course, this doesn’t help the Flagg’s. Perhaps if Fulop had bothered to bring this issue to council meetings before he issued the order, the Flaggs would be on their way to a happy relaxing retirement.

Instead, they are stuck in a Jersey City quagmire.