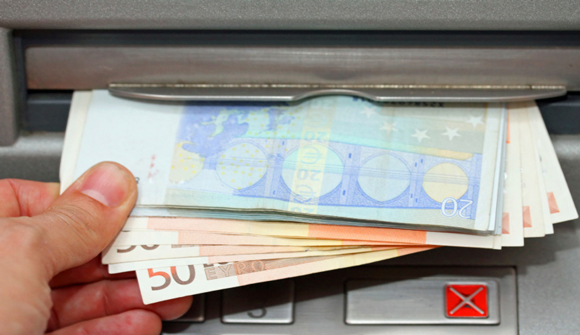 STAFF NEWS & ANALYSIS
One of the best pieces of advice I ever heard
By Simon Black - February 15, 2022

Thursday, November 29, 2001 felt like any other day in Argentina. People woke up, went to work, and lived their lives. There was nothing really unusual about that day, everything seemed fine.

Sure, Argentina’s economy had been in a severe recession for three years, so life was difficult. But it was still normal.

By the end of the day, however, a major bank run had started in the country, and life changed forever.

For years, up to that point, Argentina had pegged its currency at a 1:1 rate to the US dollar; this meant that anyone holding local currency could freely convert their Argentine pesos to US dollars.

The government’s goal behind this scheme was to reign in inflation and demonstrate that their currency was strong. And it worked for a few years.

But eventually the convertibility became unsustainable. As more and more businesses and individuals converted their pesos into dollars, the government started running out of dollars.

So they went into debt.

Argentina’s government borrowed a mountain of US dollars from foreign investors, solely to maintain this artificial exchange rate. Nearly every dollar they borrowed was almost immediately exchanged for pesos, forcing the government to borrow even more dollars.

By November 2001 the situation reached its crisis moment; large depositors became spooked that the heavily indebted government was about to break the unsustainable exchange rate and devalue the peso. So they started withdrawing their money and converting into dollars.

Panic quickly set in. The next day, Friday November 30th, everyone in the country was rushing to get their money out and convert to dollars.

Then it happened: the next morning, on Saturday December 1st, the government announced that they were freezing every bank account in the country in order to stop the panic.

Needless to say the bank freeze had the opposite effect. People went out into the streets to riot like never before. Workers went on strike. Looting and crime rates soared. Grocery store shelves emptied out.

By December 20th the situation was so untenable that the President resigned from office and was forced to escape the capital by helicopter.

The whole episode took less than five weeks– from November 29, when everything still felt ‘normal’, to early January 2002 when they had blood in the streets, looting, empty grocery shelves, frozen bank accounts, debt default, and a currency crisis.

My friend Marco was there for it. Originally from Argentina, Marco was studying at Harvard at the time, but he flew back to Buenos Aires to help his family.

He once told me a story about how he went with his father to the bank in December 2001, after the national freeze. Marco’s dad was holding his life’s savings in physical cash US dollars inside a safety deposit box at the bank.

They had to bribe a guard to let them in and access the box; Marco and his dad then stuffed bricks of cash down their pants, then escaped by making their way past the violent mob outside.

It’s not a situation anyone ever expects to find themselves in. Again, it had only been a few days prior that everything still felt normal. But then the unthinkable happened.

This shouldn’t be so far-fetched anymore. The last few years should have taught all of us that absolutely anything can happen. And just because something hasn’t happened yet doesn’t mean that it won’t happen.

Marco recently told me the best piece of advice his dad ever gave him. He said, “Son, learn English… and know how to swim. Because by the time you’re going to really need those skills, it will be too late.”

That’s incredible advice. But I would add to that list– Have a Plan B! Because by the time you need one, it will be too late.

Marco’s father did have a Plan B; he was smart enough to realize that the exchange rate wouldn’t last, and that the government would freeze everyone’s bank account. So he held his savings in US dollar cash.

The flaw, of course, was that the money was still held inside of a bank building, in a safety deposit box. They were lucky to have been able to bribe their way into the bank.

A great Plan B covers a lot of ground. It ensures that, no matter what happens or doesn’t happen next, you’ll be in a position of strength.

Critically– a Plan B is NOT the same as having a bunker mentality.

I know there are a lot of people who are deeply concerned about the risks in the world and the astonishing erosion of individual liberty.

And it’s natural that stressing out over those risks can prompt an emotional reaction, often resulting in a bunker mentality where people feel like they need to prepare for the end of the world.

The emotional response is understandable. But, rationally, the world is not coming to an end. And when you have a bunker mentality, you end up spending a lot of time, money, and energy wallowing in negativity and preparing for a very specific scenario that is extremely unlikely.

A bunker mentality is like having a REALLY expensive insurance policy on your home that will pay you out $1 BILLION… but only if your home gets struck by lightening.

Sure, if your house is struck by lightening you’ll clean up. But that specific insurance policy costs you a lot of money and misses 99.99999% of other potential risks.

A great Plan B, on the other hand, enables you to go on living your life with a lot more confidence that your risk exposure is greatly reduced across the board.

For example, if you’re concerned what our public health dictators will do the next time a new virus pops up, you might consider having a second residency in a country that’s more respectful to individual freedom.

(You could even have a third, fourth, fifth, etc. residency to increase your options.)

If you’re concerned about the privacy, control, and censorship from Big Tech companies, you can stop using them. There are dozens of different options to set up your digital life in a way that reduces or eliminates Big Tech’s dominance over you.

And sure, if you’re concerned about thinning grocery store shelves and ongoing supply chain dysfunction, it doesn’t hurt to have some extra nonperishable food and water at home. Or even a small generator.

But if those risks never really play out, you won’t be worse off for having taken those steps.

And you’ll hardly be worse off having another option where you and your family have the right to live, work, and visit whenever you want.

That’s the key difference in what makes a great Plan B: you’re not planning for the end of the world, or even a specific outcome.

It’s about taking a rational view of obvious risks, and finding sensible, cost-effective ways to mitigate them.

And it’s definitely something you want to have as soon as possible. Because, just like knowing how to swim, by the time you need it, it will be too late.