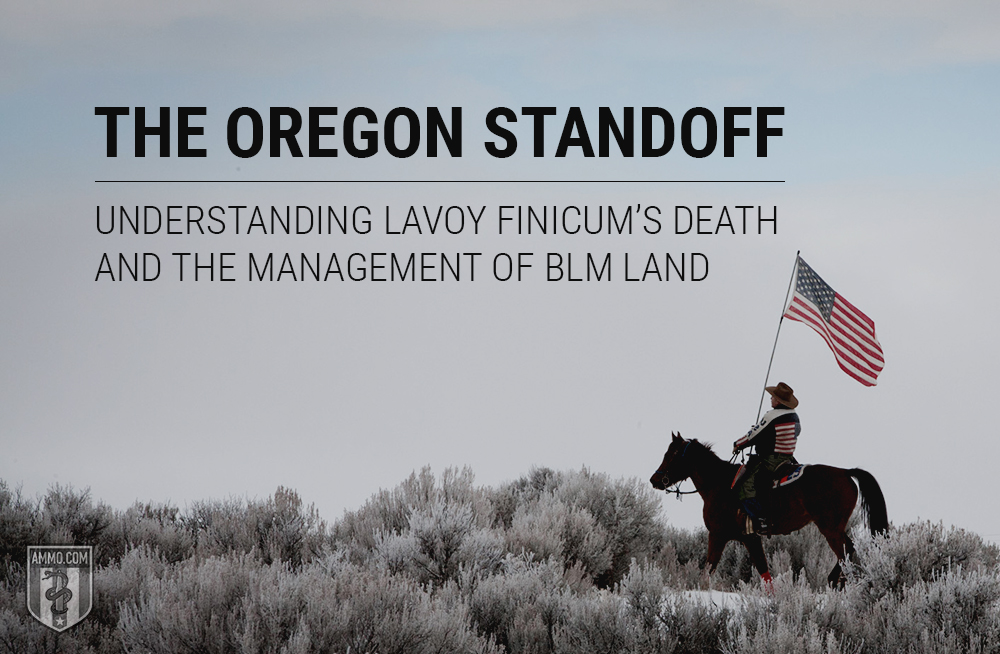 When one talks about the Bundy Family, the first thing that springs to mind is the standoff in Nevada in 2014. However, perhaps even more important is the standoff and occupation at Oregon’s Malheur National Wildlife Refuge in 2016. Indeed, the two events are often conflated because Ammon Bundy is the son of Cliven Bundy, the man who stood up to the federal government over “grazing fees” on Bureau of Land Management land.

The occupation was a highlight for both the militia and the sovereign citizen movement as well as proponents of states’ rights. The main argument from those occupying the land is that the federal government is mandated by law to turn over the land that they manage to the individual states in which the land sits. This, they argued, was particularly true of the Bureau of Land Management, United States Forestry Service, and United States Fish and Wildlife Service land.

The 2016 Oregon standoff was over two ranchers convicted of arson on federal lands – despite the fact that the men, a father and son pair named Dwight and Steven Dwight Hammond, did not want their support.

Harney County in rural eastern Oregon is one of the largest counties in the United States by land mass, but one of the smallest when it comes to population. With a mere 7,700 people, cows outnumber humans in Harney by a factor of 14-to-1. Nearly three quarters of the land in the county is federally managed. The Malheur National Wildlife Refuge was established by then-President Theodore Roosevelt in 1908. It’s a large area of the county and surrounding area at 187,757 acres.

While each federal agency manages land differently, it is worth taking a closer look at the Bureau of Land Management (BLM) as a template case for how federal land management works in general.

The BLM manages fully 1/8th of all the landmass of the United States. The Bureau was created by then-President Harry S. Truman in 1946, through the combination of two existing federal agencies – the General Land Office and the Grazing Service. Most BLM land is concentrated in 12 Western states: Alaska, Arizona, California, Colorado, Idaho, Montana, Nevada, New Mexico, Oregon, Utah, Washington, and Wyoming.

There’s truth to the idea that BLM lands are largely lands that no one wanted to settle. The actual land is remnants held for homesteading that no homesteaders actually claimed. Ranchers, however, often use the land for grazing with 18,000 permits and leases held for 155 million acres. There are also over 63,000 gas and oil wells, as well as extensive coal and mineral mining. So while the land might be land that individuals don’t want to live on and farm, it is far from without value.

Part of the controversy in both the Nevada and Oregon standoffs was the question of ownership of these public lands. Cliven Bundy did not feel obligated to pay grazing fees for what is ostensibly “public” land that, the argument goes, is not owned by the federal government at all, but no one in particular. Similarly, the men who were convicted of “arson” on federal land weren’t terrorists or thrill-seeking firebugs. It was part of a longer-standing dispute with the federal government over their right to graze cattle on the land that started with the pair doing controlled burns that became uncontrolled. They became a cause celebre for the Bundy crew, because they were another symbol of the conflict over who rightfully owned the land.

In a certain sense, this is a purely academic question. In another sense, the federal government owns whatever it says it does, because who is going to say otherwise? However, this was the theory and argument that underpinned the occupation of the Wildlife Refuge.

Agenda 21 is a name for a supposed United Nations statement on reducing the world population from above 7 billion to below 1 billion. Those who believe this is a goal of the United Nations believe that it will take place effectively by hoarding everyone off of the land and into cities, where they will be reliant upon others for food production. They also believe that it will take the form of state-funded or state-mandated abortions. In some cases, they believe that autism caused by vaccines is a way to lower the population since people with autism are far less likely to have children than those without.

This is an important context for the standoff, because some of those involved believed that they were not fighting for the freedom of two men they believed to be wrongfully convicted of arson or even over obscure questions of natural and Constitutional law, but for their very lives, livelihood and posterity against a tyrannical would-be one-world government. One does not need to agree with the world view of these people to see it as an important factor in the standoff.

Who Are Bundy and Finicum?

Ammon Bundy is a name probably known to many readers of this website. He is the son of Cliven Bundy, the man who had previously stood up to the BLM over grazing rights in Nevada in 2014. Ammon had recently formed the group Citizens for Constitutional Freedom. A faithful member of the Church of Jesus Christ of Latter-Day Saints, Ammon believed, as did his father, that his resistance to the federal government was not merely political, but specifically ordered by God.

Lavoy Finicum, also a member of the Church of Latter-Day Saints, was another leader of the movement. Like Cliven Bundy, Finicum decided that he was no longer going to pay grazing fees to the BLM. He published a video on YouTube where he stated that he did not believe that it was legal for the federal government to own the land in question, and cited Cliven Bundy as a direct inspiration for his new stand against the federal government. He refused to pay $12,000 in fees accrued in under six months.

Finicum had also been on the federal radar after he was erroneously named in a case against William Keebler, who planted a bomb at a BLM cabin. If there are any MSNBC viewers out there, you might know Finicum as “tarp man” due to his omnipresent blue tarp that he used to protect himself from the elements.