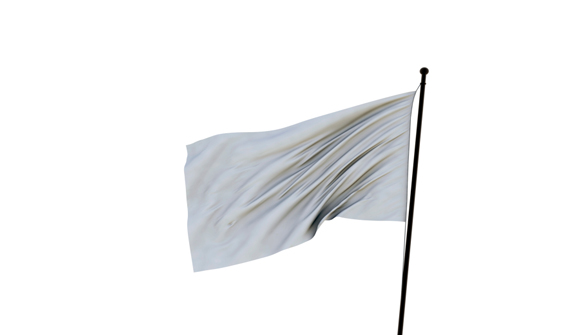 STAFF NEWS & ANALYSIS
Our enemies will tremble at the sight of our diversity and inclusion. . .
By Simon Black - August 11, 2020

Not long ago, the British Army realized that it needed to completely revamp its recruiting campaign.

The younger generation simply wasn’t responding to the Army’s previous ‘Be All You Can Be’ style of advertising. So British leadership changed the recruiting message to keep up with the massive cultural shift that has been sweeping the world.

Their updated campaign focused on– you guessed it– diversity and inclusion.

The Army’s new priority was to show off how woke they are, and to make new recruits feel safe and happy… as opposed to building a lethal, highly effective fighting force.

One of the best examples of this ad campaign shows British soldiers on a combat patrol, ostensibly in the mountains of Afghanistan.

But suddenly the mission stops… because one of the soldiers is Muslim and needs to pray.

The ad shows the rest of the unit happily and patiently waiting. At one point, the radio squawks (which is usually because the command headquarters or another nearby unit needs to communicate with your squad.)

But one of the soldiers shushes the radio operator. So we not only need to stop the entire freaking war, but we have to cut ourselves off from potentially critical communication, just so this guy can continue to pray without being disturbed.

Just to be clear, I respect anyone’s religious beliefs. I don’t care if someone prays to the sun, Allah, or Joe Pesci.

But they don’t stop a war when someone gets SHOT. Duh. So why stop just because someone needs to pray? What kind of priority is this??

It’s as if the Army leadership actually believes “Our enemies will tremble at the sight of our diversity and inclusion. . .”

But in reality, the entire world now knows that the British military will stop in the middle of a war to coddle the needs of every individual soldier.

Again– this is a major shift in priorities. Military service is supposed to be about selfless sacrifice, not the needs of the individual.

Unsurprisingly, the Chinese have figured this out.

In its new recruiting campaign, China’s military leadership shows the sacrifices that its soldiers make… the early mornings, the long days, the time away from family, and the difficult life.

But the Chinese ads attract exactly the type of person they’re looking for– people who don’t want to take the easy path.

China’s recruiting ads also show off a bonanza of high-tech weaponry, including some of the most advanced fighter jets, tanks, and ships in the world.

Take a look at these two side-by-side and ask yourself, “Gee I wonder who would win that war?”

I wrote about this yesterday– you can see this major shift in priorities just about everywhere.

The top priority of the world’s biggest corporations is no longer running their businesses and turning a profit. Now it’s all about showing off their woke credentials.

You can’t just sell shoes anymore. You have to run political ads to demonstrate how deeply you believe in the new religion of wokeness.

Nike built an entire ad campaign around Colin Kaepernick– the former NFL player who started the movement to kneel during the US national anthem.

And last month when Kaepernick tweeted that July 4th was a “celebration of white supremacy,” Disney almost immediately hired him to produce content.

Beyond wokeness, economic priorities have also shifted. National, state, and local governments all over the world are paying people to NOT work, and refusing to allow small businesses to operate at normal capacity.

Rather than work, produce, and contribute to a healthy economy, they want us all to be terrified of a virus and dependent on mother government.

As I wrote yesterday, economic prosperity is no longer the priority.

They will rack up limitless amounts of debt, print infinite quantities of money, make interest rates negative– all to protect people from Covid, regardless of the cost to the economy or individual liberty.

Then you have Bolshevik politicians to contend with, like Congresswoman Alexandria Ocasio-Cortez, who led a ridiculous crusade last year to banish Amazon from her district.

Amazon had originally announced that they would establish a second headquarters in Long Island City, New York (which AOC represents).

“HQ2” as it was called, would have brought billions of dollars in benefits– high paying jobs, investment, additional tax revenue. And in exchange, Amazon would have received some minor tax breaks.

But Bolsheviks don’t like win/win situations. They can’t stand it when a wealthy person or big business wins. They’re only willing to do a win/lose deal. And absent that, they’ll do a lose/lose deal.

And that’s exactly what AOC got– a lose/lose deal. Amazon walked away, and her district ended up with no big investment or additional tax revenue.

If economic prosperity were still the priority in the United States, angry voters would have revolted against AOC for her irrational, destructive behavior.

Instead she was celebrated… because, again, economic prosperity is no longer the priority.

Universities, which used to prioritize scientific advancement, vigorous debate, and the transfer of knowledge to the next generation, have embraced wokeness and become intolerant of any intellectual dissent.

And in the case of Great Britain, the new woke priorities even extend to national defense.

Their Army’s priority is now diversity and inclusion. It’s no longer about defending the nation, and, if necessary, fighting and winning wars.

And it’s hard to imagine any nation thriving long-term when it consistently cultivates weakness.