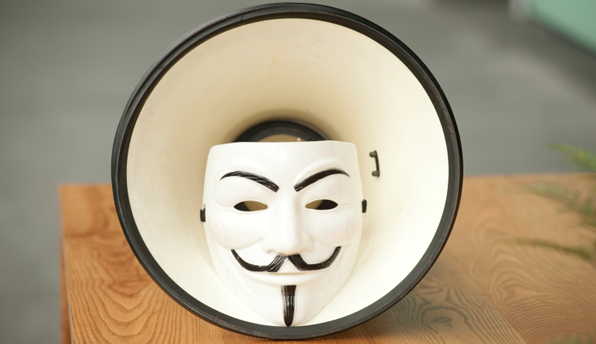 "A nonviolent revolution is not a programme of 'seizure of power' but it is a programme of transformation of relationships, ending in a peaceful transfer of power." -Mahatma Gandhi … Those who do not remember the past are condemned to repeat it. As we organize to exercise our right to free expression we must dedicate ourselves to promoting democracy and human dignity alike. The March Against Corruption is an international march that utilizes the tactic of direct action to raise awareness about the corrupting influence of money and special interests in governance and public policy making and we welcome all individuals to participate with respect to our commitment toward nonviolent action. – MarchAgainstCorruption.com

Free-Market Analysis: Unbeknownst to most, Occupy Wall Street is morphing into a perennial campaign mode. Much like a politician who does not want to admit defeat, OWS has revamped its message and methodology of protest.

The new (and perpetual) campaign is something called "March Against Corruption" and it is sponsoring events such as the "Wave of Action."

A description of the WOA was posted at the OWS website "OcuEvolve."

We Are A Movement Of Movements

The Worldwide #WaveOfAction begins April 4th and runs through July 4th. During this three-month cycle, people throughout the world will be protesting corruption, rallying around solutions and taking part in alternative systems. The new paradigm will be on full display. Studies have proven that it only takes 3.5% of the population taking nonviolent action to create meaningful and positive change. The #WaveOfAction gives all of us who want change a powerful opportunity to #EvolveSociety. Change-makers all over the world will be engaged at the same time in an unprecedented wave of transformation.

On April 4th, there will be launch celebrations at hundreds of former Occupy locations globally. We will honor Dr. Martin Luther King's legacy of nonviolent action and spend the day connecting with allies and strategizing Spring action campaigns. This crowdsourced campaign will become what you, the people, make of it, self-organizing and organically evolving, a new culture will emerge. What are you most passionate about? What are you doing to be the change? Whatever it is, passionately be it in public this Spring. Get together with like-minded friends and have fun with it. We have power in numbers. United we are unstoppable. OUR TIME HAS COME!!

OWS was initially sponsored by Adbusters, which reportedly utilized funds from uber-globalist George Soros. While those in charge of globalism would consist of a tiny fraction of humanity, OWS set the bar at one percent. Mathematically this includes a number of millionaires around the world that have no direct involvement with the top power elite.

The reason to continue to reinforce the meme of the "99 percent" is because OWS is actually a creature of globalism. And those who are funding OWS don't especially want the larger population focusing on the real – and exclusive – elite. They want attention paid to the ONE percent.

Fortunately, thanks to an informal coalition of alternative media web and blog sites (including our own), this manipulation was thoroughly exposed. For a variety of reasons, including the dishonest posture of OWS, the movement virtually collapsed.

Compare OWS to the hippie movement of the 1960s, which was surely manufactured by the elites much as OWS was. The "counterculture" masqueraded as a "people's movement" for years. OWS lasted about six months. The Internet Reformation is powerful, indeed.

Being a dominant social theme, of course, OWS is not about to go away. Like other elite memes, it simply reconfigures itself and tries again. In this manner, "global warming" transformed into "climate change" – and is being flogged harder than ever.

Now OWS leaders (and there is surely a brain trust, though the movement pretends there is none) have decided to rebrand OWS as a "March Against Corruption."

Everyone can get behind being "anti-corruption," after all. Thus the meme formally expands. Here's how the new campaign is being described, as …

… an international campaign to raise awareness about the corrupting influence of money and special interests in governance and public policy making … to provide a forum for people to organize and speak out against corruption; and to educate the public about the consequences of corruption.

… We exist in a paradigm that has chosen violence to maintain illegitimate power and privilege both within borders and across the globe. We will peacefully protest and march at all costs and we encourage and implore all participants in the March Against Corruption to do the same. In no way will the March Against Corruption engage in, insight, or promote violence as part of our activist agenda.

… We actively embrace the values of democracy and human dignity. Together we seek to implement them within our revolution and foster their development around the world. While the definition of violence varies and can be debated, as it is a matter of international perspective, our global campaign encourages all localized and individual efforts to take the initiative to reflect upon our statement of nonviolence and implement a philosophically nonviolent approach toward all actions in the fight against corruption….

Notice the emphasis on peaceful protest. This is in distinct contrast to OWS rhetoric that formerly called for a neo-French Revolution aimed at the "one percent." The emphasis then was decapitation. Today the movement seems to prefer Gandhi, another questionable prophet.

In fact, however, nothing has really changed. Those behind OWS want to make sure that the state is seen as the agent of justice. The idea of a society based on civil anarchy (statelessness) is never even alluded to. The March Against Corruption makes common cause with a variety of leftist groups and the "L" word that is emphasized is labor, not libertarianism.

The current constituency is surely a ragtag band of senior manipulators and idealistic youngsters. Add the usual gaggle of anti-usury fascists and socialist agitators and you've created a coalition for the 2000s.

Yet change is not, in fact, going to come from this sort of production any more than it is likely to come from a Patriot sagebrush rebellion. Change in the Era of the Internet will come one person at a time via individual enlightenment between family, friends and colleagues. This is a slow way but it actually has a chance of damaging Leviathan.

Historical remedies are surging to the fore already despite intense efforts to undermine them. Ownership of gold and silver, access to land, water and shelter, the company of likeminded individuals working together in modest agrarian societies … these are age-old solutions that continue to find traction.

It is also the reason for the elite-sponsored growth of the anti-usury movement – one that seems to leave every aspect of Leviathan intact but for the charging of interest on money. For this you will be remanded to jail.

Fortunately, the recipe of freedom and prosperity is well known. It merely needs to be applied.