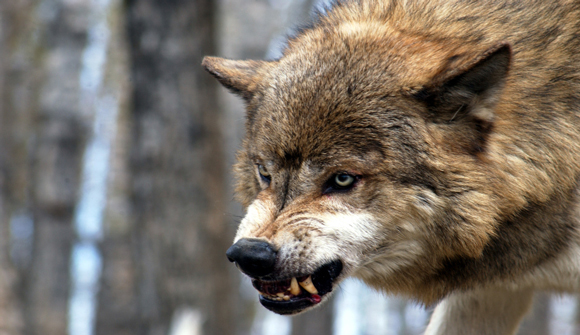 STAFF NEWS & ANALYSIS
P Is for Predator State: The Building Blocks of Tyranny from A to Z
By John W. Whitehead - August 06, 2020

While America continues to fixate on the drama-filled reality show scripted by the powers-that-be, directed from the nation’s capital, and played out in high definition across the country, the American Police State has moved steadily forward.

The COVID-19 pandemic has been a convenient, traumatic, devastating distraction.

The American people, the permanent underclass in America, have allowed themselves to be so distracted and divided that they have failed to notice the building blocks of tyranny being laid down right under their noses by the architects of the Deep State.

It’s time to get educated on what’s really going on. Thus, in the interest of liberty and truth, here’s an A-to-Z primer that spells out the grim realities of life in the American Police State.

A is for the AMERICAN POLICE STATE. A police state “is characterized by bureaucracy, secrecy, perpetual wars, a nation of suspects, militarization, surveillance, widespread police presence, and a citizenry with little recourse against police actions.”

B is for our battered BILL OF RIGHTS. In the militarized police culture that is America today, you can be kicked, punched, tasered, shot, intimidated, harassed, stripped, searched, brutalized, terrorized, wrongfully arrested, and even killed by a police officer, and that officer is rarely held accountable for violating your rights.

C is for CIVIL ASSET FORFEITURE, a governmental scheme to deprive Americans of their liberties, namely, the right to property.

D is for DRONES.

E is for EMERGENCY STATE. From 9/11 to COVID-19, we have been the subjected to an “emergency state” that justifies all manner of government tyranny and power grabs in the so-called name of national security.

F is for FASCISM, a form of government where private corporate interests rule, and money calls the shots.

G is for GRENADE LAUNCHERS. The federal government has distributed more than $18 billion worth of battlefield-appropriate military weapons, vehicles and equipment such as drones, tanks, and grenade launchers to domestic police departments across the country.

H is for HOLLOW-POINT BULLETS. The government’s efforts to militarize and weaponize its agencies and employees is reaching epic proportions.

I is for the INTERNET OF THINGS, in which internet-connected “things” monitor your home, your health and your habits, driverless cars populate the highways, and a person’s biometrics are constantly scanned and used to track their movements, target them for advertising, and keep them under perpetual surveillance.

J is for JAILING FOR PROFIT. This profit-driven form of mass punishment has given rise to a $70 billion private prison industry that relies on the complicity of state governments to keep their privately run prisons full by jailing large numbers of Americans for petty crimes.

K is for KENTUCKY V. KING. In an 8-1 ruling, the Supreme Court ruled that police officers can break into homes, without a warrant, even if it’s the wrong home as long as they think they may have a reason to do so.

L is for LICENSE PLATE READERS, which enable law enforcement and private agencies to track the whereabouts of vehicles, and their occupants, all across the country.

M is for MAIN CORE. Since the 1980s, the U.S. government has acquired and maintained, without warrant or court order, a database of at least 8 million names of Americans considered to be threats to the nation.

N is for NO-KNOCK RAIDS. Owing to the militarization of the nation’s police forces, SWAT teams are now increasingly being deployed for routine police matters. More than 80,000 SWAT team raids are carried out every year.

O is for OVERCRIMINALIZATION and OVERREGULATION. Thanks to an overabundance of 4500-plus federal crimes and 400,000 plus rules and regulations, it’s estimated that the average American actually commits three felonies a day without knowing it.

P is for PATHOCRACY. What we are experiencing is a pathocracy: tyranny at the hands of a psychopathic government, which “operates against the interests of its own people except for favoring certain groups.”

Q is for QUALIFIED IMMUNITY. Qualified immunity allows police officers to walk away without paying a dime for their wrongdoing.

S is for the SURVEILLANCE STATE. A byproduct of the electronic concentration camp in which we live, you can be sure that some government agency is listening in and tracking your behavior.

T is for TASERS. Nonlethal weapons have been increasingly used by police as weapons of compliance, enabling police to aggress with the push of a button.

U is for UNARMED CITIZENS SHOT BY POLICE. No longer is it unusual to hear about incidents in which police shoot unarmed individuals first and ask questions later.

V is for VIRUSES AND FORCED VACCINATIONS. With millions of dollars in stimulus funds being directed towards policing agencies across the country, the federal government plans to fight this COVID-19 virus with riot gear, gas masks, ballistic helmets, drones, and hi-tech surveillance technology. Now there’s talk of mobilizing the military to deliver forced vaccinations.

W is for WHOLE-BODY SCANNERS. Using either x-ray radiation or radio waves, scanning devices and government mobile units are being used not only to “see” through your clothes but to spy on you within the privacy of your home.

X is for X-KEYSCORE, one of the many spying programs carried out by the National Security Agency that targets every person in the United States who uses a computer or phone.

Y is for YOU-NESS. Using your face, mannerisms, social media and “you-ness” against you, facial recognition software promises to create a society in which every individual who steps out into public is tracked and recorded as they go about their daily business.

Z is for ZERO TOLERANCE. We have moved into a new paradigm in which young people are treated as criminals, often for engaging in little more than childish behavior or for saying the “wrong” word.

As I make clear in my book Battlefield America: The War on the American People, the reality we must come to terms with is that in the post-9/11 America we live in today, the government does whatever it wants, freedom be damned.

We have moved beyond the era of representative government and entered a new age.

You can call it the age of authoritarianism. Or fascism. Or oligarchy. Or the American police state.

Whatever label you want to put on it, the end result is the same: tyranny.