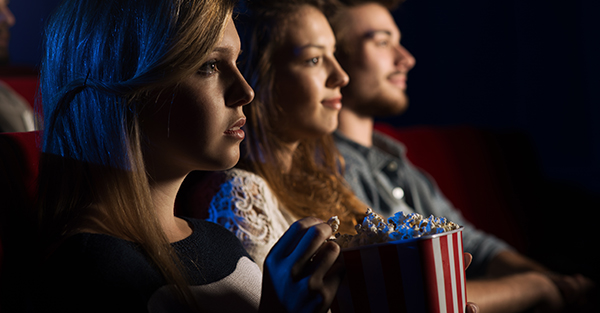 The Panama Papers are going to be made into a movie as Western anti-privacy propaganda grinds on.

The Panama Papers comprise 11.5 million emails hacked from the computers of Mossack Fonseca, a provider of corporations, trusts, shell companies and other legal structures that enhance privacy and anonymity.

While those whose names appear in the 11.5 million emails have come under suspicion of criminality, there is nothing criminal of itself in seeking to keep one’s financial affairs private.

People do have the right to privacy. They have a right to organize their affairs as they wish, so long as they do it in a non-criminal way.

But that’s not stopping governments from using them sensationally to give the impression that users of offshore tax havens are guilty until proven innocent. And that users should be impugned simply for trying to keep their names and affairs secret.

Unfortunately, these anti-privacy attacks are continuing and will become more emphatic and corrosive.

People who want to organize their affairs privately in the 21st century should take note of what’s occurring. It might be advisable to move quickly to reorganize affairs in ways that recognize and anticipate the latest official attacks.

Seen from the widest perspective, this Panama Papers provide us with a textbook example of how certain elite Western forces continually grind down freedom, one step at a time.

Movies are part of the international propaganda machinery of government globalization.

A high-profile example of how movies are used for these purposes involves the film Zero Dark Thirty.

The film purported to be a narrative of how the CIA tracked down and killed Osama bin Laden.

But after the fact it became apparent that the CIA had not only supported the film but had input into its creation and editing.

Gawker and other online media sites reported that the CIA successfully pressured those making the film to remove parts of the script that portrayed the CIA negatively.

The final result of the script and the movie presented acts of torture as  providing the CIA and military officials with valuable information about bin Laden.

This was a lie.  Torture did not reveal what the movie claimed.

Additionally, there are more fundamental questions. Bin Laden was already reportedly sick in 2001. There are reports that he died in the early 2000s, perhaps as a result of Marfan Syndrome, which attacks the kidneys.

Nonetheless, the film suffered no legal or financial consequences. No doubt it was protected by the same forces that manipulated it initially.

This is simply a fact: High profile movies are part of an arsenal of propaganda that create the narrative that globalist government wishes to provide.

For most people, the reality doesn’t matter as they are not likely to take the time to do even minimal research. Instead, they will accept cinematic fiction as fact.

Not all movies promote globalization or fraudulently celebrate law enforcement. But a percentage do.

Hollywood is a prime disseminator of movies that are watched around the world. And American intel very obviously has connections to studios at the highest levels.

Certain movies lend themselves to elements of mass psychological manipulation. These are the ones, evidently, with which American and British intelligence are most involved.

No doubt the propaganda swirling around the Panama Papers will continue and even increase until anti-privacy goals are achieved.

A few decades ago, it would have been shocking to contemplate an international, public register of offshore corporations in which the names of beneficial owners were revealed. But that is what’s being planned now.

The book and movie will play a big role in sustaining media pressure on legislators and other officials for anti-privacy legislation and enforcement.

Reportedly, the movie will be adapted from a book entitled  Secrecy World by Pulitzer prize-winning journalist Jake Bernstein. The book is set to be published in the latter half of 2017.

Probably producers of the movie will start even before the book is finished. Studios are said to be queuing to bid for the property, which will tell the story of how the documents came to be leaked and whom they unmasked.

The Panama Papers are very likely a mass-market intelligence operation. The papers received terrific mainstream media coverage that was, almost all of it, directed at impugning those who used the offshore privacy apparatus as criminals.

Conclusion: As stated above, those surveying what’s taking place and what is to come, would do well to prudently reorganize their affairs. No doubt strategies will remain or emerge that will enhance privacy and anonymity despite the current attacks. These should be prudently utilized as they become available.