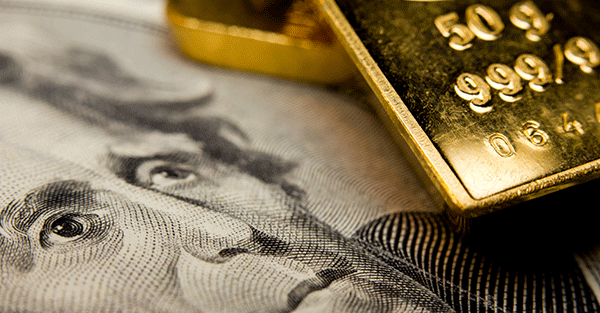 180 years ago today, everyone panicked. On May 10, 1837, New York banks finally realized that the easy money they were lending was unsustainable, and demanded payment in “specie,” or hard money like gold and silver coin. They had previously been accepting paper currency that for every $5 was backed by only $1 in silver or gold.

Things culminated to that point after years of borrowing the paper currency to expand west, buy land, and build infrastructure. As silver came in from Mexico, banks lent out five times the amount of their deposits–fractional reserve banking.

At the same time, the value of silver was falling because its supply was increasing in America. Great Britain, which had been lending much of the money, was less interested in silver because they could pay for trade with China in opium. So even though Britain had a year earlier begun demanding payment in specie, the abundant silver in America did not hold the same weight, so to speak, it had previously.

Now, reflect on this for a second. The USA was depending on loans from a country that they had successfully revolted and seceded from fewer than 50 years earlier. Britain had also provoked The War of 1812 just 25 years earlier when they wouldn’t stop attacking American ships. But somehow it still seemed like a good idea to depend on British banks to form the foundation of American development.

So at the same time when American banks had to backstep their risky practices, Britain also just so happened to need 25% less cotton, which was the foundation of the American economy. This only exacerbated the trade deficit.

But still, despite whether or not Britain’s actions were nefarious, the whole situation would have been remarkably cushioned if fractional reserve banking had not been used. Because of this “easy money,” land was bought at enormous rates on credit, but credit that was not backed by actual value–only 1/5 of the actual value existed of what was being lent!

President Andrew Jackson was not entirely without blame either. When he deconstructed the federal bank, he deposited the money into state banks, and encouraged them to go ahead and lend, lend, lend! Of course, when the time came for the banks to return the deposits, the money was gone.

So when this massive real estate bubble burst in 1837, it caused a panic and ensuing recession that lasted until 1844.

Does any of this sound familiar to you? Perhaps especially the part about government creating incentives for home loans, which could not be paid back, culminating in the crash of 2008.

Some used President Jackson’s abandonment of the Bank of the United States as proof that a central bank was needed to stabilize the economy. Yet instead of prohibiting fractional reserve banking, the Federal Reserve exacerbated the practice. They required no hard money backing of U.S. currency, while still allowing banks to lend out much more money than they possessed. Not only do banks not have enough money to cover what they lend, but the money itself is still just paper.

In the years preceding the panic of 1837, state banks had basically done the same thing. They were printing money that held value only by fiat, and funding public works projects in order to circulate the money. The obvious problem was that the money represented nothing of value, and was thus primed for rapid devaluation, which contributed to the bubbles which burst in 1837.

Now, the stock market is higher than ever, and interest rates are basically lower than ever. Easy money! What could go wrong?

Do you think another “panic” is just around the corner?