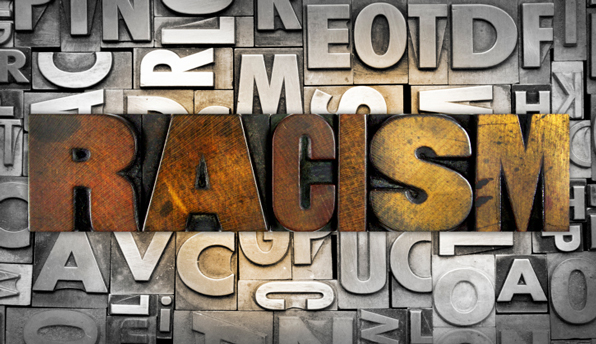 The neoliberal mantra – reflexively repeated for generations in the halls of power — that “diversity is our strength” has failed.

As it turns out, the social scientists were right: without a cohesive set of features shared by members across a population — such as culture, language, and, yes, ethnicity — social collapse due to in-fighting is inevitable.

Against the harsh odds imposed by biological realities, America gave it the old college try. In the tumultuous race-fueled carnage of mid-2020, though, we see the unraveling accelerate before our eyes. The end of our multicultural experiment, lamentable to some and laudable to others, is nigh.

At the behest of social engineers — who have inundated our schoolchildren’s psyches with Orwellian “diversity initiatives” and invaded our workplaces with onerous “cultural sensitivity training” for decades — we learned to pay lip service to the melting pot theory of cultural assimilation. We honored the starving masses yearning to breathe free who found refuge on American soil. In our American mythology, if not in practice, we prioritized multiculturalism.

The experiment was noble in many ways. Who wouldn’t want a better, more inclusive world – one in which we judge one another on the content of our character? Racism, along with any form of prejudice, is anathema to our loftiest philosophical assertions in the West regarding the primacy of the individual and personal responsibility.

Our aspirational morality is righteous in that sense, and we stand alone in history. However, we need not turn a blind eye to the pitfalls of pretending that race does not inform how we relate to one another in pluralistic social negotiations. It has then, it does now, and it will in the future.

The essential nagging issue is that the vast American unity of diverse ethnicities, religions, and cultures was always, inescapably, purely tenuous; it hinged on the continued economic prosperity of the wealthiest nation in the history of the world. As long as enough of the people had enough material comfort to prevent a social crisis from bubbling over into conflict, the Great American Diversity Experiment remained plausible.

Only the thinnest veil of unity — propped up by pseudo-woke media figures who cynically employ “diversity politics” to keep a slumbering populist right in check — kept us from each other’s throats until now.

As the middle class has begun to crack, we have seen the first drips through the crumbling facade of the multicultural dam. If push comes to shove, we’ll see it collapse.

The calls to end racist policing and the ad hoc campaigns by angry mobs to tear down Confederate memorial statues signify the firing shots of a potentially devastating race war. 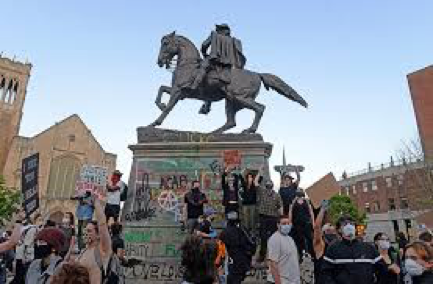 Once bread lines and 20% unemployment figures become the norm in the Brave New World we are entering post-COVID-19, the battle lines will be drawn and, unfortunately, so will the weapons.

Thanks to the decades-long unchecked greed of international banking elites, the American economy verges precariously on collapse. Once the financial underpinning of the Great American Experiment implodes, the delicate social tapestry we have woven as a people will follow. 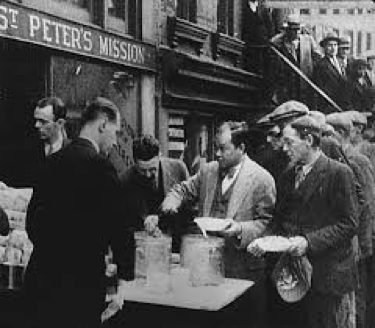 The framework for racial conflict is here already. The former dominant white ethnic group is roughly represented by the insurgent MAGA-clad, gun-toting right while the left is essentially a hodgepodge of the various minority ethnicities and sympathetic whites that together constitute the majority of the population.

Ethnic divisions, despite the lofty idealism of some, are hardwired through millions of years of in-group/out-group social dynamics that defined jungle law before civil law took its place. In times of crisis, primal, biological law always supersedes codified law – no number of hours in diversity workshops can subvert that fact.

For multi-million-member societies to function, the population needs a cohesive, unifying narrative about who they are as a people. The reality is that shared spirituality, language, nationality — and, yes, even ethnicity — have historically comprised the narrative cornerstones of how a people understand who they are and what they are doing here.

That the U.S. Chamber of Commerce and other big business interest groups love mass immigration should come as no surprise to observers who understand their motives. Groups like these — the pet propaganda projects of the owner class — pervert the multiculturalist American ideology to suit their own needs as a matter of course.

In addition to driving down wages for American workers by introducing hordes of largely uneducated, unskilled third-world laborers who are often paid sub-minimum wage under the table, the “diversity” agenda pushed by the elites functions as a 2-for-1 rape of the already-brutalized American middle class via the introduction of a permanent underclass of modern-day wage slaves. These third-world serfs, in turn, are understandably void of hope for a better future, yet full of rage at their dismal social and economic position.

Hillary Clinton, Georgie W. Bush, Barack Obama, Mitt Romney and their peers in the bipartisan band of globalist criminals in the multinational business sector didn’t endlessly push for NAFTA, TPP, and other oppressive trade deals for no reason; their ultimate psychopathic goal, as it has always been, is the permanent upward transfer of global wealth. Their despotic triumph necessarily depends on the destruction of the American middle class along with what little remains of its political power.

In the final stage of annexation, political power is not meant to be shared with the peasantry; the goblins at the top of the pyramid want it all. And they’re coming for it. If they can further accelerate their conquest through the breakdown of civil society along racial lines, they will.