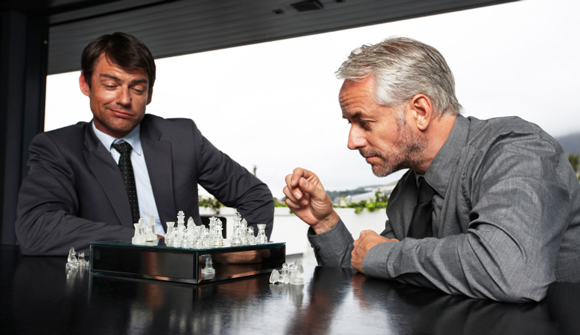 Democrats Plan to Pressure TV Networks Into Covering Climate Change … Senate Democrats pledging to get more aggressive on climate change will soon pressure the major TV networks to give the topic far greater attention on the Sunday talking-head shows … Sens. Bernie Sanders, I-Vt., and Brian Schatz, D-Hawaii, are gathering colleagues' signatures on a letter to the networks asserting that they're ignoring global warming. – National Review

Dominant Social Theme: Not enough coverage of an important issue. We need more.

Free-Market Analysis: From the standpoint of a dominant social theme, there are a few ways of analyzing this move by the Democrats.

First, and most simply, one can take it at face value. Democrats, the natural constituency in the US for the warmist meme, are distressed that it is not getting more coverage and want to remedy that.

Second, one could guess that the meme has been allowed to lapse because it has been taking such a beating. This move by US Dems could then be seen as the renewal of a globalist theme that has been losing momentum for years.

Perhaps another large-scale warmist push is underway? Here's more from the article:

"It is beyond my comprehension that you have ABC, CBS, NBC, and Fox, that their Sunday shows have discussed climate change in 2012, collectively, for all of eight minutes," Sanders said, citing analysis by the liberal watchdog group Media Matters for America.

Sanders mentioned the letter during a press conference with most other members of Senate Democrats' new, 19-member Climate Action Task Force, and he elaborated on it in a brief interview afterward.

"Sunday news shows are obviously important because they talk to millions of people, but they go beyond that by helping to define what the establishment considers to be important and what is often discussed during the rest of the week," he said. It's unclear how many senators will ultimately sign the letter.

Sanders said lawmakers plan to send the letter within days. The amount of Sunday TV coverage is way out of whack with the topic's weight, he added.

"What [the networks] are saying is, climate change is a non-important issue, it is an irrelevant issue, and yet the scientific community tells us that it is the greatest crisis facing this planet," he said.

Democratic members of the new task force say they'll embark on a wide array of activities to raise the visibility of climate change.

We went searching for more details on the new Climate Action Task Force to see if we were missing something.

Here's how Bloomberg describes it:

Will Senate Democrats Succeed in Keeping Obama's Climate Action Plan on Track? … In a bid to shore up their defense of President Barack Obama's efforts to put limits on U.S. power plant greenhouse gas emissions, 17 Democrats and two independents launched a new Senate caucus this week to begin the long journey to resurrect climate legislation.

Sen. Barbara Boxer (D-Calif.), who heads the Senate Environment and Public Works Committee, told reporters Jan. 14 she sees the group as a sort of rapid response team that can help her defend Obama's climate plan, mainly from Republicans who are once again targeting the Environmental Protection Agency's rules.

But in launching their Senate Climate Action Task Force, Democrats want their new caucus to begin what is likely to be a multi-year effort to revive climate legislation that died in the Senate in 2010 …

They readily acknowledge passage of U.S. carbon caps is years away given staunch opposition in the Republican-controlled House and among most Senate Democrats. Sen. Ben Cardin (D-Md.), a member of Boxer's new caucus who gave the climate speech at the Jan. 14 luncheon, told Bloomberg BNA beforehand that he would highlight how the new 19-member caucus can be more forceful in battling climate skeptics and defending the climate action plan Obama unveiled last summer.

…The Maryland Democrat said he also would stress that "there's a workable way" to cut U.S. emissions including ongoing EPA efforts to curb power plant emissions. Cardin said he would also remind his colleagues that Obama—a president who has made climate action a priority—was easily reelected in 2013.

… Democrats also would be urged to look for ways to "make positive progress where we can" either by pushing for more executive branch action or passing modest bills that increase conservation, or encourage more energy efficiency in buildings and use of alternative fuels.

Again, this is fairly tepid stuff.

The warmist position has been less and less believable since the release of emails seeming to show that data regarding global warming had been faked and that prominent warmists – including various scientists and even the UN – were conspiring to present a skewed picture.

The idea, according to many who have fought against this pernicious meme, is that those behind it seek to install it as a global wedge that can crack open resistance to government intrusions when it comes to people's intimate behaviors and use of energy.

The ultimate result is "smart metering" that then provides the technology to impose increasingly punitive carbon taxes around the world. Using the justification of "carbon pollution," people will inevitably be taxed to breathe.

That this has not already come to pass is evidence of the effectiveness of what we call the Internet Reformation, which has badly damaged this gambit.

It seems to us that the current Dem push may have more to do with what we call the "Wall Street Party" than any hope of ginning up credibility for the warmist position from a global standpoint.

We've already pointed out that an alternative gambit for the globalists that intend to keep pushing this meme is to stuff the IPO channel full of Green initiatives to be funded by a credulous public. This is taking place now, and presumably warmist credibility is to be strengthened once people see that such solutions are favorably received by the "market."

It could be that this Dem initiative is merely setting the table for a good deal of increased coverage about global warming and its effects. This would certainly tend to support additional market making activities regarding various global warming IPO initiatives.

The globalists may have given up for now on creating vast carbon markets and Draconian taxes, but that doesn't mean that they can't make a killing in the stock market.