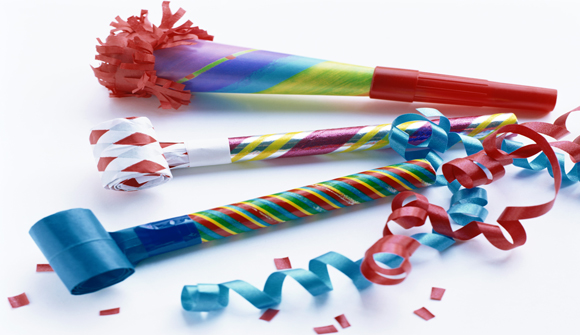 Time for a 'melt-up': the coming global boom … Get ready for a "melt-up." Back in mid-October, as stock markets around the world plunged faster than at any time since 2011, many investors and economists feared a meltdown. But with the U.S. economy steadily expanding, monetary and fiscal policies becoming more stimulative in other parts of the world and the autumn season for financial crises now over, a melt-up seems far more likely. – Reuters

Dominant Social Theme: The market is dangerous but may be going higher, much higher.

Free-Market Analysis: We've been writing about the Wall Street Party for at least a year now, and our track record has been fairly accurate.

We've pointed out this market is an entirely manipulated one and that all the manipulation runs to the "up" side. This Reuters editorial makes similar noises. In fact, it departs from the normal meme regarding stocks, which is that the market is at a high and could plunge down.

In fact, this is a necessary meme because people have to believe the market – especially the Dow – is subject to the forces of free-market capitalism. It's an accurate barometer of supply and demand, in other words. Only it's not.

This particular market is indeed manipulated, from what we can tell, almost entirely the result of concentrated, regulated capital and monetary stimulation.

Obviously those behind these manipulations don't want them revealed and thus the concentration on "reasons" why the market is going higher. This Reuters editorial is a good example of this kind of directed history.

It makes a case for the upside based on four reasons. Here's more:

There are many fundamental reasons for believing that stock markets may have embarked on a long-term bull market comparable to those in the 1950s and 1960s, or the 1980s and 1990s, and that this process is nearer its beginning than its end.

Such arguments have been discussed repeatedly in this column over the past 18 months — ever since the Standard & Poor's 500, the world's most important stock-market index, broke out of a 13-year trading range and started scaling new highs in March 2013. Wall Street has been setting records ever since.

These are the four most important arguments for a structural bull market:

First and foremost, the worst financial and economic crisis in living memory has ended, and most parts of the world economy are enjoying decent, if unspectacular, growth. Second, economic and financial policies around the world, though far from perfect, are highly predictable and therefore unlikely to cause further market disruptions. Third, technology is continually advancing and innovation is creating new products, services and processes that stimulate both investment and consumer demand. Finally, inflation is almost nonexistent, at least in the advanced economies, meaning interest rates are guaranteed to stay low for a very long time.

Let's take these one at a time, beginning with the idea that this "bull" market can be dated to March 2013. In fact, the market has been climbing since 2009. That means this particular upward trend is six years old – a time span that almost no bull market in recent memory has ever exceeded.

We are told by this editorial that the worst financial crisis in living memory has ended. Well … tell it to the G-20, which is so worried, collectively, about the "recovery" that it just committed in aggregate to US$2 trillion in additional stimulative economic measures.

The IMF is on record as applauding these programs because of similar worries. Japan and the EU certainly don't seem to be economic powerhouses at the moment and China is in the grip of yet another inflationary downdraft.

For some reason, we're supposed to be comforted that economic and financial policies around the world are "predictable." Excuse us for not noticing. We're busy watching the world bicker over Ukraine, Syria, Iraq, etc. The BRICs are supposedly trying to jettison the dollar and Russia and China are making various kinds of commodity pacts that leave the West out entirely.

Innovation and technology are supposedly racing ahead to create new, in-demand consumer items and further financial innovation. The financial innovation part we get, as the derivatives market now exceeds US$1000 trillion and is poised to wipe out the civilized world as we know it. As for innovation … we notice it is mostly the US military-industrial complex that is forging new frontiers. Does that count?

Inflation is almost non-existent? Tell that to US consumers confronting rising prices and smaller quantities in a variety of foodstuffs. Additionally, inflation is anything but quiescent. We figure some US$50 trillion has been printed since the beginning of the "crisis." When it finally circulates … look out!

The article goes on to make a variety of statements about the health of Europe, the economic leadership of Germany and the explosiveness of Japan, which if we are not mistaken just declared a new recession.

None of this matters! The point of this Reuters article is just probably to provide justifications for a further stock market rise next year. This is our prediction, too. We have long written that if the market survived October without a meltdown it might be poised to go a great deal higher next year.

Nothing is certain in life but those behind the monetary stimulation expanding this Wall Street Party seem determined to continue it. This Reuters article, providing a variety of faux reasons for the continuation of the current paper bull market is a pretty good indicator of elite intentions, in our view. The globalists have a lot of work to do and they're not about to let a pesky depression get in the way of it.

If we are reading this article correctly, the "party" may just be beginning.

So look out above … as sky-high profits loom. And look out below. When this manipulated – monetary – bull market does end (in a year, or two, or three?), there will be hell to pay.