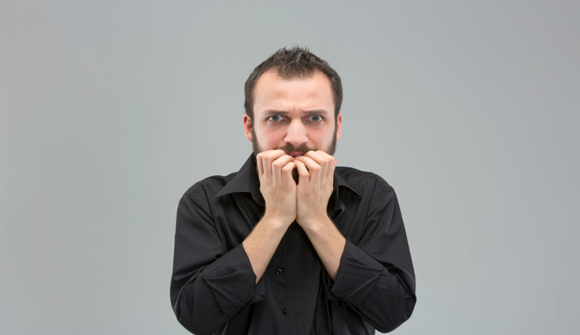 US accuses Moscow of 'dangerously' worsening Syria war … The United States said that Russia's air war in Syria had "dangerously exacerbated" the conflict, accusing Moscow of seeking to bolster President Bashar al-Assad's regime instead of targeting jihadists. Washington's latest broadside against Russian intervention in Syria came as government troops, emboldened by Moscow's support over the past month, recaptured from the Islamic State group a key road into second city Aleppo. – AFP via Yahoo

Dominant Social Theme: The Russian military-industrial state is out of control.

Free-Market Analysis: Those who plot US wars apparently never anticipated Russia's Syrian pushback, which has been extraordinarily successful.

Or (we could also speculate and will farther down) Russia's involvement was the point of the whole exercise. This latter supposition presupposes that the Pentagon, NATO, the West generally seek to exacerbate tensions among major powers and bring the world to the brink of war.

That sounds absurd, of course. And yet the Russians ARE involved in Syria now. How much escalation takes place depends in part on the Pentagon. And the Pentagon is not happy.

An unhappy Pentagon creates a lot of other unhappy people in the federal administration. And those people are carrying messages around the world (and of course, to the media) regarding the perfidy of the Russian military action.

Speaking to the House Foreign Affairs Committee, US Assistant Secretary of State for Near Eastern Affairs Anne Patterson said the offensives, backed by Russian air strikes, had displaced at least 120,000 people. "Russia's military intervention has dangerously exacerbated an already complex environment," she said.

"Moscow has cynically tried to claim that its strikes are focused on terrorists, but so far, 85 to 90 percent of Syrian strikes have hit the moderate Syrian opposition and they have killed civilians in the process," Patterson said.

Civilians have died in Russian strikes on civil defense crews, hospitals, centers for displaced persons and ambulances, she claimed. "We know that Russia's primary intent is to preserve the regime," she said.

Patterson suggested "a full court press" would be necessary to stop military action and ignite a political settlement. She was also concerned that the Russian intervention had stiffened the spine of the Assad regime and therefore made it more difficult to create a transitional government that would remove Assad.

More than 250,000 are dead due to the Syrian conflict and millions more have fled since 2011, many now finding their way to Europe and helping to exacerbate the immigration crisis there that is creating tensions between countries and within countries.

Recently in Vienna, representatives of 19 countries – though not Syria – met to try to resolve the conflict. The result was a decision to ask the United Nations to negotiate a deal between the regime and the "opposition" to create a new constitution and UN-sponsored elections. More talks are scheduled soon.

Not everybody is likely to believe that the UN can broker an effective, fair peace deal. Paul Craig Roberts is an increasingly emphatic and eloquent critic not just of the Syrian war but of the serial "wars on terror" that DC has unleashed in the Middle East.

In his recent column, the "War on Terror Is the Hoax Foundation of the Police/Spy State," he writes that "Americans were deceived by policymakers, who are pursuing a hegemonic agenda."

Later, he asks this blunt question: "Are the American people really such washed-up sheeple, such cowards, that they acquiesce to a police/spy state, the foundation of which consists of nothing but lies told by criminals and repeated endlessly by whores pretending to be journalists?"

He spends a good part of the article rehearsing 9/11 and its consequences.

Millions of people have been murdered by Washington's pursuit of hegemony, and millions have been turned into refugees. The consequences for Washington's European vassals is that the millions of refugees from Washington's wars are now overrunning Europe, causing social and political discord and threatening the European political parties that enabled, and participated in, Washington's massive war crimes in eight countries.

And Americans are stuck with the police/spy state and militarized police who murder three Americans each day and brutalize countless others. The countries we have destroyed have no recourse to restitution. Our European vassals will have to provide from their own pockets for the refugees that Washington's wars are sending to them.

Paul Craig Roberts concludes his editorial with the statement that Americans seem to have "settled into acquiescence" as regards the growing spy state but that "Americans could do something about it."

Of course, what Roberts surely has in mind when he says US citizens could "do" something is either outright rebellion of some sort or significant socio-political action.

People may wish to participate in public actions and attempt to change society via significant political movements. But as we often point out, the first and arguably most important change one can make is to one's own circumstances and safety.

Famous libertarian thinker and writer Harry Browne even wrote a book about this approach entitled, How I Found Freedom in an Unfree World.

Paul Craig Roberts is rightly upset about the direction his country is taking. Many others may feel similarly and, inspired by his words, wish to take action to retard or redirect what they see as wrong. But even if one wants to create change on a societal level it is important not to disregard change at the personal and family levels, as well.