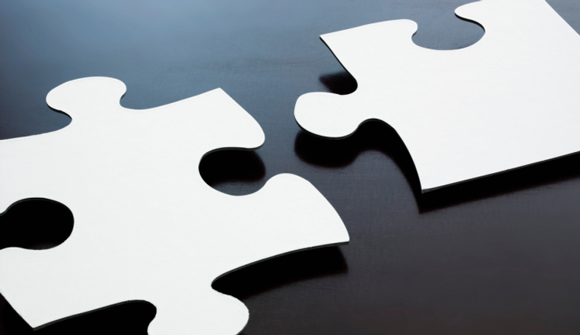 The multi-state military training exercise known as Jade Helm 15 is done. There did not turn out to be any FEMA camps populated with anti-Obama patriots plucked from their homes by American special forces. Desert regions of the United States do not seem to have been turned over to ISIS or Russia in an attempt by the government to something-something-something … Still, it's a shame one-third of Republican voters and half of all Tea Party supporters moved on so fast. If they had not, they might have noticed that after the still-secret exercises of Jade Helm 15, the state of Texas found itself an American state, and subject to American law. A coincidence? Perhaps. Or perhaps not. – Daily Kos

Dominant Social Theme: Jade Helm was a buffet for those who love to watch the antics of conspiracy lovers. Too bad it's shut down.

Free-Market Analysis: This Daily Kos article sums up the contempt with which some viewed those who were upset about the federal government training its military across vast swaths of the Western United States.

The operation was called Jade Helm and perhaps (it has been suggested) the Pentagon had in mind deploying troops in the Midwest and West to see how citizens would react. They certainly got an earful. The controversy travelled all the way up the political food chain in numerous states, and especially in Texas. Finally, the Pentagon was forced to send out special representatives to better explain its actions.

For those not impressed by the particular strain of "paranoia" that was on display as a result of the Pentagon's exercise, the controversy provided material for witticisms and editorials of all kinds. And this Daily Kos article is one of the more extreme from the left side of the spectrum and certainly encapsulates a specific point of view.

Interestingly, its conclusion alludes to a much larger issue, one we may describe as the "unspoken heart of the controversy." And that is secession. Here, again:

It's a shame one-third of Republican voters and half of all Tea Party supporters moved on so fast. If they had not, they might have noticed that after the still-secret exercises of Jade Helm 15, the state of Texas found itself an American state, and subject to American law. A coincidence? Perhaps. Or perhaps not.

Yes, afterwards, the state of Texas "still found itself an American state and subject to American law." But polls have showed consistently that there are plenty of citizens in Texas and elsewhere in the US (not only those living in the "red states") who are partial to secession, or even to leaving outright.

Secession is a "hot button" US issue given the number of people willing to entertain it. It is one that becomes more compelling as the US continually pursues foreign wars at great cost while adding to the literally $200-trillion-plus that it owes to its domestic citizenry.

There are so many parts of the US sociopolitical and economic system that are dysfunctional now, or skewing in that direction, that for some it is difficult to make an argument to stay.

The Daily Kos article doesn't confront these issues, of course. It makes fun of those who are disturbed by the US's behavior abroad and its increasingly authoritarian stance at home.

The tunnels connecting southwestern Walmarts to Mexico and/or underground prisons and/or underground military bases and/or chupacabra hatcheries, depending on which version you believed, have remained stubbornly undiscovered. And all across the land, millions of Republican conspiracy-believers shrugged their shoulders and waited for the next conspiracy theory to slide itself under their door.

At one point, one-third of Republican voters and half of all Tea Party supporters feared that the federal government was "trying to take over Texas," with another 28 percent of GOP voters saying that they were not sure whether or not the plot existed. … We must accept the truth—one third of current American Republican voters are extraordinarily, almost mind-bogglingly, well, stupid.

In fact, the fundamental issues surrounding Jade Helm are not stupid and neither are the many individuals discussing them or writing about them.

The most recent contribution may be Restoring America by author and astrophysicist Michael H. Hart. The book proposes a thoughtful plan for US secession that would divide the country into two separate political regions.

In this book, Hart elaborates on a detailed plan for enabling the US to split into two different political entities. This division would occur without violence, and the American federal government from which the secessionists would be withdrawing would be confronted by an accomplished fact by the time the new American state would be formed.

A constitution would be framed and elections to office would take place even before the break was completed; and those who choose to live in the new federal republic would transfer their allegiance to it while still technically under the US government.

Paul Gottfried goes on to explain that Hart no longer believes it is possible to reverse the US tide of "liberal democracy" and then provides some additional detail about what the book suggests. The feds, for instance, could keep the parts of the country that are traditionally recognized as "blue," including industrialized regions and much of both coasts. Those who didn't want to live in these regions might wish to move or avail themselves of some additional voting opportunities at the county level that Hart discusses.

At least initially the USA, although demographically and territorially reduced, would enjoy overwhelming assets in relation to the secessionists. Not only would it possess a larger work force and most of the industrial and natural resources. It would also remain in control of the majority of first-rate universities, large banks, and economically useful professionals, many of whom lean toward the political Left.

This initial advantage, from Hart's point of view, would not last long because of the collectivism practiced in these regions. Without the "red" countervailing influence, "blue" parts of the US would travel even more quickly toward debasement and bankruptcy.

Gottfried ends his summary with two insightful criticisms. The first is the obvious one: The US federal government was loath to allow secession 150 years ago and finally fought a bloody war to preclude it. There is nothing to indicate that the feds would be any more forgiving this time around.

The second is that Hart may be misjudging the extent of the problem. Paul Gottfried writes: "Hart shows little awareness of the lines of division that already existed in the US before what he highlights as the crisis of the 1960s." In other words, the country may not simply be divisible into red and blue states.

We agree with Gottfried's comments. Here at The Daily Bell, we have suggested that history doesn't flow "backward" and that schemes of any sort to try to recapture elements of a more equitable republican past are probably doomed to fail.

There ARE options, though, important ones. People can take human action on their own to live freer and more satisfying lives without waiting for sociopolitical and economic systems to change.

In fact, to wait is probably not an option for those who are truly concerned with their family's wealth and safety. Second homes abroad, access to food and fresh water, additional passports, prudent diversification and precious metals purchases all help build real independence at a time when Western governments are attempting to create further citizen dependence.

One doesn't have to be a conspiracy "nut" to see the direction that things are trending in the West especially. There is still time to take prudent action. Please subscribe to The Daily Bell Newswire to ensure you are kept up to date. There may be one or more solutions mentioned that you find actionable.