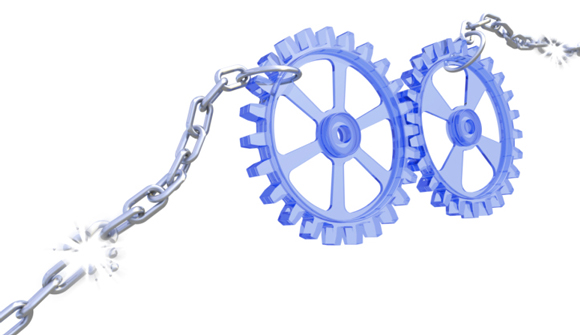 Republican Politicians Have Only Their Fears to Blame …  In calls this morning, many Rs privately want to defect from Trump. But they say the debate gave them pause since he roused their base. … Remember, there were already an unusual number of high-profile Republicans who had broken with their own nominee, with many saying they would support Hillary Clinton and others just refusing to vote for Trump.   Why did it take so long for the rejection to build? -Bloomberg

Bloomberg thinks rejecting Trump is an obvious choice for Republicans but this article doesn’t recognize the larger trend is to reject modern Republicanism itself.

This really started with the GOP’s removal of conservative libertarian candidate Ron Paul from political contention by intimidating his supporters and unilaterally changing and suspending rules. This sort of approach to non GOP-approved candidates has continued with Trump.

Ron Paul, who wanted to educate more than he wanted to win, was nonetheless squashed by a variety of evil and panicked GOP attacks. Donald Trump recast many of Ron Paul’s views but basically moved down Ron Paul’s political track and due to his celebrity and wealth succeeded where Ron Paul had failed.

Ron Paul was anti-tax, anti-central bank and anti-war. So is Trump, though Trump is closer to the elite mainstream than Paul. But the GOP leadership is pro-tax (though it pretends not to be) … also pro-central bank and pro-war.

The GOP leadership and the Democratic leadership are aligned on most points. It’s the details that are different. But the bulk of GOP supporters take GOP rhetoric at face value. They are specifically, legitimately libertarian in many ways.

The difference lies in the support of the military, but even here, GOP support at the base is far more nuanced than GOP leadership. Support for American wars involves perceptions of necessity. In other words, there is not unlimited support.

Both Ron Paul and now Trump hold views that are in many ways closer to the views of the GOP base. This is why Ron Paul was so successful when he ran a second time after people came to understand his views. This is why Trump has been successful.

This is what responsible Republican leaders (or just self-interested ones) needed to do early this year: Get over their exaggerated fear of their voters and get behind a tolerable candidate such as Marco Rubio or John Kasich (or, earlier, Jeb Bush or Scott Walker or even Bobby Jindal or Rick Perry or whomever).

Or they could have bit the bullet in late spring, when they still had the option of Ted Cruz and Kasich.   Or they could have denied Trump the nomination, even after the primaries were over. They had enough votes collectively to do that. Trump was far short of the majority he needed without additional support from the Republican National Committee.

This excerpt above represents a complete misunderstanding about what’s going on. Voters have simply decided that mainstream politics is ineffective and destructive.

This is why Bernie Sanders did so well as an “outsider” along with Paul and Trump. It is a trend that’s not going away. It’s getting stronger, if anything.

Now just because we recognize a trend doesn’t mean either party is going to fall in line with popular sentiment. The rhetoric may shift a little but taxes, regulations and government intrusions into daily life will continue and expand. This is in true not just for the US but for the West generally.

The problem that elites have is that there is really nowhere else to go. If they cannot launch serial wars from the US something more must be done.

Elites keep control via economic depression and military conflict. But every once in a while the incremental debasement and serial warfare is not enough. More is needed.

This is why mankind now faces larger wars, perhaps a world war, and why economic debasement is going to turn into lethal, raging ruin.

With only four weeks to the election, Republican politicians don’t have any good choices left. But whatever happens in the meantime, perhaps they’ll learn that there are worse consequences than angering their strongest supporters.

Yet another inaccurate statement from our perspective. The GOP’s disgruntled supporters are not merely the strongest; they are also are the most numerous. And they have their counterparts among Democrats.

Step back and view what has really taken place. Consensus politics is finished. The ability of US leaders to inflict policies supporting globalization on behalf of City bankers has shriveled.

Wars and government control are being rejected by a strong substrata of US citizens, and of the West generally. This is why we forecast increased confrontation. To suggest, as this Bloomberg article does, that this rising wave of repugnance is somehow ephemeral is inaccurate.

Conclusion: What has taken place is significant and irreversible. The ability of elites to use propaganda and “directed history” to achieve their goals is waning. What is left is outright force. Short-term this is a terrible but viable solution. Long-term it is not.