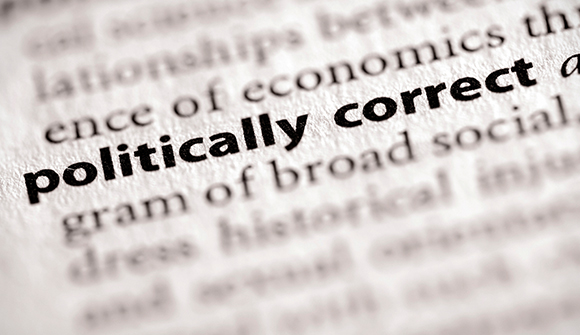 Viewpoint: The Food Network Should Give Paula Deen Back … Paula Deen grew up in Georgia. In the fifties. Her world was the one depicted in The Help, in which black people's status as lesser beings was casually assumed. So, who is really surprised that she has used the N-word in her life? It would be downright strange if she hadn't, and we can assume the same of pretty much any white Southerner of a certain age (not to mention more than a few Americans of other regions). And yet the Food Network has fired her after revelations that Deen has been a normal person of her time and place. Even though she has levelled no fewer than three public apologies. … Deen is old and she's sorry. She should get her job back. – TIME

Dominant Social Theme: Paula Deen said the wrong thing decades ago and the law is just as merciless as it needs to be. She has apologized but it is not enough. Probably she needs to be publicly executed.

Free-Market Analysis: A broken woman, Paula Deen ducked a national US television appearance and instead recently released several YouTube videos abjectly apologizing for things that had been said years ago.

As a result, her supporters are organizing a boycott of the Food Network. Seldom has a backlash seemed so, well … delicious.

The West as a society is a merciless machine and the US is surely more so. It is constantly engaged in wars and has pioneered a comprehensive surveillance society in secrecy and then released the news contemptuously.

But from a mainstream media standpoint, the biggest sin that one can apparently manufacture on the public stage is to appear even a tiny bit "racist" or say the "N" word. It is part of a larger divisive strategy that deliberately inculcates social and cultural divisions as part of a larger "divide and conquer" strategy.

But with Paula Deen, this strategy may have reached its limit. Deen enthusiasts are flooding the Internet with protests and thus we would tend to believe those who have a professional stake in the current system of self-censorship are aghast.

Professional gatekeepers, they sense intuitively when a sociopolitical meme is unraveling and they are scrambling to get out of the way of this one. No doubt by making an exception for Deen, they are hoping to keep in place the larger abysmal construct of "hate speech."

Certainly this Deen controversy provides us with extenuating circumstances. Her name-calling has emerged in the context of a lawsuit that seems to be something of a shakedown. The individual bringing the lawsuit reportedly had nice to things to say about the Deens in the past but then asked for a large sum of money before deciding to litigate.

But it is Deen's personality as well that is blowing up this horrible dominant social theme. To put it bluntly, she is a kind of ditz. The permutations of philosophy are not for her.

She is, in fact, everybody's randy Grandma, a bubble-headed but crafty woman who loves the sensual side of life. She enjoys talking about sex and eating meat sprinkled with sugar. She even made herself sick, or so we are told.

Because she is not sober, is traditionally Southern and does not hew to current politically correct socialist paradigms, she has been targeted on more than one occasion by the mainstream media and their pious gatekeepers.

But now the media lynch mob seems to be turning tail. Here's more from the TIME article:

In modern America, we really have only a few genuinely profane words, and the N-word is one of them … We shudder at the thought of our children using it. And, we regularly watch celebrities treated as if they were lepers for saying it – comedian Michael Richards in 2006 – or even saying it to refer to it, like Dr. Laura in 2010.

This taboo status, then, is why Deen is being fired for what her fans are decrying as "just using a word," and also why Deen in her videos steps around even saying what she said. Yet this restraint on her part is also an indication that she, like most Americans, has gotten the message.

… Deen was already a twenty-something when the old racist order broke down; her world view had pretty much jelled. How could she have a perfectly egalitarian take on race growing up when and where she did? People of Deen's generation can neither change the past nor completely escape their roots in it, anymore than the rest of us. They can apologize and mean it, as Deen seems to. They also deserve credit for owning up to past sins, as Deen did candidly when she could easily have, shall we say, whitewashed the matter.

This commentary is both true and untrue. Anyone who listens to music or watches movies knows that the N-word is as popular as ever. But punishment can certainly be meted out to certain people – mostly white – if they stand for something that the larger socialist paradigm doesn't approve of. In this case, Deen was obviously supposed to be bumped off by her own statements. She's an irritant and she doesn't conform.

The 21st century is not the 20th and the Internet is a process not an episode. Paula Deen, to the mortification of soulless gatekeepers everywhere, will likely survive professionally – one way or another – to further preach the gospel of donut-and-bacon sandwiches and fried cheesecake, wanton-style.