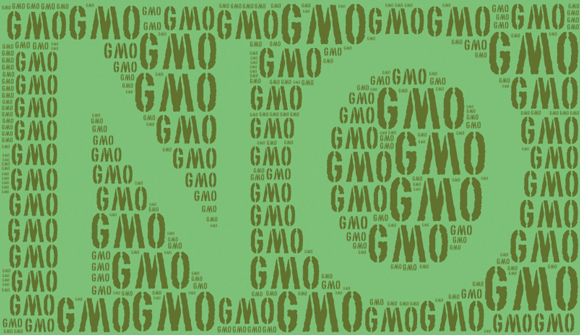 Genetically modified organisms hold a lot of promise for creating hardier crops and faster growing fish, but even supporters are concerned about invasive organisms running wild. If a faster, better, stronger strain of bacteria escaped the lab, how would we stop it? Now, scientists have come up with a new solution: self-destructing DNA.

The system would use cutting-edge gene-editing tools to erase DNA as soon as a given organism leaves its designated area, destroying both the cell and its genetic information. The result is a so-called "kill switch," eradicating any experimental or proprietary organisms before they can escape into the wild.

As GMOs become more ambitious and widespread, researchers have grown increasingly interested in containment techniques. In February, a group of Harvard scientists published a kill-switch system that used amino acids toward the same end. Under that system, synthetic organisms would die without regular access to a specific amino acid, found only in the containment area. As a result, no cells would be able to survive long in the wild, cutting down the risk of an accidental release, as well as the inherent danger of creating and experimenting with new self-replicating organisms. – Futurist magazine, June 2, 2015

The war between those who oppose and embrace genetically modified food crops has almost no middle ground. Those who know what "GMO" means are enthusiastically for or against it.

We explained back in April how The Free Market is Solving the GMO Problem. Consumers will ultimately decide by purchasing one kind of food or the other. Companies will either sell what people want to buy, or go out of business.

The issues are different further up the food chain, though. Farmers who want to grow organic food sometimes find they can't, because GMO seed from other properties blows into their fields and takes root. Seed companies like Monsanto aggressively enforce intellectual property rights over "their" seeds, too. Environmentalists worry about long-lasting impact on the ecosystem.

The technology described in the Futurist article might offer a compromise. GMO seeds would simply stop reproducing if they left the "containment area" with the matching amino acids. GMO and non-GMO farms could coexist peacefully as neighbors.

There is no assurance this method works, or if companies like Monsanto would use it. Nevertheless, the idea illustrates how market forces can deliver unexpected solutions to knotty problems.

Sometimes the solutions create other problems. In this situation, for instance, the genetic modifications might lead to other problematic mutations once used in large scale. The scientists say such danger is minimal, but can't rule out the possibility.

Genetic modification, per se, is not controversial. Our dogs and cats are genetically modified organisms; there was never a time when wild poodles roamed free. So we can use some GMOs and even make them part of the family.

Many GMO critics might drop their opposition if the industry could stop harmful externalities. From there, competition would deliver whatever the market demands.