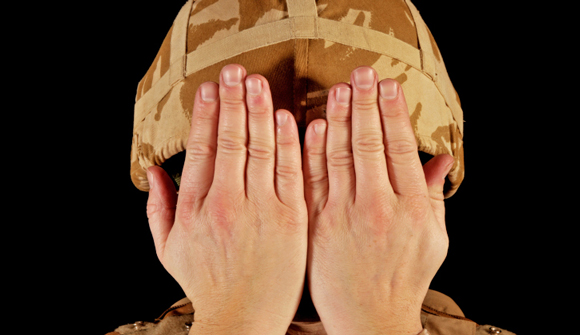 Rampant sexual abuse of children has long been a problem in Afghanistan, particularly among armed commanders who dominate much of the rural landscape and can bully the population. The practice is called bacha bazi, literally "boy play," and American soldiers and Marines have been instructed not to intervene — in some cases, not even when their Afghan allies have abused boys on military bases, according to interviews and court records.

The policy has endured as American forces have recruited and organized Afghan militias to help hold territory against the Taliban. But soldiers and Marines have been increasingly troubled that instead of weeding out pedophiles, the American military was arming them in some cases and placing them as the commanders of villages — and doing little when they began abusing children.

"The reason we were here is because we heard the terrible things the Taliban were doing to people, how they were taking away human rights," said Dan Quinn, a former Special Forces captain who beat up an American-backed militia commander for keeping a boy chained to his bed as a sex slave. "But we were putting people into power who would do things that were worse than the Taliban did — that was something village elders voiced to me." – New York Times, Sept. 20, 2015

That evil acts occur when nations go to war is no surprise. Soldiers arrive already expecting it, their leaders having described the enemy as vermin worthy of death. What some American troops found in Afghanistan is different. It was not an evil they brought with them, nor is it the evil they came to destroy. It was pre-existing evil and their leaders told them to ignore it.

Some soldiers could not ignore the evil. At least one paid with his life, if the New York Times report is correct. Others lost their careers. To what end? In what meaningful sense is any American any safer or more secure because our troops defended pedophiles?

The answer is obvious. Young soldiers and Marines who thought they enlisted to protect their country instead had to protect child rapists. Why? Because "we" needed the rapists to accomplish "our" mission. What was this mission? No one knows, the war long since having gone on autopilot.

Even if one accepts the official 9/11 narrative, any connection that existed between that event and Afghanistan in 2001 is long gone in 2015. There is no reason for American troops to be there at all, and certainly no reason for them to protect those engaging in acts that would merit imprisonment in the country they are ostensibly serving.

Now, one could respond that the Afghan culture accepted "boy play" long before Americans arrived. Our presence there might limit its extent, while it would thrive in our absence. This may be true, but we do not invade other countries whose social practices we consider abhorrent. If that is the goal, we will need a much larger military.

A much larger military may be exactly the point. Unending overseas war may not make the United States any safer, but it definitely makes some Americans wealthier. If our soldiers have to stand by while Afghan boys suffer, so much the better. The boys will grow up hating Americans and become more enemies in need of eradication. Score another win for the military-industrial complex – and another loss for humanity.