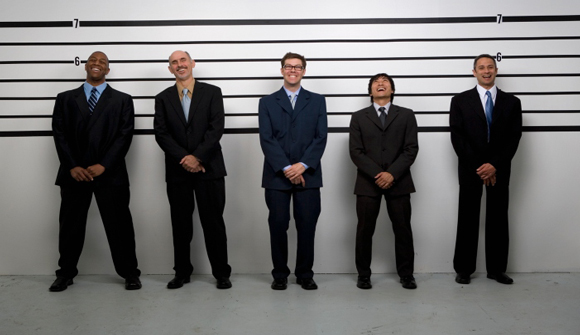 JP Morgan Pays $2 Billion to Avoid Prosecution for Its Involvement In Madoff Ponzi Scheme … Bernie Madoff has said all along that JP Morgan knew about – and knowingly profited from – his Ponzi schemes. So JP Morgan has agreed to pay the government $2 billion to avoid investigation and prosecution. While this may sound like a lot of money, it is spare sofa change for a big bank like JP Morgan. It's not just the Madoff scheme. As shown below, the big banks – including JP Morgan – are manipulating virtually every market – both in the financial sector and the real economy – and breaking virtually every law on the books. – Washington's Blog

Free-Market Analysis: Washington's Blog has provided us with an aggressive follow-up to the just-announced JP Morgan settlement with the SEC.

Washington's Blog along with some others has kept up the heavy pressure for what would seem to be new Pecora Hearings in Washington DC. Washington's Blog does this by calling for Wall Street prosecutions, if at all possible.

But from our point of view, the constant emphasis on regulatory-based law and order is questionable, at least. The Pecora Hearings in the 1930s laid the groundwork for the very abuses that Washington's Blog and others are rightfully upset about.

This is a fatal disconnect. Washington's Blog and others seem to assume that if regulation is followed up by aggressive enforcement and incarceration, then honesty will increase and people will be better behaved.

But so far as we can tell, it has never been proven to be the case that regulation and authoritarian enforcement cures wrongdoing. It is the history of empires to create a climate conducive to corruption. The corruption is then engaged by the very elements of empire that have nourished the corruption to begin with.

Certainly there is wrongdoing aplenty. Here are just some of the recent improprieties by big banks, according to the article:

* Laundering money for terrorists (the HSBC employee who blew the whistle on the banks' money laundering for terrorists and drug cartels says that the giant bank is still laundering money, saying: "The public needs to know that money is still being funneled through HSBC to directly buy guns and bullets to kill our soldiers …. Banks financing … terrorists affects every single American." He also said: "It is disgusting that our banks are STILL financing terror on 9/11 2013".

* Financing illegal arms deals, and funding the manufacture of cluster bombs and other arms which are banned in most of the world

* Laundering money for drug cartels. Indeed, drug dealers kept the banking system afloat during the depths of the 2008 financial crisis). A whistleblower said: "America is losing the drug war because our banks are [still] financing the cartels", and "Banks financing drug cartels … affects every single American".

* Shaving money off of virtually every pension transaction they handled over the course of decades, stealing collectively billions of dollars from pensions worldwide.

* Charging "storage fees" to store gold bullion … without even buying or storing any gold. And raiding allocated gold accounts.

* Committing massive and pervasive fraud both when they initiated mortgage loans and when they foreclosed on them.

* Engaging in insider trading of the most important financial information.

* Pushing investments which they knew were terrible, and then betting against the same investments to make money for themselves.

* Bribing and bullying ratings agencies to inflate ratings on their risky investments.

* Violently cracking down on peaceful protesters.

And yet … at least some of what is mentioned above is questionable from a criminal standpoint. Things like market manipulation, wash trades, frontrunning and other "crimes" are a function of a marketplace that has gotten too large and in which too many titanic firms trade. They simply can get away with more, and it is impossible to police much of what is taking place.

The solution is to reintroduce competition and let customers themselves sort out the "bad guys." Unfortunately, regulations and judicial fiat make this almost impossible. The competitive market cannot perform its curative function. In its place we have regulatory democracy and occasional prosecutions.

The real problem is not "criminality" but bigness and most importantly state-enforced bigness. Let us ask: Where does this bigness come from? In fact, it comes from the state enforced immunity of corporate personhood. Wall Street firms, like large corporations everywhere, provide virtual immunity from consequences for those who manage them.

When one works for the state these days, one can use the threat of terrorism to repel accusations of almost any criminal or violent act while in Leviathan's employment.

Similarly, corporate personhood inoculates those at the top of corporations from the consequences of their actions. They are usually not sued. They are certainly not jailed. The corporation itself – with its overflowing coffers – is subject to the "punishment." And everyone moves on.

The Pecora Hearings of the 1930s gave Wall Street its "public" markets, self-regulatory agencies and, of course, the SEC and NASD. The Pecora reconfiguration of the securities industry was supposed to ameliorate the difficulties that securities markets suffered from post-1929.

In truth, the massive regulatory interference did not make a bit of difference to modern, Western markets, especially in the US. Corruption continued and increased and volatility has not been lessened, either.

Today, the markets in the US and elsewhere are massively top heavy with regulations of every type but there is no discernible difference when it comes to protecting consumers. If anything, things have gotten worse.

The amount and types of regulation have mostly and unfortunately overweighted certain investment solutions. In other words, Wall Street strategists are apt to do the same thing at the same time for clients because modern regs force them to. This is very dangerous in an investment environment stimulated massively by central banking.

The combination of central banking and regulations that deprive Wall Street of the ability to provide investors with a richness of strategy is a terrible problem. It virtually guarantees that investors are going to take terrible losses in euphorias, as Wall Street is virtually forced to provide the same investment structures for millions.

Bernard Madoff provides us with a good example of how modern Wall Street works. By penetrating to the top of the Wall Street/NASD regulatory hierarchy, Madoff ensured the probity of his reputation. Regulation and enforcement merely cemented his manipulations.

Madoff did go to jail, but realistically speaking, most of the money he managed is gone. Regulations and even criminal prosecution will not provide restitution. The example of Madoff will surely not dissuade others from following in his footsteps.

Even more importantly, JP Morgan officials apparently cooperated with Madoff, but they do not seem to be subject to Madoff style penalties. This is because of corporate personhood. The firm is at fault, not the people who run it.

In a normal society, people are responsible for their actions and others can hold them accountable. But in today's "modern" regulatory environment, the corporation protects the manipulators and the regulatory onslaught virtually guarantees larger and larger disasters.

The system is perverse and getting worse. Let the market operate and reintroduce competition.