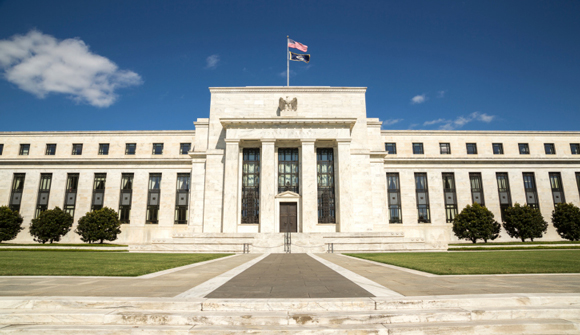 Peter Schiff: The Fed Has Created A "Bad Is Good" Economy … The downright dismal September jobs report that was released last Friday may prove to be the flashing red beacon that even the most skilled apologists can't explain away. The report should make it abundantly clear that we are far closer to recession than recovery … I expect that once the threat of rate hikes is finally and officially taken off the table, the Wall Street rally will continue. But those gains will be attenuated by a weaker dollar and depressed earnings by domestically focused companies. In that case, it may be better to search for stocks outside the dollar and for the potential benefit of rising share prices and a rising currency. – ETF Daily

Dominant Social Theme: The Fed knows. It's the greatest invention since money.

Free-Market Analysis: This is a longish article, but it makes a significant point – that the market has already "priced in" a rate hike and investors can take advantage of that.

Call it the "Fed arbitrage."

Schiff has had an up-and-down track record regarding investing these last years and has come under attack for certain domestic and international recommendations. At High Alert Investment Management, we took a somewhat different tack than Peter moving into the second decade of the 21st century when we perceived that the stock market was engaged in what Anthony Wile coined as a "Wall Street Party" in his latest book, Financial Freedom.

Against most alternative media perspectives, we proposed that markets would move up hard and indeed, for nearly five years they have. At the same time, we made the point that gold and mining stocks were not simply going to rebound from their sell-off.

Both of these were significant and correct market calls. Those who continued to anticipate vibrancy for precious metals stocks and an overall mainstream equity sell-off have seen their prognostications go unfulfilled.

Schiff's biggest success came in the mid-2000s when he recognized that a growing subprime housing bubble might destabilize the larger stock market, which it certainly did, resulting in the crash of 2008-2009.

In this article, he returns to one of his basic presumptions, that the Fed is not to be trusted regarding policy pronouncements and the direction the market is taking. He believes that the Fed will not raise rates, nor can it. In fact, he expects additional quantitative easing – additional money printing – though it may not be presented as part of official policy.

This jibes with a point we made recently regarding the idea that the Fed is engaged in a kind of controlled market deflation. By continuing to speak about a rate hike without actually generating one, the Fed ensures over time the market sells off as necessary, while building a base to resume an upward trajectory.

Does the market "deserve" another upward leg? That's not the point, of course. For the purposes of this analysis we're not interested in morality when it comes to market movements. We are interested most fundamentally in profiting from a real-world environment. To be successful in these difficult times, one needs to "step back" in order to examine the larger picture.

One can be negative about the impact of central banking without losing sight of its ramifications – and markets' continued upward bias. Anthony Wile recently interviewed Dr. Richard Ebeling about his new book, Monetary Central Planning and the State.

Ebeling addresses the economic dysfunction of the modern Western economy and its evolving authoritarianism. In the interview, he pointed out there were several kinds of collectivism – most prominently political and economic collectivism. We may not perceive modern economics as "collective" yet in many ways it is. He explained:

The economic complement to political collectivism is economic collectivism. If society is to be redesigned and remade, there must be a "central plan" to which all in society are expected to conform for the "greater good" and betterment of the collective to which the individual is assigned membership.

All these extreme forms of collectivism imposed comprehensive government central planning on the economic activities of those reduced to being the expendable pawns on the societal chessboard under state control. This planning ideal took on many forms, even in non-totalitarian societies with formally democratic political institutions. One of these has been monetary central planning, as manifested in the form of modern central banks.

The stresses and strains the system is subject to are a result of endless central bank incompetence generally throughout the West and specifically in the US. Fed mismanagement is at a point now where there is no economic normalcy left. Whether or not we like it, modern economics is central bank economics.

Officials speak of recession and recovery, but these are not the proper terms. They should be speaking of asset deflation and asset inflation. The economy is nothing but a balloon at this point to be pumped up by endless money printing until it bursts and the process begins again.

Within this context – and in his article – Peter Schiff has presented the idea that one ought to arbitrage the Fed's inevitable lack of action.

The biggest practical implications of all this is that the commodity and foreign currency markets, which have been so thoroughly decimated by expectations of imminent rate hikes in the U.S., should reverse course. In the past, the dollar has generally risen on the anticipation of rate hikes and has sold off when the Fed actually delivered on those expectations.

This is the classic "buy the rumor, sell the fact" trade. But what will happen when the Fed fails to deliver? Then all we have is false rumor and no fact. In such a scenario, reversals in the "bid up" dollar and in "beaten down" commodities like gold, silver, copper, and oil, could be dramatic.

Will this analysis prove out? Gold, silver, overseas investing in non-dollar denominated assets – all this makes some sense in an environment where Western economies have not fully recovered. So although we agree it is important to move money into emerging markets … the question is how?

For us, a diversified portfolio of private equity holdings works best in hard assets holdings, especially agriculture-based opportunities. But that doesn't mean we will not seek to profit where profits are to be made, even if that means tapping into the larger casino that is the US stock market.

It is perfectly possible that markets continue an upward trajectory in 2015 and beyond. What the "herd" believes is often sufficient to drive market values … along with a healthy dose of central bank money injection.

Even if one doesn't agree with Schiff's reasoning, the diversification he suggests makes sense on a purely practical level so long as one doesn't lose sight of the effectiveness of Fed monetary stimulation. The misalignments introduced by the Fed can still carry domestic markets significantly further – and may well do so.