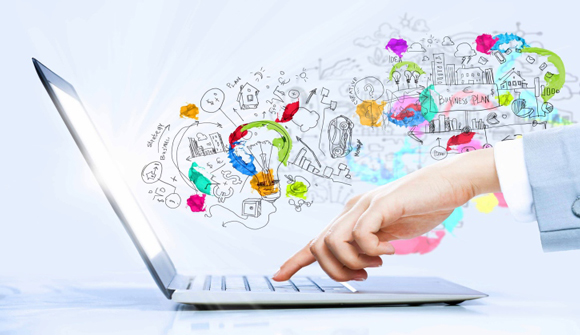 Pew: 75% 'better informed' because of Internet news sites, don't feel 'overloaded' … The Internet is revolutionizing news consumption, with more than seven in 10 telling Pew Research Center that they are better informed than they were five years ago because of the news websites they visit daily. In Pew's latest survey of Internet use, 75 percent said they are "better informed" about national news, and a near equal 74 percent on international news. Just as importantly, 72 percent said that having so much information at their fingertips was a good thing and didn't make them feel overloaded. – Washington Examiner

Dominant Social Theme: The Internet overloads people and is dangerous and spooky anyway.

Free-Market Analysis: This interesting survey confirms what has seemed obvious to us and our readers for years: That the 'Net is making people more informed, not less.

This has proven to be, in our view, an unstoppable process and one that is sparking major social changes. We track these changes on a regular basis.

The Pew survey also seems to debunk certain criticisms that have been leveled at the Internet, including the idea that the information available on the 'Net is overly plentiful and that parts of the Internet are "dangerous."

The Pew survey also seems to debunk certain criticisms that have been leveled at the Internet, including the idea that the information available on the 'Net is overly plentiful and that parts of the Internet are "dangerous."

The survey bolsters a previous Pew report that found many Americans shifting from print and TV to Internet based news outlets. The new survey shows that Americans are benefiting from the shift.

Overall, a whopping 87 percent said that the Internet and cell phones "have improved their ability to learn new things, including 53 percent who say it has improved this 'a lot,' " said Pew. "Americans like lots of information choices and don't feel particularly oppressed by the growing flows of material into their lives," said Lee Rainie, director of Pew's Internet, Science and Technology Research.

"Even through all the tech change in the past generation, people said they are coping fine and relish new options they have to get and share the information that matters to them."

The survey is certainly truthful so far as it goes. But this article and the initial Pew summary avoid mention of a critical aspect of the Internet, which is the alternative media's role in educating people on sociopolitical and economic alternatives.

It also occurs to us, ultimately, that commentary such as that issued by Pew may be the beginning of another meme, one intended to focus on 'Net technology rather than the alternative media the Internet has made possible.

The idea in this case would be to encourage people to think of the Internet in terms of a new delivery device for mainstream media – and for the kind of often misleading information that was available in the 20th century.

The significant impact of the Internet is not that it has expanded information sources or made them more convenient but that it has allowed an entire new media class to solidify and expand.

Ultimately, the information available via this new media class is undermining much of the narrative that coalesced in the 20th century and contributed to increased globalism after World War II.

It is this mainstream consensus that has been shaken by the Internet, which has helped users discover or rediscover new concepts in areas such as health care, energy and social constructs.

Serious users of the Internet have begun to construct alternative historical narratives based on information that was not previously available via the mainstream media. Additionally, the Internet offers a variety of patterns, for lack of a better word, that allow intuitive users to create additional insights even if the actual information isn't fully available.

At the same time as the Internet has provided users with a treasure trove of previously unknown or little-known information, it has also been the subject of increasingly strenuous censorship.

It is likely over time that certain elite interest groups will attempt to emphasize the Internet's broad gamut of available information and ease-of-use while attempting to suppress or remove information that is not conducive to the goal of increased internationalism.

The removal of inconvenient information combined with promotional campaigns that emphasize Internet convenience and its broad base of information will be intended to provide people with a perception of Internet utility without the reality.

Just as people need to put effort into understanding economics and asset protection, so people will have to put more effort into becoming "Internet literate" so as to take full advantage of what the Internet still offers, but at a deeper level.

This is surely the inevitable evolution of the 'Net but one that informed viewers will anticipate and utilize.