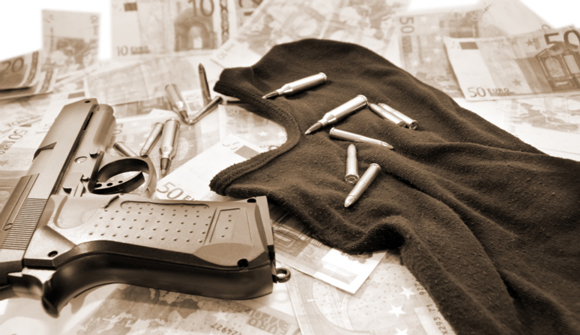 Dirty Money in Afghanistan … How Kabul is Cleaning Up the Illicit Economy … Drug trafficking, smuggling, unregulated trade, and fraud in procurement contracts are encumbering the country’s economic development and funding the terrorist groups that undermine its stability.  Money laundering plays a crucial role in supporting this criminality. – Foreign Affairs

The US and its allies are  trying to “Westernize” Afghanistan and in particular the Pashtun and Punjabi tribal cultures. This article in Foreign Affairs is surprisingly blunt about what’s being done on this front, having to do, most importantly, with hawala.

We have written many articles explaining why London’s City wants to destroy this ancient tribe (here and here). Part of the Pashtun are in Afghanistan and part in Pakistan. One reason this was done was to try to create a schism between a hitherto homogeneous population. The British tried before, a century ago, to destroy the Pashtun but only ended up splitting Afghanistan into two parts.

The hawala system is appealing to Afghans seeking to shield ill-gotten gains from the state. Chief among the roadblocks, however, is the nature of Afghanistan’s capital flows.

Most of the country’s economic activity is informal, and data provided by the Ministry of Finance suggest that only 35 percent of the financial flows within the country are legal.

Unregulated cash transactions and remittances through the country’s traditional money transfer system, a network of brokers known as hawala, are the rule.

Largely because of its informality and opacity, the hawala system is also at the center of Afghanistan’s troubles with money laundering. Many brokers are unlicensed, operating without oversight in violation of domestic laws and foreign exchange regulations.

Much of the article is devoted to ways that hawala is now being targeted and attacked. This is because anonymous capital flows are fundamental to an independent society. If Kabul’s northern power brokers in tandem with US and City authorities are able to break the hawala system, then the Pashtun and Punjabi will finally be more fully amenable to Western control.

Interestingly, the article lists many ways that the hawala system is bad for the region but doesn’t exactly support the allegations.  For instance, the article explains that trucks bound for central Asia are often surreptitiously loaded “with drugs, precious stones, and metals.” Profits are then withheld and avoid the government’s import tax. Proceeds are invested “into normal commercial activities, such as real estate investments.”

Again, the real problem here seems to be that the state does not control the process, nor has been able to effectively tax it. That may be changing, however, with the establishment of an Anticorruption Justice Center “to investigate and prosecute high-ranking officials, including former cabinet ministers and governors, suspected of graft.”

The government has also strengthened its ability to combat money laundering and terrorism financing. It has amended the laws that criminalize both practices, requiring the attorney general to order asset freezes against people involved in either offense as soon as the authorities have determined their involvement.

Chief among the article’s assumptions is that anything the Kabul government can do to bring the country’s financial system under its control is intrinsically good. This includes a “three-year, $45 million IMF grant aimed at bolstering Afghanistan’s banking laws and anti-corruption regulations.” Additionally, the government has “overhauled the judicial sector” by firing judges, prosecutors and customs officials.

Toward the end, the article points out that because none of these reforms have “deep domestic support,” the support of “international partners” will be needed to create success. Training, tightening of Afghan’s borders and efforts to “fight” money laundering should be funded and bolstered abroad.

Here’s how the article concludes:

Fixing Afghanistan’s problems will not only require cleaning up the drugs, real estate, procurement, and import-export sectors—it will demand dismantling the illicit financial flows that support law-breaking in all of them and threaten the country’s stability.

One of the first things the US reportedly did when entering Afghanistan was to set up a still largely dysfunctional central bank, though it’s doubtful that many in Afghanistan would have identified such a bank as a priority. Likewise, this article identifies other priorities that seem to be Western ones, not domestic.

The overall impression is one of barely concealed authoritarianism disguised as something else. Civilization in Afghanistan is conflated with state control of all parts of society.

And yet when we look at Europe and the US,  we can see increasing chaos. Western judiciary, monetary and fiscal solutions are all failing in varying degrees and leaving misery in their wake.

Of course, some might argue (as we have done) that current failures are being in part artificially created in order to make Western populations more malleable to international control. But if so, this is merely further proof that the current Western system offers too much control to too few people.

It is quite clear, the West intends to replace one culture with another in Afghanistan. And this in turn confirms our original contention that the war is about breaking Pashtun and Punjabi tribalism.

We should add that we have always been suspicious of Pashtun fighting forces, believing they were funded in some sense through the West, as ISIS and Al Qaeda have been.

But in fact that is how you subvert a culture in the modern era. You create a group of fighters opposed to your own and then use their opposition as justification to crush what they represent and replace their society with a Western one.

The trouble with this approach is that the Pashtun and Punjabi are part of a real and vital culture, unlike ISIS and Al Qaeda. Therefore the funding by the West to opposing groups has not resulted in their destruction anymore than it did 100 years ago.

Conclusion: This would be in keeping with some of other modern day manipulations as elites attempt to further centralize global governance. Not much seems to be working out exactly as foreseen. Afghanistan probably won’t either.