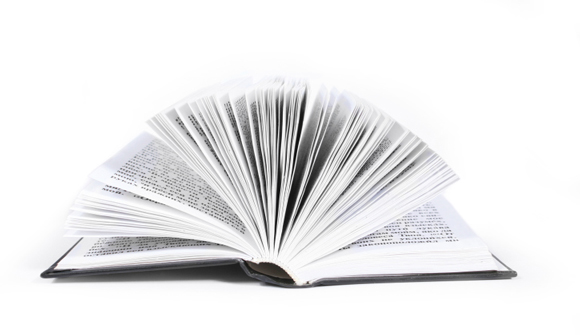 STAFF NEWS & ANALYSIS
Piketty Won't Go Away Because His Book Is Useful in Promoting the Inequality Meme
By Staff News & Analysis - December 30, 2014

The Year of Piketty … Last month the Financial Times chose Thomas Piketty's "Capital in the TwentyFirst Century," a study of the underlying dynamics of inequality, as its Business Book of the Year. The honor rather understates the book's impact. Forget "business book." "Capital" was the nonfiction publishing sensation of the year, and maybe of the decade or more. When has a work of its kind ever been so rapturously received? Yet what a perplexing phenomenon this was. Now that the acclaim and the subsequent backlash have subsided, the Year of Piketty seems worth another moment's reflection. — Bloomberg

Dominant Social Theme: This man's brilliance is undeniable and so is his book. Inequality is the biggest problem we face.

Free-Market Analysis: We've covered Piketty and his book in several articles but this article from Bloomberg shows how memes can be perpetuated even when the evidence for the meme is lacking.

The article actually provides us with a cogent analysis of the wrongness of Piketty's argument. We learn that capitalism has a fundamental contradiction. According to Piketty, the rate of return on capital "is greater than the rate of economic growth." Logically, those who own or control capital will gradually obtain more and more wealth since they accrue income more quickly than the economy expands.

This mathematical "law" has been the target of a good deal of criticism, but from our point of view, Piketty could have written his mathematical proofs in brail. They were always bound to be criticized and they are unimportant. What IS important is that people are reminded of socioeconomic inequality.

From what we can tell, the politics of resentment are coming back into play. The Internet has done a good job of waking people up about the precariousness of their socioeconomic status. Society's controllers are working at a rapid rate to refocus people's illumination and to muddy clarity by insisting on an "us versus them" mentality.

Piketty's book is very useful in this regard. Like Marx before him, he provides an intellectual justification for the possibly violent overthrow of capitalism. And distressingly, even his critics find this particular prospect exciting even if they can't endorse Piketty's mathematical arguments.

This article is a good case in point. The author spends a good deal of time rubbishing Piketty's logic but is not afraid to admit he is exhilarated by the larger conclusions Piketty draws.

Let me say at the outset, I wasn't among the book's admirers. I found it mostly infuriating. As I wrote in "The Most Important Book Ever Is All Wrong," There's a persistent tension between the limits of the data he presents and the grandiosity of the conclusions he draws.

At times this borders on schizophrenia. In introducing each set of data, he's all caution and modesty, as he should be, because measurement problems arise at every stage. Almost in the next paragraph, he states a conclusion that goes beyond what the data would support even if it were unimpeachable.

I stand by that, even though much of the scholarly discussion of the book has led me to think I was too kind. The most pointed scholarly critique was by Per Krusell (Stockholm University) and Tony Smith (Yale). They say Piketty makes an unwittingly extreme assumption about saving that makes his math wrong.

Larry Summers wrote a congratulatory appraisal, which gently picks apart the economics and ECONOMICS The Year of Piketty By Clive Crook DEC 28, 2014 6:00 PM EST a A dissents from Piketty's analysis on every key point. Turning to policy, and Piketty's recommended global wealth tax, Summers says, "Perhaps the best way of thinking about Piketty's wealth tax is less as a serious proposal than as a device for pointing up two truths."

The truths in question (reducing inequality requires tax reform; high taxes on the rich call for international cooperation) were obvious before Piketty sat down at his keyboard. There's a pattern here … What Piketty says might not make sense, but we applaud him for saying it.

Though the article is critical of Piketty and his book, it is also in some sense praising him. But why? Think about this, dear reader. If you wrote a book that was a sustained attack on certain subject matter using flawed logic and mathematical mistakes, would you expect that book to receive sustained applause, or would you eventually expect your effort, staunch as you tried to make it, to fall away?

Yet Piketty's flawed tome has NOT fallen away, presumably because his peers are intensely sympathetic to his argument. Piketty could have advanced serious notions regarding income inequality and how the damage to society is generated and perpetrated by monopoly central banking, ill-advised taxes and dysfunctional regulation.

Instead he attempts to prove, using flawed mathematics, that capitalism itself is the main motor of inequality. The reason capitalism is failing (we are more comfortable with the term free market) is because it is under sustained attack and is barely recognizable.

Piketty's peers could have pointed this out but they did not. Instead they argued over mathematics and then concluded his message was so ambitious and courageous that the failure of his maths were unimportant.

His book then received the prestigious Financial Times Business Book of the Year award. One can only conclude from this that those interested in disseminating Piketty's message will ignore almost everything if the message itself is one they want to advertise.

That such a flawed book should attract so much attention would ordinarily be a puzzle. But the 21st century is filled with such anomalies. The internationalists among us are sending a plain signal that they will run roughshod over logic and truth to advance the cause of a more globalist order.

This maniacal obsession is something we should pay close attention to. Those behind internationalist expansion are willing to sacrifice the truth whenever it is inconvenient. And if truth is so easily discarded, what else may easily be stripped out of society?

Keep in mind that those doing the stripping are both powerful and amoral. Protect yourself and your family as best you can. Don't kid yourself about their goals and their determination to realize them.

In this case, Piketty's book proves quite instructive, though not in the way he intended.