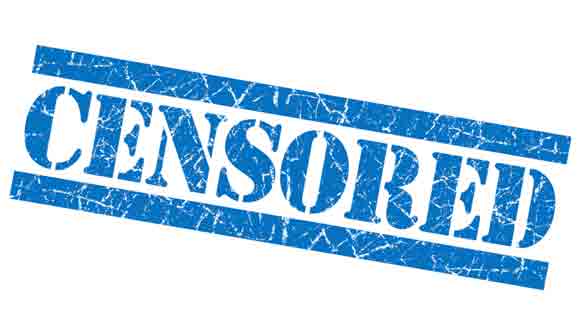 Free-Market Analysis: Yesterday came word that Britain was banning the filming of numerous kinds of "violent" sexual acts including spanking.

We're not going into the specifics of what was "banned" because it really doesn't matter. What does matter is that elites, specifically British elites, have decided once again, in our view, to use human sexuality as a control methodology.

Britain has a history of this going back hundreds of years, at least. Of course, other cultures do, too, but Western cultures have recently been subject to a sustained "liberalization" of sexual mores. Today, in this era of same-sex marriages, Britain's recent rediscovery of more aggressive sexual regulation seems somehow anachronistic.

Business Insider doesn't see it that way, however, and tries to minimize the new regulations as reasonable. Okay … perhaps they can be justified individually, but they do seem to be aligned with larger authoritarian trends involving not just Britain but the West generally.

"Sex work shouldn't be in breach of the criminal law; participants must be adults; it shouldn't encourage an interest in sexually abusive activity — rape or child abuse; it should be consensual; there's limited scope for role play; but it should be non-harmful and there shouldn't be any infliction of pain beyond mild consensual activity. Strong sexual threats or abuse are unlikely to be acceptable."

This last paragraph is indeed what people might well be worried about. With government agencies showing clearly they intend to spy on every possible individual act, warrant or no, the unspoken threat is surely that what is banned for sex-performers will eventually become criminalized for private citizens as well – and that government increasingly has the tools to track private sexual acts.

Merely paranoia? Set such possibilities within the context of Britain's current regulatory environment. The British government seems increasingly distrustful and manipulative when it comes to the larger body politic, British politicians lied in concert for decades about the nature of the European Union in order to gain electoral consent to join and advance British participation.

Governments, both Tory and Labour, have advanced social welfare programs that endorse global warming, alternative energy and behavior-altering transportation schemes – despite dubious evidence for their necessity. In London, for instance, there are areas where automobiles are now perpetually banned and bike riding or walking is mandatory; meanwhile Britain is said to be the repository of more public cameras than anywhere else in the world, recording citizens' every move.

Britain's national health care system is virulently socialized and there are plenty of horror stories about its inefficient delivery of services. British gun control laws are such that people have been prosecuted for confronting criminals in their own homes.

We could go on … This new sex-regulation effort is part of a regulatory culture that seems to be getting worse not better. Not long ago, the Tories made a list of certain pornographic websites that viewers would have to ask for to receive from their service providers. It turned out, however, that this list contained numerous alternative media sites that had nothing to do with pornography.

The Internet era is throwing Western societies into flux and elites generally seem to be seeking ways to control and intimidate the larger mass of citizens. Unfortunately, Britain is often a kind of bellwether for the West and for the US in particular.

It is possible that some of the regs that Britain has just initiated originated with the EU, but in the larger context, this latest regulatory spate simply continues a pattern of social control that is already well – and sadly – established.

Perhaps we misread the social and political trends that Britain seems to be presenting. But freedom belongs to the vigilant. People need to take human action to protect their personal freedoms as best they can and adjust their resources and portfolios for maximum flexibility at home and abroad.