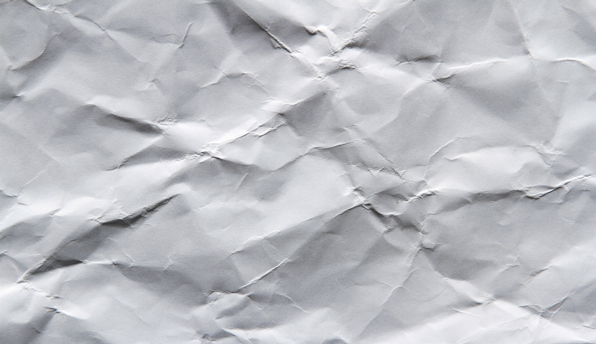 Washington Post Worries That Global Warming Could Make Ebola Worse … In a wildly speculative Tuesday editorial, the Washington Post worried that global warming "could" make the spread of the Ebola virus worse as time goes on. In its August 5 Capitol Weather Gang blog post, the Post helpfully reported that Ebola is "out of control" and then goes on to wonder: "Could climate change hasten the spread of the deadly virus?" The Post answers, quite unironically: "Perhaps, but the linkages are complicated, according to limited scientific literature on the topic." The paper's blog post goes on to recite several facts—such as scientists' ignorance as to what causes Ebola or how to cure it—then notes that some other diseases "might" be affected by global warming. – Breitbart

Dominant Social Theme: The leftist press is a fearmongering one.

Free-Market Analysis: This is a good example of how difficult it is to write about elite themes without lapsing into what the mainstream media would call "conspiracy nuttery."

Breitbart is writing some good articles these days about the media and this one recognizes two separate media trends – ebola and global warming – and smartly analyzes how the combination turns reporting into "fearmongering."

The problem comes with taking the next step, which is explaining WHY – as in why the fearmongering? Breitbart, like much of the "conservative" alternative media, is reluctant to expand its observations in such a way as to move from observation to enlightenment.

The Post next claimed that a drop in rainfall increases the possibility of transmitting the Ebola virus. The paper based this prediction on one 2002 study published in the Journal of Photogrammetric Engineering and Remote Sensing.

The paper then insists, "as the globe warms, precipitation extremes are projected to increase." "Presumably," the Post speculates, this would make Africa "most vulnerable to Ebola outbreaks." But "presumably" is the key term in this article, and words like it fill the piece.

Readers are told that "perhaps" climate change could make Ebola worse. The paper says that "warming may expand the range" of diseases and that guessing scientists have "expected" to see diseases expand because of it. But the Post warns that it is hard to say for sure.

"However," the paper notes, "the connection between climate and Ebola is more complex," even as it claims droughts are "expected." Yet the authors of the article admit, "projecting future changes in precipitation on the regional scale is difficult."

And as the paper wraps up its wild speculation, it finally admits, "Given the mixed-bag forecast, it remains unclear whether we will see an increase or decrease in Ebola outbreaks."

So, what did the Washington Post know for sure about all this? It appears that nothing at all is really known for sure. It's all just "perhaps," or "expected," or a "mixed bag." But hard facts are hard to come by, at least in this scaremongering article.

Surely, Breitbart has analyzed this Post article properly. We, too, have noticed a rise in elite combinations being offered by the mainstream media. Just yesterday, we pointed out that criticisms of one elite meme – income inequality – was inexorably leading to a solution offered via the meme of the "Unconditional Basic Income." See here:

As Predicted, Income Inequality Meme Is Now Portrayed as an Economic Threat

Thus, one meme is offered in the context of another. These combinations, becoming more common, remind us of a nomenclature that Lewis Carroll once offered – the "portmanteau" word.

A portmanteau word is "a word formed by merging the sounds and meanings of two different words." A portmanteau is "a case used in journeying for containing clothing," and comes from the French porter, "to carry," plus manteau, "cloak." Carroll coined portmanteau word in 1882 based on the idea of "two meanings packed up into one word," says the Online Etymology Dictionary.

Example: "Portmanteau words are now a staple of the magazine competition, and amid the waste of failed invention, every so often one meets a need: smog, stagflation, chocoholic. I don't know how we ever did without 'metrosexual', coined by … Mark Simpson." — Philip Hensher, "Sarah Palin's Struggle with the English Language," The Telegraph, July 21, 2010

Lewis Carroll was a humorist of sorts, but he was also a canny surveyor of the human scene. Were he alive today and witnessing, as we are, the evolution of globalism, he might perceive what we do: Elite memes are increasingly being issued in combination, or at least being offered together in individual commentaries as opposed to separate observations.

We're not going to suggest naming these evident combinations, but we will argue that this is a trend worth noting. We'd also argue that articles like Breitbart's would be more effective were those writing them willing to take the additional step of EXPLAINING why large media conglomerates like the Washington Post are generating certain narratives.

The answer is fairly obvious, from our point of view: Almost all such narratives are aimed at advancing globalist centralization in one form or another. Media controllers want to create fear in the body politic regarding such manifestations as Ebola. Fear is useful because it makes people more receptive to other kinds of elite promotions, in this case "global warming."

And why does the power elite wish to promote global warming? Because it can be presented as a truly international challenge that needs the intervention of the WHO, IMF, World Bank, etc.

What we call the marijuana meme is being massaged the same way. In fact, we've explained that we believe that drugs are going to be legal around the world in the not too distant future. The reason has to do with the opportunity for globalist facilities to become more proactive in terms of licensing and regulation, thus building a more extensive infrastructure.

The Breitbart article could have taken this step, thus contributing a further element of enlightenment to what was already a good analysis. Perhaps in the future, the "conservative" alternative media may be willing to make such a leap. We will continue to do so.