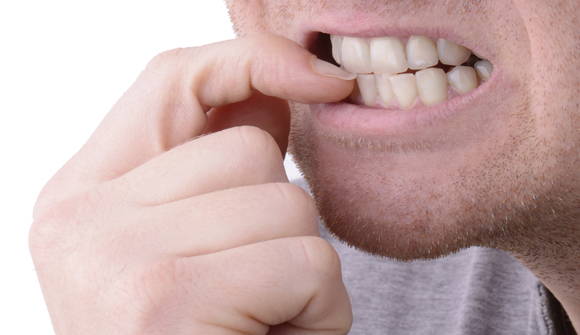 Fed's Fisher Tells Congress Don't Mess With Central Bank … Senate Republicans should resist the temptation to erode Federal Reserve independence after victory in mid-term elections, Dallas Fed President Richard Fisher said. "Think about this: Here's a Congress that can't even get its own budget together. Do you want them running the central bank?" Fisher, a former deputy U.S. trade representative under President Bill Clinton, said today in an interview on Bloomberg Television. – Bloomberg

Dominant Social Theme: It's hard to run the Fed, and congressional oversight would make it even worse.

Free-Market Analysis: Is the Fed worried about losing its independence? Probably not, certainly not in the near term, even though this Bloomberg article makes the case that Fed officials are concerned nonetheless.

But the article buries the lead. It gives away the Fed's REAL concern in the middle of the story. Before we get to that, let's examine what Dallas Fed head Richard Fisher had to say, according to Bloomberg.

From our point of view, the Fed's top gun is the formidable Richard Fisher. He's a kind of corporal insurance policy for the shadowy elites that stand behind the scenes and organize both fiscal and monetary policy.

Forget about the Fed losing its independence. These shadowy controllers are likely concerned about something a good deal more realistic. And generally speaking this article is a nervous yelp over the idea that the Fed might actually come under political attack following the sweeping Republican victory that has given that party the control of both the House and Senate.

We wrote about this here: Current US Elections Place the Fed Under More Pressure.

It is true that Fed head Janet Yellen has warned against a congressional effort to compromise its independence, as we reported. But now the heavy artillery is being brought to bear.

The alacrity of Fisher's statements following the Republican landslide was matched by those of the Fed's Jeffrey Lacker, who sounded a similar warning.

"I'm against compromising that, with bills that would give individual congressmen the right to audit last week's FOMC meeting," Bloomberg quotes him as saying.

Lawmakers claim the Fed overstepped its power by bailing out Wall Street during the 2008-2009 financial crisis, and for quadrupling its balance sheet, to $4.5 trillion, through asset purchases aimed at holding down borrowing costs.

"We work for the American people. We are given our license by the Congress of the United States. I hope they will be responsible in terms of limiting the amount they wish to interfere with our independence," Fisher said.

"I really think its dangerous to tamper with an institution. Yes, we could be updated and tweaked, but we've lasted 100 years, and on balance, I think we've done a very good job," he said.

Again, the real lead of the article is hidden in a statement dropped casually into the middle of the story. "I'm against … bills that would give individual congressmen the right to audit last week's FOMC meeting," [Lacker] said in during a Q and A following a speech in Washington.

The Fed doesn't fear being taken over by Congress. It fears an audit.

There's little chance that the operations of the Federal Reserve will be compromised – even in the current poisonous environment. More than that, any such effort would be challenged at every level by those shadowy forces steering the Fed behind the scenes.

After all, the Fed is a monetary price-fixing organization and as such its past is littered with episodes that, if revealed, would likely convulse the nation, even the world. As we explained yesterday, and have before, the real function of the Fed is to consolidate monetary power and CAUSE episodic convulsions that lead toward ever-strengthening centralization of international money power.

No amount of explaining could mitigate the disastrous fallout from the Great Depression or even the current global financial crisis. Those supporting the Fed and in charge of implementing its mandate would fight very hard (no doubt in extra-legal ways) to retain Fed secrets.

One can argue against this conclusion, of course, but reality seems to show that it is accurate. Western money power has been consolidating aggressively for at least a century now, since the founding of the Fed. And Western middle classes have lost considerable ground, along with the value of Western currencies. In fact, a number of European currencies no longer even exist.

In any event, an audit is a far more difficult thing to head off than a political power grab. If Congress insists, some sort of additional audit may end up being performed – if only to appease a large and vocal section of the body politic.

Is it dangerous to the Fed? The danger does not come from the audit itself because any such audit would be watered down and would not penetrate to the heart of Fed manipulations and favoritism.

But it is the "knockoff" effect that is dangerous. An audit would doubtless reveal issues that would fuel calls for further audits and additional transparency. The Fed has little with which to fight back. Here's how Fisher defended his institution:

"I really think it's dangerous to tamper with an institution. Yes, we could be updated and tweaked, but we've lasted 100 years, and on balance, I think we've done a very good job," Fisher said.

One only needs to read the vituperative feedbacks beneath the article to see whether readers accepted this argument. They did not.

What comes across clearly these days in such threads is the genuine anger that people seem to feel over the actions and even the existence of the Fed. It used to be a political issue but now it seems more like an emotional one.

In fact, the Fed's track record of disaster is well known. The last thing Fed officials want to do is to defend the Fed against any potentially damaging information as a result of an additional audit, no matter how mild.

There is surely no reservoir of good will for the Fed in the US, not among many average citizens. Additional information that would be generated by a further investigation would be problematic at the very least.

It is important that Fed officials hold fast the gates against intrusions into its actual workings. Over the next year or so, we'll see how successful they can be, Fisher included.