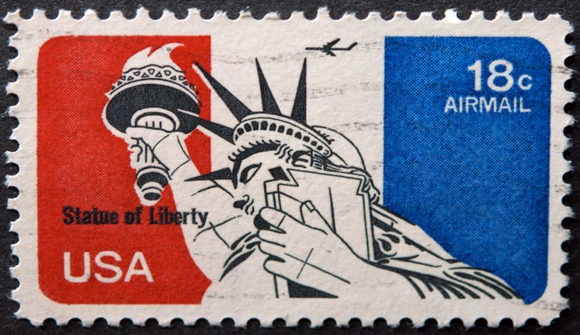 U.S. Postal Service Wins 6 Percent Increase to Cover Loss … The U.S. Postal Service's regulator has approved price increases amounting to 6 percent on most mail, a step the service's board called a "last resort" forced by Congress's failure to pass cost-cutting legislation. A first-class stamp will cost 49 cents, up from 46 cents, starting Jan. 26. Similar changes will apply to magazines, bills and advertising mail. The increases of 4.3 percent approved yesterday are on top of 1.7 percent, an amount equal to inflation, approved last month. – Bloomberg

Free-Market Analysis: Why does the US government cling to a government facility that is not needed and loses a lot of money on a regular basis?

The funding given to the US Post Office and mentioned above – amounting to six percent – is startling because it begins to reveal a rate of inflation that is a good deal higher than what government statistics admit.

But there is an even deeper and more disturbing story here that explains why the US Post Office despite its inefficiencies continues to receive large government checks.

Like so many other aspects of modern society, the US Post Office is not what it appears to be. Post offices are not just aspects of the regulatory state. They are extensions of surveillance. Here from Wikipedia:

The general first post office in London opened in 1643, just 8 years after King Charles I legalized use of the royal posts for private correspondence. It was probably on Cloak Lane near Dowgate Hill. Coffee houses in the City such as Lloyd's and Garraway's organized private transport of mail among their patrons. The Royal Mail (which, following its legalization, held a nominal monopoly on such delivery services) moved its headquarters to Lombard Street in the City in 1678 to better curtail such practices.

We can see that Charles may have rushed to create a royal post facility because private posts were springing up. And the Wikipedia article goes on to explain that gradually, government expanded its franchise over mail.

After purchasing adjacent property in the center of London's financial district gradually became prohibitively expensive, the General Post Office purchased slums on the east side of St. Martin's Le Grand and cleared them in order to establish a new headquarters, Britain's first purpose-built mail facility. The General Post Office, designed with Grecian ionic porticoes by Sir Robert Smirke, was built between 1825 and 1829, ran 400 feet (120 m) long and 80 feet (24 m) deep, and was lit with a thousand gas burners at night.

Britain's first post office was established in London's City where the banking establishment was headquartered. This was surely a banking operation, one initiated around the time that British bankers were establishing and refining England's first central bank. The bankers of the day – the power behind the throne – didn't let their grip slide when it came to new technologies:

… When new forms of communication came into existence in the 19th and early 20th centuries the GPO claimed monopoly rights on the basis that like the postal service they involved delivery from a sender and to a receiver. The theory was used to expand state control of the mail service into every form of electronic communication possible on the basis that every sender used some form of distribution service. These distribution services were considered in law as forms of electronic post offices. This applied to telegraph and telephone switching stations.

Today, using the post office for spying is routine:

Post Office Approves 10K Mail Spying Requests Annually … The United States Postal Service's inspectors approve more than 10,000 requests a year from law enforcement to record the names and addresses on mail sent to Americans for criminal investigations, but won't reveal the number of imilar requests for anti-terrorism investigations, according to a story by Kevin Johnson of the USA Today.

And then there is this from a July 4, 2013 Washington Times article:

Snail mail spy: U.S. Postal Service active partner with feds for surveillance … The U.S. Postal Service has two key programs with the federal government aimed at rooting out terrorism that track and record data on all mail that travels through its offices.

The New York Times reported on a U.S. Postal Service "mail cover" program that's been in place for decades. That program allows postal workers the ability to record – by hand – all the information on the front and back of letters that are mailed to residences, at the request of law enforcement.

But another program, called "Mail Isolation Control and Tracking," is much more high-tech. It started in 2001, after anthrax attacks hit at Capitol Hill and at various spots around the nation, and gives U.S. Postal Service workers the ability to photograph the exterior of each piece of mail that passes through the office. The data is then recorded in case it's needed in a future investigation.

An ex-Justice Department worker said, Newser reported: "In the past, mail covers were used when you had a reason to suspect someone of a crime. Now it seems to be, 'Let's record everyone's mail so in the future we might go back and see who you were communicating with.' Essentially, you've added mail covers on millions of Americans."

Like so many aspects of the regulatory state, the state-run post office emerged as the modern central banking conspiracy began to expand. The national post was the first, mass-audience surveillance system and this explains why governments – especially the US government – will tolerate almost any amount of loss-taking.

Of course, as with so many aspects of the modern, globalist conspiracy, those pursuing it conceal their true intentions under the cover of "public service."

And almost comically, the miserable performance of the US Post Office in particular is held up as a classic example of how government facilities cannot compete with the private sector. Over and over the US Post Office is threatened with extinction. But somehow it never quite happens.

Here from the beginning article excerpt:

The Postal Regulatory Commission, in a 2-1 vote, rejected a Postal Service request to make the higher rates permanent, saying they will probably need to end in less than two years.

The increase is designed to boost revenue by $1.8 billion a year to make up for losses during the economic downturn in 2008 and 2009, according to yesterday's order. "The Postal Service is disappointed in the Postal Regulatory Commission's split decision to limit the duration of a modest exigent rate increase," Roy Betts, a postal service spokesman, said in an e-mail.

The Postal Service, which is supposed to fund its operations through postage sales, can't increase prices by more than the inflation rate without regulator blessing. The commission disagreed with the postal service's argument that it had lost $6.6 billion in revenue from the recession.

Some of the decline has been due to the growth of Internet-based communications as a substitute for mail, which the service isn't allowed to make up through price increases, it found. The Postal Service's revenue from the increase beyond inflation will be limited to $2.8 billion, according to the commission.

"The commission's decision closely follows the law we are charged by the president and Congress to uphold," Chairman Ruth Goldway said in an e-mailed statement. The Time publishing unit of Time Warner Inc. (TWX) and a trade group representing financial institutions including Bank of America Corp. were among large mailers opposing the increase request.

The New York-based Association of Magazine Media trade group, in an e-mail, called the decision counterproductive and harmful to the postal service's long-term prospects. "It will drive more customers away from using the Postal Service and will have ripple effects through our economy – hurting consumers, forcing layoffs, and impacting businesses," Mary Berner, president of the group, said in the e-mail. "It doesn't delay the inevitable but will hasten it."

These sorts of quasi-official conversations have been going on for decades. It is widely acknowledged that post offices generally cannot compete in the modern space. But that is almost beside the point.

Post offices were among the first inventions of the modern surveillance state some 500 years ago. They were, of course, developed in London and the first one resided in the bankers' City itself.

Don't expect the post office system – in the US or anywhere in the West – to be shut down any time soon, if ever …