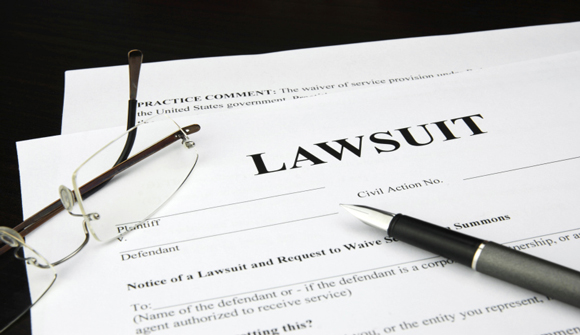 STAFF NEWS & ANALYSIS
Potential Litigation? YouTube Is Not Private and Its Censorship Is Government Policy
By Daily Bell Staff - September 05, 2016

A number of users called YouTube’s actions a threat to free speech, although the company technically isn’t bound by the First Amendment to the U.S. Constitution, since it is a business and not an arm of the government. Like Facebook, it can remove whatever content it wants to. More than anything, however, the dispute reinforces how much of our public speech and behavior is now controlled by large corporations and platforms such as Google and Facebook. – Fortune

The US is run by intelligence agencies that control both Congress and the Presidency. In turn, DC – and London’s City – control the relevant intel agencies and technology and information companies like Google and Facebook.

Facebook is already active in the text removal business and now YouTube is becoming more aggressive. The mainstream media response to what these “companies” are doing is that they are not part of government and can do what they wish, absent shareholder pressure.

But this isn’t true.

They are not private companies. They are government/CIA enterprises. Just look at the history of these companies.

The founders of Google apparently worked for US intel or the military before founding Google. And the CIA funded Facebook with millions when it was just a startup.

Here’s a comment on Google from the crowd-funded Insurge Intelligence site (here):

How the CIA made Google … How the United States intelligence community funded, nurtured and incubated Google as part of a drive to dominate the world through control of information. Seed-funded by the NSA and CIA, Google was merely the first among a plethora of private sector start-ups co-opted by US intelligence to retain ‘information superiority.’

The origins of this ingenious strategy trace back to a secret Pentagon-sponsored group, that for the last two decades has functioned as a bridge between the US government and elites across the business, industry, finance, corporate, and media sectors. The group has allowed some of the most powerful special interests in corporate America to systematically circumvent democratic accountability and the rule of law to influence government policies, as well as public opinion in the US and around the world. The results have been catastrophic: NSA mass surveillance, a permanent state of global war, and a new initiative to transform the US military into Skynet.

A company like Facebook is not responsible to its shareholders. If CEO Mark Zuckerberg were to stop collecting information for the CIA, he would be shoved rudely out the door or worse.

We wrote this about Facebook’s initial funding (here):

The second investment in Facebook came from an individual closely associated with the CIA. It was a huge amount for a start-up, some $12 million.

There’s probably a lawsuit here, were anyone courageous enough to pursue it. Facebook, YouTube (and ultimately Google) are surely acting on instructions of the US government when it comes to reducing and removing content that they claim is “objectionable.”

In other words, what appears to be some sort of weird business decision when it comes to YouTube is part of a larger government program.

YouTube is removing monetization from videos that have sexual content or connotations. But the sexual aspects of YouTube’s activities are merely to cover up the real reason to remove or demonetize videos, which has to do with their political content.

YouTube’s ploy is similar to David Cameron’s when he demanded that vendors ask customers for proactive signatures before providing with websites that included sexual content. There was a list of such sites, but eventually it was reported that there were a number of non-pornographic sites on the list – simply non-traditional or alternative websites that the British government wanted to make less available.

If one wanted to do more than complain, a lawsuit is an obvious possibility. These companies have been marketed publicly as primarily business enterprises when in fact they are pieces of a larger US intelligence apparatus.

Conclusion: One can therefore argue that Vloggers who have done business with YouTube have become involved under false pretenses. They thought they were contributing to a normal business, but in fact their presentations are being evaluated from the standpoint of whether or not they support the current US technocracy.

Editor’s Note: You can see a discussion of the underlying political reasons for the demonetization move now –  in the final two months of the Clinton campaign, here. (From 33 minutes on.)